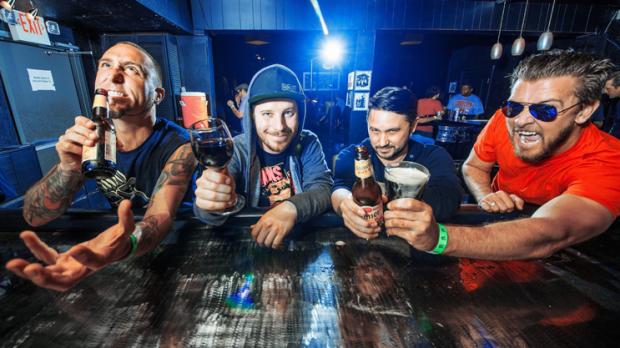 [PUNK] For Authority Zero, dishing out high-energy anthems that shoot the listener up with an uncontrollable urge to throw their body around in the key of rocking out is just another day in the reggae-punk-tinged office. Fans of the Mesa, Arizona-based band come to rock out, whether it’s to the high-octane “Liberateducation,” to the thrashing skate jam “No Other Place.” Since 1994 the band has released five records, and despite some key line up changes (frontman Jason DeVore is the only original member), the band has managed to not only maintain, but perfect their skate punk sound on records like 12:34, and their latest, 2013’s The Tipping Point. Catch Authority Zero with On The Cinder, Reggie Childs and Chester Copperpot at the Studio at the Waiting Room on Sunday, June 26