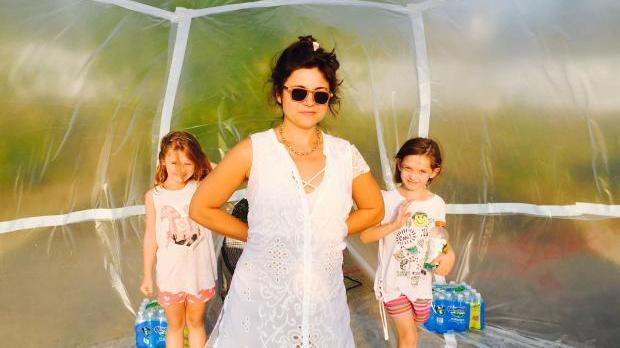 [FESTIVAL] For two days in May last year, Buffalo’s Silo City was transformed into the first annual Indeterminacy Festival. The brainchild of Stanzi Vaubel, audiences wandered through an amalgamation of music, light and dance all the while inside immersive bubbles. Centered around the idea that “indeterminacy” can be a site for fruitful possibility, Vaubel’s describes this year’s festival theme of Emergence as “focusing on the way in which unlikely things can come together in the formation of something new.” In a cultural climate where hearing one another is becoming increasingly difficult, the Indeterminacy Festival offers a valuable lesson in the generative nature of difference. Initially based on scientific theorist Donna Haraway’s idea that to communicate, we must look outside ourselves, Vaubel tapped disparate members of Buffalo’s arts community from the Bird’s Nest aerialists to youth ensembles. Upping her game from last year, Vaubel’s stretched the festival over an entire week beginning with educational workshops and lectures, finally culminating with two large-scale performances on May 18 and 19. The festival will open Monday, May 14 with a film on Donna Haraway and continue through the week with screenings of the film Particle Fever, both at Hallwalls. The weekend performances are Friday, May 18 at 500 Seneca Street and Saturday, May 19 at Silo City; both performances are 8:30pm-10pm. Workshops and lectures given by visiting artists in partnership with and sponsored by the Technē Institute and the NA Fund also run throughout the week. For more information visit the website: indeterminacyfestival.com.