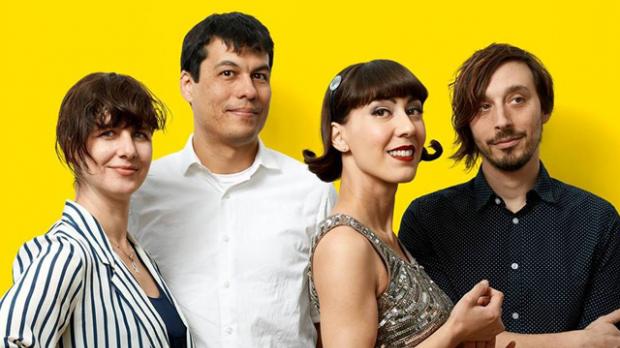 [INDIE] Performing at Mohawk Place this Sunday is indie-experimental pop band Octopus Project. Hailing from Austin, Texas the quirky quartet continues to wow their fans with avant-rock sounds and electronic pop melodies. Their eclectic tunes have reached larger events like South by Southwest and the super festival Coachella. Their latest record, Memory Mirrors, was recorded in part at their home studio in Austin and in part in Western New York with Fredonia’s Dave Fridmann, known for his work with bands like Mercury Rev, the Flaming Lips, and Tame Impala. Their recording sessions for the album were, I guess you could say, unorthodox—they’d record a song and Fridmann would mix it as they went to work writing the next song basically from scratch. Riding on Memory Mirrors, their sixth feature length album, the band is on their spring tour. Also in the lineup is 1960s-esque Italian beat pop band Baci e Ceci.