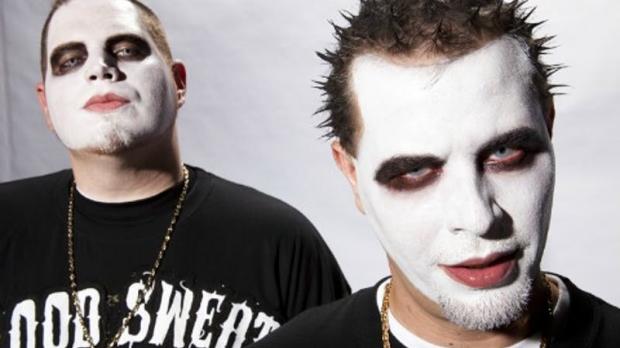 [HIP HOP] In January 2017, Juggalos marched on Washington to protest their designation by the FBI as a gang. Twiztid was there marching for the cause, but to no avail; the FBI denied the appeal from the group and their underground faction of face-painted hip hop fans. Nonetheless, the duo marches on, now on tour and scheduled to invade Mohawk Place for a show on Thursday, March 28. The Detroit-based hip hop group formed in 1997 and quickly signed to the Insane Clown Posse-run label, Psychopathic Records. Since then the duo, Jamie Madrox and Monoxide, have been fairly prolific, releasing a dozen studio albums, and numerous EPs and compilation albums. Their next album, Generation Nightmare, is due out in April, but for this show the band is promising to deliver an event themed around a certain classic “era” from their past. Support comes from Optic Oppression and Bluud Brothers.