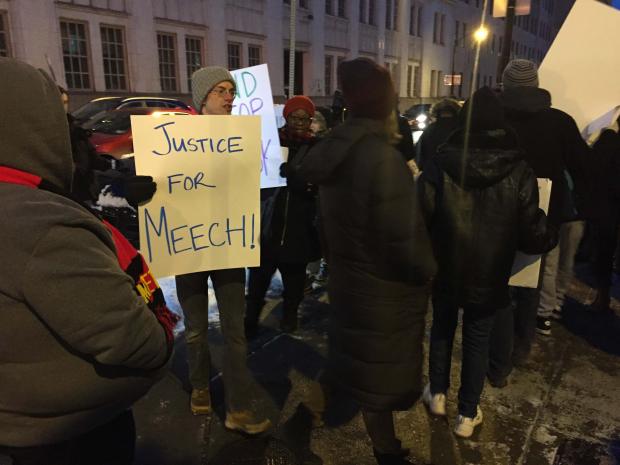 New York’s Attorney General has released the report of his investigation into the death of Wardel Davis. For those aware of the case, probably half are the type who generally assume that when a “known male”—in the language of police report—is observed at a “known drug house” by officers with “training and experience,” the fault for any violence that ensues will lie with the suspect, not the police. The other half will assume the opposite. Both will find something to confirm their presuppositions in the Davis report.

On one hand, the report found insufficient evidence to justify bringing a criminal prosecution against Officers Nicholas Parisi and Todd McAlister. On the other, the report confirmed that there were no other witnesses to the incident. We will never know what account Davis would have given. Parisi and McAlister filed written reports but wouldn’t talk, at least to the Attorney General’s investigators, unless they were permitted to enter the same interview room at the same time and take turns telling a single, consistent story.

If criminal defense lawyers were deprived of the opportunity to cross-examine police officers separately, and out of earshot of their partners, they would never win a motion or a hearing, let alone a trial, that depended on the basic question who do you believe—the police, or the defendant? No one, including the Attorney General, has the “right” to question Parisi or McAlister about the circumstances of Davis’ death, because they can invoke their Fifth Amendment right not to incriminate themselves. But if Davis had lived, and if he had been charged with a low-level criminal offense—though the report determines that he committed none, possessed no drugs or weapons—those same officers would have been required to testify in order for Davis to be prosecuted. Many criminal cases depend entirely on the testimony of police officers.

Judges apply case law to decide whether the conduct of police officers was legal or illegal, constitutional or unconstitutional. A court’s written decision, issued after a pre-trial evidentiary hearing in a case like this one, will typically explain the reason for the hearing and list all the witnesses; describe the version of the facts it “finds” (believes) occurred; and apply the law to those facts. Police witnesses are almost always found to be credible, even when their testimony approaches the “physically impossible,” as when an officer claimed to have spotted “a two-inch long holster clip in a defendant’s waistband from a distance of about 23 feet while driving along a four-lane street even though defendant was wearing several layers of loose-hanging winter clothing.” The defendant’s contrary testimony, or that of any other defense witnesses, is occasionally credited, but more often not. Sometimes the judge fails to even mention it in the written decision. In these cases, police witnesses do not stand on equal footing with the rest of us.

When a criminal defendant does win a pre-trial hearing, the evidence obtained against them due to unlawful police conduct is suppressed, meaning that it cannot be used against them. In many drug and weapon possession cases, suppression is everything: the charges are dismissed and the defendant goes free. Because finding police conduct to have been unlawful comes at such a high cost, courts are reluctant to make that finding. The officer, after all, was “right”—the defendant did have a gun, or drugs. And the Fourth Amendment only protects against “unreasonable” searches and seizures. If he was right, how can he have been unreasonable?

At a January 2017 argument in a criminal case about the legality of a Buffalo man’s arrest for handgun possession, an appellate judge expressed this concern to the prosecutor: “These are tough cases because the officer here had a hunch, and he was right. The guy did have a gun. The problem is, we don’t see all the cases where the hunch turns out not to be correct.” In other words, where an entirely innocent person was followed, questioned, stopped, searched, or—as witnesses frequently testify, but courts almost never “find”—sent sprawling to the pavement by an officer’s flying tackle.

The prosecutor, an Erie County assistant district attorney, responded by suggesting that his office was working to curb police misconduct. “The court also doesn’t see the cases, sometimes, where the officer clearly acts in excess of his authority,” he said, “because we try to weed those out” by not filing charges against the suspect whose rights were violated. (His boss, Erie County District Attorney John Flynn, has made no such concession, at least publicly. When interviewed earlier this year for an embarrassingly credulous CNN story about the Buffalo Police Department, Flynn said of Michael Acquino and Mark Hamilton—two of the BPD Strike Force Unit’s most notorious officers, who have repeatedly had cases dismissed for unconstitutional stops and searches—“With these two guys, it’s always right. There’s never an issue.”)

“Or the people don’t have anything on them,” the judge reiterated, “and they’re intruded upon for no reason at all.” “Right, that’s the other side of the coin,” the prosecutor calmly replied, “and I agree with you, Your Honor, that does happen.”

All judges are susceptible to internal biases and external pressures that make them more likely to credit a police officer’s testimony than that of an ordinary citizen. The judge who asked these questions, Stephen Lindley—like most appellate judges, a former prosecutor—seemed uneasy about that, but many judges are not. President Trump is all but certain to appoint many more federal judges who proudly declare their indifference or outright hostility to the rights of criminal defendants (and immigrants, and those discriminated against by the government or by their employers for any reason other than religion). In the state courts, judges receive their commissions through direct political action (judicial elections) or the highly political process of executive appointment. As political institutions, the courts can be expected to follow the course of popular opinion on the balance to be struck between civil liberties and public-safety concerns.

In other words, the courts can’t save us. The courts will not stand as a bulwark immune to political pressures, because most judges are not assured of keeping their jobs regardless of political outcomes. If the outcome of the Davis investigation, and what the report reveals about police practices in Buffalo, are widely felt by the Public’s readers to be concerning—and they should be—the only solution is demanding reform by the political branches of government.

Benjamin Nelson is a criminal defense lawyer in Buffalo.