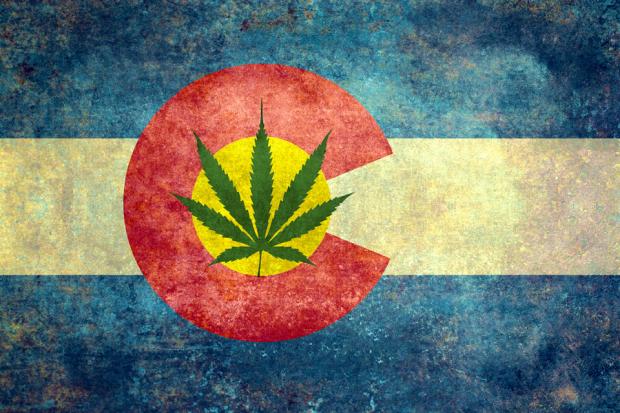 Last week we reported that Nebraska and Oklahoma filed suit against Colorado’s lax weed policy, this week we saw enforcement personnel along the Nebraska’s border with Colorado cheering the action. “It’s basically flooded our county,” Deuel County Sheriff Adam Hayward said, “We want to preserve the quality of life that we have right now.” The article, from a Denver CBS affiliate, cites that Nebraska counties are faced with the dilemma of needing “more time and money” for “drug sting operations to try to keep marijuana out.”

We know that police aren’t always given the choice of which laws they enforce, but we also know there’s a strong political influence over which “quality of life” issues a local force decides to enforce. This website is a treasure-trove of data that establishes among a host of valuable conclusions, that marijuana arrests in New York City have varied greatly over the years depending on who the mayor is. This deserves its own particular attention, but it serves well as an example here.

So the message to the sheriffs and attorneys general on the border counties to Colorado should be to just chill out, man. Municipalities often decide which quality of life issues to enforce and prosecute in a closed-door, undemocratic way and while the nation is still watching Colorado and Washington closely to see how legalization affects their crime rates, addiction treatment services, vehicular incidents, and tax rolls; it’s clear that marijuana is not the narcotic scourge on society the Okies in Muskogee fear that it may be. Besides, public quality of life has little to do with public safety. You only need to drain law enforcement resources to pursue marijuana instead of something more threatening to public safety if there’s been a deliberate political decision to do so.

Other tidbits: The Denver Post reported last week that usage of marijuana has risen according to a national study that yielded that 1 of 8 Coloradoans have used cannabis in the past 30 days. But Rhode Island, with its pesky laws still on the books, still managed to out-toke the Rocky Mountain State by illegal means. Nationally the rate sits at 7.4 percent.

And Colorado homeless shelters have seen a noticeable uptick in traffic, with younger vagrants heading for the hills for recreational pot and older folks arriving for medical marijuana. The Guardian offered the anecdote of Chris Easterling, a Minneapolis man suffering from multiple sclerosis who would rather self-medicate flopping in shelters in a strange town than deal with drug dealers and police back home. But some offer a different perspective: that Denver’s population is expanding and its shelters are merely seeing a commensurate expansion.

Medicinal pot has been approved in New York, but the system to regulate, govern, and license that program won’t be ready to go until sometime in 2016. But there’s a fervent group trying to get Governor Cuomo to get a move on, most of whom are comprised of the families of children suffering from the effects of diseases which are proven to be mitigated by cannabis.

Meanwhile next door in Massachusetts, their own medical marijuana program has stalled for over two years since legal passage. The licensing process has been mired by lawsuits, conflicts of interest, inadequate background checks, and general bureaucratic stickiness.

For the sake of all New Yorkers who suffer from epilepsy, multiple sclerosis, and the many other diseases for which cannabis has been clinically proven to ameliorate negative symptoms, let’s hope New York meets the challenge with expedience and competence. It seems far less complicated for a state to completely legalize the leaf, as Colorado has shown and as Washington and Oregon prepare for their own similar futures, than it does to micro-manage a limited yet over-documented production and distribution system for a limited and over-documented population.

And to show that it’s not just the deep South that is rounding up the bad budheads, a young gentleman in central Pennsylvania was busted after a routine traffic stop yielded a suspicious odor from the perp’s car. They nailed him with felony possession with intent to deliver a controlled substance; misdemeanor offenses of possession of a controlled substance, possession of drug paraphernalia and possession of a small amount of marijuana; along with a summary charge of driving without insurance.” Here’s the kicker: the judge demanded a $30,000 straight cash bail. I’m sure the hard-scrabble residents of Schuylkill County are relieved this pest is finally behind bars for the forseeable future.