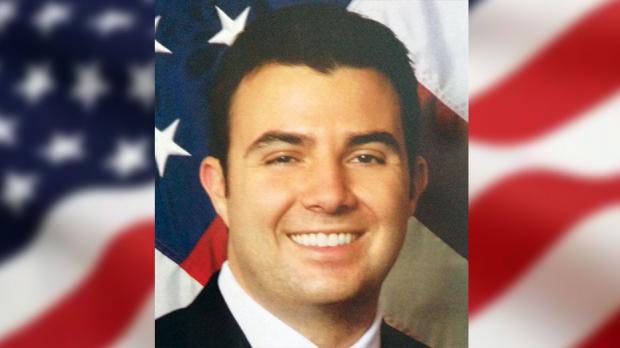 About that legislature email scandal…

This week the Buffalo News carried two stories documenting a blowup among staff and elected officials in the Erie County Legislature. Here’s what happened, in a nutshell: The majority leader, Conservative Joe Lorigo, has insisted that all legislative staff working in district offices punch in to work at 9am and punch out at 5pm; it’s part of his “run government like a business” credo. But district staff often don’t work regular hours—they must attend community meetings in the evenings, for example. When some staffers complained, the majority’s chief of staff, Steve Whipple, sent out an incendiary email accusing Democratic staffers of “steal[ing] taxpayer time…from their cushy district offices where they don’t report to work.” In short, he told them to shut their mouths.

They didn’t. Whipple’s email was leaked to every Erie County legislator, many of whom took offense at Whipple’s heavy hand. Lorigo went nuts trying to find out who leaked the email, even demanding that staffers in his majority hand over their email passwords to him. (Eventually, as reported by Harold MacNeil in the News, this led the county’s IT department to require all Legislature staffers to reset passwords, in order to protect the security of the entire system.) Lorigo finally settled on a culprit: a district office staffer for Republican Legislator Kevin Hardwick, Susan Gregg. Lorigo suspended Gregg’s pay as punishment (and Hardwick paid her out of pocket), but it turned out Lorigo’s intuition was wrong: Gregg was innocent.

Why did Lorigo cast his eyes toward Hardwick’s office when he smelled mutiny in the air?

Here’s our theory: Lorigo, many have told us, is still bitter that in October the Legislature voted to revoke an environmental concession to the Amigone Funeral Homes crematorium in Tonawanda, essentially shutting down the operation. The crematorium is in Hardwick’s district; residents, in concert with the Clean Air Coalition of Western New York, complained that the facility polluted the air and rained ash on their houses, yards, and cars. Hardwick listened to his constituents and voted to shut down Amigone. He was joined in that vote by Republican John Mills and the Legislature’s five Democrats. Lorigo tried mightily to sway his two fellow Republicans in favor of Amigone, but to no avail. They held fast.

Why was Lorigo so committed to the Amigones? Perhaps because the Amigones and the Lorigos are family friends. Joe’s father, Ralph, chair of the Erie County Conservative Party and the source of Joe’s power, lives next door to Anthony P. Amigone, Jr. on Rolling Woods Lane, a pleasant cul-de-sac in West Seneca. Amigone, Jr. runs the funeral home company with his father and testified before the Legislature on behalf of continuing the exemption that had allowed Amigone’s crematorium to exceed state emissions limits.

So Joe Lorigo got angry that his majority splintered on an issue close to his family’s personal interests. As punishment, he cracked down on staff, leading inexorably to the current tempest—which, while revealing of character, has little to do with governance. Unlike the Amigone vote, which does—and unlike the recent budget process, in which Lorigo attempted to prevent the Democrats in the minority caucus from reviewing the majority’s proposed budget amendments until they came to the floor. Though the budget eventually passed unanimously and mostly amicably, Legislator Pat Burke of South Buffalo was so irritated by the majority’s tactics that he described them in a press release issued the next day—a sour note, though true, amid the Legislature’s chorus of self-congratulation.

In any case, water under the bridge, right? Time heals all wounds, etc. We’ll see after the holidays, when the people’s business resumes in earnest.

Under the SAFE Act, the gun control measure shepherded into law by Governor Andrew Cuomo in 2013, a doctor is able to identify mentally unstable patients to state authorities, who then can check to see if those patients have pistol permits.

Last Tuesday, Jim Mulder of syracuse.com reported that that state has so far tagged 278 such patients, who may lose their permits as a result. Nine of those are pistol-permitted mental patients residents of Erie County, where doctors in Erie County identified 331 mentally unstable patients. That’s .036 percent of the county’s population, putting Erie in a tie with Tioga and Schuyler for second-sanest counties in the state.

The only county more stable than those three is Niagara, with .028 percent—a statistic that might suggest under-diagnosis rather than sanity.

Two weeks ago, we reported that investigators from the New York State Police had interviewed a number of people associated with the Erie County Legislature as part of an investigation into the 2013 activities of Western New York Progressive Caucus, a political action committee controlled by political operatives Steve Pigeon and Kristy Mazurek. Our sources at the time suggested that the investigation, which began humbly enough in the offices of the Erie County Board of Elections, had been taken up by the office of the New York State Attorney General.

Now several people have told us that Preet Bharara, the US Attorney for the Southern District of New York, based in Manhattan, is involved. That makes some sense: Bharara has been critical of Governor Andrew Cuomo for dissolving the Moreland Commission the governor formed to investigate corruption in state politics and government, and he sought custody of all the commission’s proceedings, which include the complaint against Pigeon and his PAC. On the other hand, why would the US Attorney use state troopers rather than federal investigators? Bharara’s office would not commen either way.

Keep an eye on that time clock…

In patronage news, we’re told to prepare to welcome attorney Lis Yaeger back into public service. Yaeger used to work in the office of Antoine Thompson, when Thompson held the State Senate seat that Marc Panepinto just won. She was widely accused at the time of double-billing: When she was supposed to be working in Thompson’s office, she was alo representing private clients in the courts. In 2011, she was indicted for filing false tax returns. We’re told’s she’s getting a new job at City Hall. More details as they come…