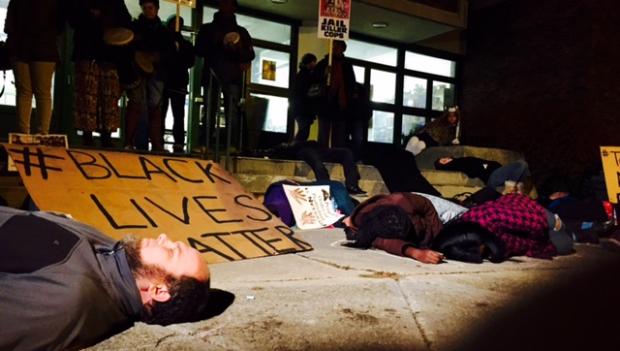 Last night, protestors around Buffalo demonstrated in response to a grand jury’s decision not to indict a New York City police officer in the July choking death of Eric Garner, a 43-year-old African-American man from Staten Island.

In front of PUSH headquarters on Grant Street, about 40 protestors staged a die-in, commemorating a series of people of color killed by law enforcement. As the names of the slain were called out, a protestor fell to the sidewalk. Traffic was stopped for a half hour or so. Coincidentally, Grant Street business were celebrating a modest resurgence of the street as a commercial district that evening: food trucks, an ugly sweater parade, expanded shopping hours, etc.