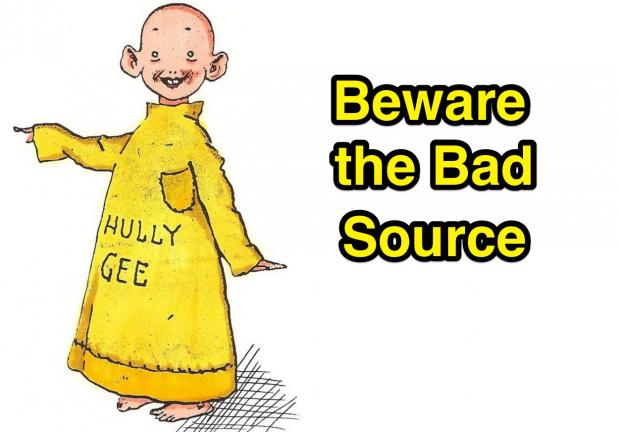 The 1st Amendment is a shield against governmental interference with speech, but it can also be wielded like a clumsy, blunt sword by people looking to make a quick buck or attain some level of notoriety without doing the work needed to earn it.

Among the menagerie of western New York media outlets is one so irresponsibly full of shit, so palpably and unironically packed with lies and falsehoods, that it doesn’t deserve even the ignominy of this piece. Aside from being mostly fictitious, poorly spelled, clumsily written (e.g., ”profuse” and “profound” aren’t synonyms) gibberish, it has a title that lends itself a sheen of credibility such that the unwary can think they’re reading something legitimate or trustworthy. Doubtlessly, loads of people are salivating over the possibility that Andrew Cuomo might be next on U.S. Attorney Preet Bharara’s hit list; however, there are glaring errors that should have immediately rung the bullshit bell for someone of Ravitch’s stature. Federal prosecutors don’t make decisions about bringing corruption charges against a public official — much less a sitting Governor — because they “feel” anything. Bharara isn’t going to prosecute Andrew Cuomo because he “feels emboldened” after winning a conviction against Silver “on all of seven” [sic] corruption charges. The jury didn’t convict Silver because of a public “appetite” to see corrupt officials go to jail; they convicted him because the prosecution presented evidence and testimony that proved beyond a reasonable doubt that Silver had committed these crimes. The jury, as the finder of fact, then applied the law per the judge’s instructions, and found Silver guilty. Federal criminal prosecutions don’t hinge on a jury’s attitude, or on a jury’s measurement of public sentiment — they are determined by evidence and the law. To suggest otherwise is ignorant.

Three sources “confirmed” this? Who are they? Why did they choose to be anonymous? Why did the author choose to grant them this anonymity? Where do these people work, and how did they attain the necessary information needed to “confirm” anything? Do they work with prosecutors? In the administration? Are they staffers? Legislators? Law enforcement?

Have a Cursory Knowledge of Law and Procedure

Prosecutors like Mr. Bharara, by the way, don’t “indict” anyone. Grand juries indict. The prosecution presents evidence and testimony to a grand jury, which then determines whether probable cause exists to charge the target with a crime; if yes, it returns an indictment and the defendant is arrested and charged. Here’s a link to the grand jury indictment of Sheldon Silver. The U.S. Attorney controls the process, but he doesn’t have the foresight to determine the date on which an indictment may come down, nor is he guaranteed of an indictment at all.

Also, January 1st is a holiday and January 2nd is a Saturday. Grand juries aren’t going to be in court to indict anyone on either day. It’s all fantasy.

If you’re unable to confirm “widespread rumors” that other people may also be indicted, then it’s wholly irresponsible to name them. That’s defamation.

“Thought to be guilty”. Is this real life? Maybe say someone accuses him of obstruction of justice, or something along those lines, but guilt is determined by a jury after a trial, not by a blogger. What actions did Schwartz take “in the hours immediately following Bharara’s confiscation of Moreland Commission documents?” Bharara had to subpoena the Moreland documents — he couldn’t just “confiscate” them, and Schwartz is accused of meddling in the issuance of a subpoena to “Buying Time”, a media firm that Cuomo’s campaign had used, as well as generally interfering on and monitoring the Moreland Commission’s actions.

If Schwartz is accused of somehow not complying with a federal subpoena, or destroying evidence, that’s something that likely would have been raised by prosecutors by now.

One of the three sources is an Albany insider? Then I’m going to guess the three: Al Coppola, a guy who once parked Carl’s car, and Joe Mascia.

This is all speculative BS, completely devoid of facts or journalistic integrity, that merely hurls accusations of crimes around at people. “Longtime Albany insider” could mean anything and nothing. Ultimately, the article is fantasy pushed as fact, yet its falsity is evident from its lack of a basic understanding of how the criminal justice system works. It’s like spreading a rumor that Brian Higgins is leaving Congress — completely false with no basis in reality; someone’s wishful thinking. Yet what’s Higgins to do? Dignify that with a denial and response? Hire a lawyer and spend thousands to sue? Remember the old quip: a lie can travel half way around the world while the truth is putting on its shoes.