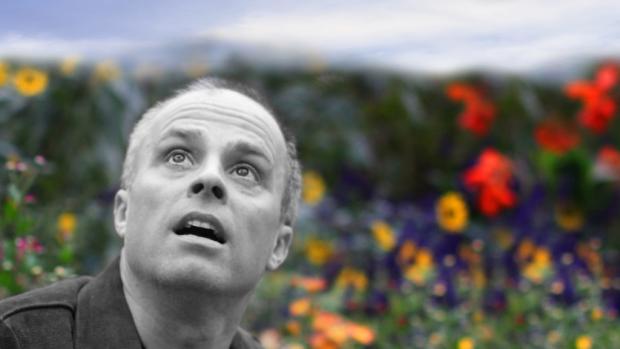 Getting dissed by Debbie Harry is a high impact experience, especially for a gay dude. Thirteen years ago, I experienced it over the phone, and it was rough. So, I can only imagine how comic actor Peter Michael Marino felt when the iconic bottle-blonde put the kibosh on future productions of his musical – a stage adaption of the film Desperately Seeking Susan that used Blondie songs instead of the original movie soundtrack featuring that other fake blonde.

Marino, who attended Buff State in the mid-1980’s and now resides in Manhattan, will perform his latest production, Show Up, at Nietzsche’s on Thursday, December 7. It’s been ten years since he faced the reality that his re-interpretation of the Madonna classic wasn’t going to win a massive audience, never mind a Tony. But working through the fallout from that experience turned out to be a catalyst for multiple spinoff shows; it even informs Show Up.

“In a weird way the Blondie thing relates to this show,” he said over the phone. “Show Up delves into some depression and social anxiety issues, and I never had any of those until my musical suddenly closed. It was a fuse, I guess, and actually made me aware that depression is in my DNA.”

Initially, Harry had loved the idea. It’d come to Marino on a whim one night while goofing around with a friend: based on the tone of Harry’s songwriting and the fact that nobody had done a Blondie musical yet, Marino envisioned the Susan storyline blending well with the band’s best known material. But when it opened and closed within a month at London’s Novello Theatre in 2007, Harry distanced herself from the entire project. A subsequent production in Tokyo two years later was a hit and did well financially, but as of this moment in time, Blondie won’t budge – Marino is blocked from mounting additional productions of the show.

Despite his shock, Marino parlayed the experience into Desperately Seeking the Exit… the international hit show about a shit show, which fared considerably better, as well as Desperately Screening Susan – more of a workshop that chronicles adapting a film to stage.

“You can be sad when bad things happen, but this was unusually awful,” he reflected. “It’s like your baby is born… then you discover it’s ugly and everyone wants to kill it. Maybe I’d been having depression my whole life and hadn’t realized it before then. But particularly with the social anxiety, it’s something I’ve really struggled with since the show closed in 2007. People tend to think it’s an odd dichotomy since I spend much of my life getting up on stage, but when I’m on stage I don’t have to really engage with anyone on an interpersonal level. It‘s actually much easier for me than a face-to-face interaction.”

Ironically, Show Up is built on audience participation. Marino realized a need to develop new material for the 2017 Edinburgh Fringe Festival, where he’s been an anticipated regular. As a writer, producer, director and teacher of comic techniques and the creation of solo shows — he’s the founder of SOLOCOM, which as premiered over 400 solo comedies since 2013 – Marino’s instincts are mighty sharp. Even still, it can take a while for a new idea to become focused.

”I’m an improviser, so the title came first,” he said. “Then I started collaborating with director Michole Biancosino, and we decided it should be about the creation of what people think of as a solo show – a show within a show. Solo shows are usually based on a life changing experience, i.e. you got cancer, you moved to china, etc. I didn’t want to have to write a whole show, so I developed it in such a way where I gather info from the audience and improvise a show with it. Boom.”

It was in the process of developing the very few parts of Show Up that are loosely scripted that he began to understand that the show was really about him working through some of these ongoing mental health issues.

“The bottom line is that it’s really hard to show up for stuff in this life when you struggle with depression and anxiety,” he said, referencing the show’s title. In the year and a half since he began performing it, Show Up has gained momentum with audiences that understand all too well how difficult it is just to be present in our demanding modern lives. It’s also given Marino a mission, which has him partnering with mental health groups and using social media to spread the word to folks that might not normally brave a crowd to see a performance.

“The idea is two-pronged: I wanna illuminate the condition to those fucking extroverts and let the others know that they’re not alone,” he said, laughing. “It was important that it be about something else other than just me doing another show, and this way I’m making it about the audience’s life experiences.  I’m the first person to tell people I work with on developing their own shows that ‘just because it happened to you doesn’t make it interesting. Your product has to help people in some way.’ I mean, you can’t expect people to come see your stuff just because you’re doing it. Taking it to Edinburgh was the perfect test – no family, no friends, nobody that gives a shit about who I am on a personal level, and we got five star reviews and packed houses.”

Peter Michael Marino invites us to Show Up at Nietzsche’s on Thursday, December 7, 8pm. Pay what you can!