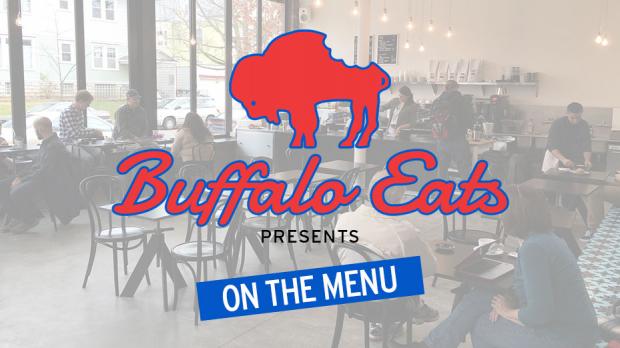 The talented gals at BreadHive have just announced plans to open up a cafe at 402 Connecticut street in 2016. Their baking on Baynes will continue but the cafe will allow them to flex their kitchen muscles and team up with their friends at First Light Creamery, Barrel + Brine and Public Espresso. The Cafe will sell sandwiches, soups and pastries for lunch crowds.

Even though Tipico has been open for less than one week, locals are already raving about their coffee and sharply designed West Side location. The minimalist design paired with some of the most beautiful latte art we’ve seen locally has been a hit. They’ve kept the coffee and food menus small and focused. Customers will be able to grab a latte or pourover but they will also have a quick cup of coffee for people with limited amounts of time. The food features salad, toast (from BreadHive) and sandwiches.

RJ Marvin’s pickle and fermentation factory is up and running, which means that Buffalo’s pickle game is getting a lot better. What once was an industry dominated by shops in the Broadway market, RJ is planning on doing some fun new things that we haven’t seen locally. Blood and Mary pickles, IPA pickles and Horseradish pickles are just a few options that you’ll be able to buy. Check their Facebook page for updates on retail hours.