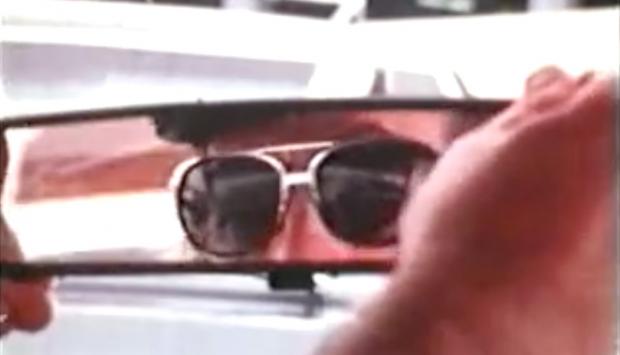 In the English tradition of critics of the spatial imagination—Ian Nairn, Jonathan Meades, and more recently, Owen Hatherley—Reyner Banham is situated somewhat awkwardly.

He lacks the sodden pathos of Nairn but shares his eye for everyday rhythms and structures; he lacks the haughty conviction of Meades but shares his predilection for the odd contrarian opinion; he lacks the radical commitment to communitarian ideals of Hatherley but shares his optimism in the egalitarian potential of design. He also talks a lot about America—where he lived and worked for a lot of years—and those three other guys don’t.

Banham taught at the University at Buffalo and wrote two books about the city: Concrete Atlantis, which traces the influence of Buffalo’s grain elevators on the International Style; and, Buffalo Architecture: a Guide, which disses the Niagara Falls public library (from memory: “Rudolph in an expressionistic phase” = major disrespect) but which is mostly fine otherwise.

Reyner Banham Loves Los Angeles, for its part, was made in the rollicking farcical 70s funk mode which I find baffling and frankly annoying unless Robert Altman is in charge and even then it’s kind of like jeez. Watching the film today is instructive: we’ve gone from farce to tragedy, a formal shift explained p much by historical materialism: Banham thrived during capitalism’s postwar heyday and had good reasons for his (techno) optimism; we live in its backwash and are hoping just not to have our jobs replaced by an app or to have to sell our plasma to pay for an ER visit. It’s cruel really.

So, much of what Banham celebrates—the car, the freeway, the factory, public housing—has had a pall cast over it when we consider their respective counterparts: global warming, suburban sprawl, outsourcing/automation of work, the predations of developers and the rentier class.

Los Angeles “breaks all the rules,” lectures Banham, and despite this is a success: “You can build a city any shape you like as long as it works.”

His examples of the smooth functioning of LA’s planning are scattered and, much like the whole of his celebration, cruising the surface: the bodybuilders of Venice (“Muscle artists working out fantasies on their own bodies.”); the plastic sculptures of Vasa Mihich (“You feel kinda like free, you know? You can do crazy things, and get away with it. You can even find some crazy people [who] will buy this too.”);  the hypostatized ennui of Ed Ruscha (“Um. Maybe gas stations. Or any kind of edifice that has anything to do with the car… the fact that they can just put em together in three days or less.”); a guy who lives in a van to which he escaped (wait for it) from a commune—fuck!

At the present moment, Banham’s examples of the city’s dysfunction resonate with greater clarity and depth. There are some places (Rolling Hills – “a little defensive kingdom that keeps strangers out”) where he cannot go: “Private cities you can’t get into”…“It’s like the Balkans before 1914.” The simmering confrontation with the representative of a private security firm (“That’s my job”). There’s the lament that there are no great works of public architecture. There’s the sarcasm with regard to the social reality of minorities, and the nervous jokes about impending ecological disaster. The only woman to take the screen is a stripper. Not a good look my man.

“The flâneur,” said Benjamin of Baudelaire, “is a spy for the capitalists, on assignment in the realm of consumers”:

“In the flâneur, the intelligentsia sets foot in the marketplace—ostensibly to look around, but in truth to find a buyer… On the other hand, the increasing commodification of urban life leaves less and less for the genuine flâneur to discover…”

Hm leaning a lil too hard on ‘genuine’ but anyway: under the reign of privatization, the space available to free society and free thinking shrinks. What can the flâneur do but double down, accommodate his spirit, do mad irony, become masochist?

It follows that, with the shrinkage of publicly available space to stretch one’s legs and imagination, one’s faith in the process which brought it about must falter. To his credit, Banham has that energetic intellect that does not succumb to such melancholy. Good for him but hard to ignore for me rn.

Which isn’t to blame Banham but to question his hyperfocus on pomo playfulness—the hope that it might reflect anything other than a preemptive display of privilege. Taking a larger career-sized scope, Banham’s association with and praise for the Peter and Allison Smithson was possibly meant as an ethical counterbalance, but with the deterioration of its political and moral force (e.g. former council blocks neglected, repackaged as luxury condos, and marketed to well-off whites as suburbs within the inner city) its promise has collapsed. You want to know precisely how Banham squares his belief in disposable design with, say, the concomitant transfer of wealth from the third world to the first.

In this light it’s not hard to flip the presumptive answer to the question posed by Banham’s book on Brutalism: ethic or aesthetic? Nor is it hard to infer the ethic of that aesthetic. We now know that the fusion of capitalist political dynamic with socialist housing policy is a non-starter. In Buffalo, one needs to go no further than the waterfront where Paul Rudolph’s Shoreline housing projects are slowly suffering “demolition by neglect.” Next door you see the future: the bland signs of comfort with which the bourgeoisie surrounds himself at the expense of the poor whose discomfort pleases him. The overfamiliar signs: pale blue shutters, beige vinyl siding, winding yet cramped roadways (these are meant to mimic the long driveways of the rich of another time), the inaccessibility, the strained attempts at prestige. A cursive gilded cri de coeur: these things represent to me success, says the loud healthy dipshit. It is a great accomplishment of the béton brut method to have so thoroughly offended such a blighted consciousness, but method can be incorporated into the realm of taste (see: the current revival of interest in Brutalist design elements)—only a radical response to the material reality (Who’s paying? Who’s benefiting from said payments?) contains progressive potential.

You can’t get there with good design, which raises again Banham’s other question wrt L.A.: “is it a style or frame of mind?”  Neither. The either/or proposition presumes a dilemma to be solved by the individual, who is, in his sophisticated isolation, incapable of doing so.