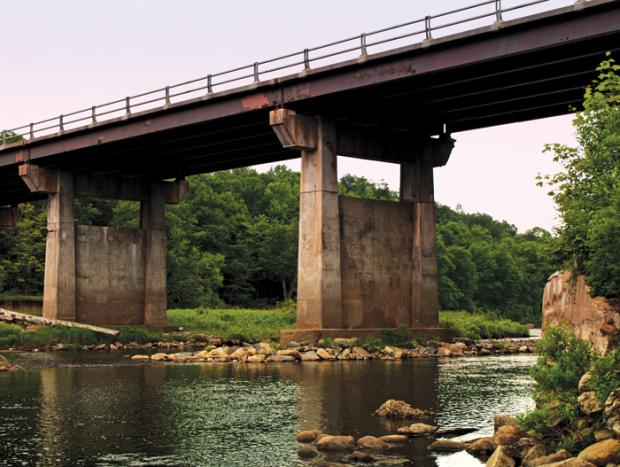 But in the following weeks, lawmakers outside New York City responded with calls for an equitable investment in upstate’s aging infrastructure. And while infrastructure needs are a typical part of every year’s budget negotiations, the MTA agreement could spur enough political pressure during the 2016 legislative session for a significant statewide pledge.

“I do hope and think there is a need to pay more attention to this in the upcoming session,” state Senate Transportation Committee Chairman Joseph Robach said. “The time’s long overdue to now spend some money on transportation issues before they get too out of our hands, too dangerous or (start) demanding our attention all at once, which could really be very detrimental to New York.”

“While large projects such as the MTA’s capital plan and the Tappan Zee Bridge replacement get most of the attention, we know there are roads, bridges, and water and sewer systems across the state that are in dire need of repair or replacement,” DiNapoli told City & State. “For our state’s economic future, we need to fix them. The key is prioritizing projects and clearly identifying how the funds will be spent.”

Several key pieces of infrastructure in upstate cities, such as I-81 and I-787, are nearing the end of their functional lives.

Robach said the state Senate Republican conference has long called for more equitable funding for upstate infrastructure, but there needs to be a louder call from the Assembly, as well.

A spokesperson for the Assembly Democratic Conference said Speaker Carl Heastie spent the summer touring the entire state and “is well aware of the needs of upstate and supports investments in infrastructure throughout New York.”

Bronx Assemblyman Michael Benedetto agreed, and said he will be holding hearings around the state to talk about infrastructure and the needs of various counties and cities.

“There have been questions from others, and rightfully so, from upstate who are not involved in the MTA, and they have concerns about infrastructure throughout the state,” said Benedetto, the chairman of the Assembly Committee on Cities. “We always want to do these things, but where are we going to get the funding from? So many are calling for the upstate infrastructure and that has to be addressed, I believe, at the same time.”

Robach noted the federal government has decreased its funding for infrastructure and said he would fight to increase the amount.

“Everyone in this country ought to know by now that the infrastructure in the northeast part of country is aging,” Robach said. “So, just like they’ve spent money to help some parts of the country expand, it certainly makes sense to me to have the federal government spend some money on us to minimally maintain our infrastructure, as well.”

Robach said he has met with transportation officials from New York City and on the local government level in upstate counties, all of whom have told him a major investment in infrastructure cannot be put off for much longer.

“I think more and more people are starting to pay attention, understand the need and certainly in the media, when you see bridges being closed or literally being safety issues, people get very concerned,” he said. “We need to address this more aggressively.”

Ashley Hupfl appears courtesy of a content sharing agreement between The Public and City & State.