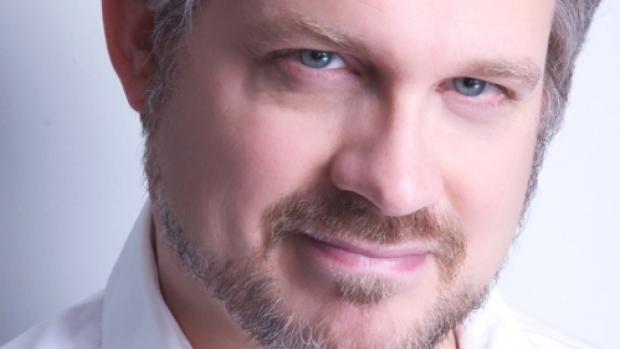 On Sunday, November 19, Nickel City Opera will offer a performance on The Music Shop, a one-act farce, at the Nichols School’s Flickinger Performing Arts Center. This production is a collaboration with the Springville Center for the Arts, where the show has been playing for students and which will host two public performances, on November 18 & 19.

The company was founded in 2004 by artistic director Valerian Ruminksi, a Buffalo native who has built an international career as an operatic bass, with roles at the Metropolitan Opera, the Opera Lyra, and the Opera de Montreal, among others. In its 13 years, Nickel City Opera has endeavored—and sometimes struggled—to establish an audience, a theatrical home, and institutional support for a regional, full-scale, professional opera company in Western New York. It hasn’t been easy. We spoke to Ruminski this week about The Music Shop and the challenges the company has faced.

This is a modern farce, sung in English. Do you find that a show like this opens opera to those who think of the form as strictly classical?

The Music Shop is a one-act opera, about 50 minutes long, which is part of a trilogy written in 1990 called The Chekov Trilogy, based on short stories by Russian writer Anton Chekov. Of the three operas, this is the flat-out comedy about a man who goes to a music shop to buy sheet music of a song for his overbearing wife, which she will sing at the wedding of the Prince. Unfortunately he forgets the name of the song and chaos ensues. He demands that the shopkeeper and his assistant sing all the sheet music in the shop so they can find the song. He has hallucinations of his wife yelling at him and a chorus of peasants invades his hallucination to execute him because he ‘”forgot to write down” the name of the song. It is a very silly, hilarious and fun opera.

People are mostly surprised when an opera like this is presented. It’s funny, it’s melodic, it has slapstick and dancing and goofy humor all through it. They ask, “This is an opera? I never knew.” Also, when you have good performers and a good director, like Steve Vaughan, it brings it to a new level.

Who are you performing with in this show?

I am singing the role of Dmitri Petrovsky who is the owner of the music shop. He is a fanatic about music and a bit of a pompous ass. My compatriots are former schoolmates of mine from the Academy of Vocal Arts in Philadelphia who did this show with me back in the 1990s. Sheryl Heather Cohen plays Masha, my assistant. Ubaldo Feliciano-Hernandez sings the role of Ivan Stepanovich, who is the husband who cannot find the piece of music he needs for his wife to sing at the wedding of the prince. Melissa Parks sings the role of his wife, who is nameless and appears as a hilarious apparition in Ivan’s hallucinations which the audience gets to see.

Who else is involved?

This is a co-production with the Springville Center for the Arts. We are doing almost all the shows in Springville because they are subsidizing a large portion of it, and we are opening up the show to the students in many schools out near Springville. We actually have six high school kids playing peasants in the dream sequence. Seth Wochenski, the director of the Springville Center for the Arts, has been wonderful. Thousands of kids are getting exposure to this opera and the opera singers we have in town.

Because of all the work involved in putting this together, I thought it would be a shame not to bring it into Buffalo for our regular audience, so we booked the Flickinger Center at Nichols School for Sunday, November 19.

Steve Vaughan is our director and production director. He is great and has been a driving force behind Shakespeare in Delaware Park for 26 years. Eileen Breen, who helped me start Nickel City Opera, is working hard at PR and marketing the show to the area.

Nickel City Opera is the best underfinanced and underappreciated local arts company that produces large scale shows. Our annual budgets, between 2012 and 2015 at the Riviera Theatre in Tonawanda, were hovering around $100,000 per production. Our World Premiere of SHOT!, which premiered at Shea’s in June 2016 was a $320,000 show. I do not believe there is another local production company that has produced such large-scale shows other than NCO except for the Buffalo Philharmonic Orchestra, and comparatively we exist on a disproportionate amount of charity. NCO needs solid corporate sponsorships, a bigger and more robust board of directors, larger grants from major foundations in Buffalo, and an effort from the major theaters that can house us, like Shea’s, Artpark, and the Riviera, to extend generous discounts to a local producing arts organization for rentals. Catching breaks is the only way opera will survive and thrive in this city.

I am headed to Hong Kong to sing in a production of La Boheme. As for Nickel City Opera, we are having a meeting to plan what we want to do next after The Music Shop is finished. It looks to be a larger version of what we planned to do with The Elixir of Love, by Donizetti. We are hoping our association with Nichols School will allow us to do more shows there. Beyond that, I have a children’s opera I have working on for 20 years in the works. I hope to get it off the ground.

Why is Nickel City Opera important to Buffalo?

It is important because opera is an all-inclusive art form. It contains singing, orchestra, set design, dance, acting, and more. It is an art form that can integrate all of the separate art forms in the community and channel them into one big production. That is what we did with SHOT! at Shea’s last year. I have been trying to get Nickel City Opera up on the next level so we can have a significant impact on the arts scene in Buffalo. I ask the community to respond and let me know that I am not carrying a torch in futility.

Another reason why we are important is that we pay people for jobs done. Commerce is conducted in the name of opera. People are flown to Buffalo to work here. They spend money here. The arts is accountable for as much or more dollars spent and moved as the Bills or the Sabres. If anything, the sports teams cost Buffalo in terms of tax money spent for breaks and stadium renovations. For the amount of dollars spent, the arts have a much bigger impact than the sports teams. How great would it be for Nickel City Opera to host a national Opera America convention, which would bring thousands of opera people here to enjoy chicken wings and beef on weck? Why not?

So, even if you don’t like opera, at least help opera to bring in commerce for the city.