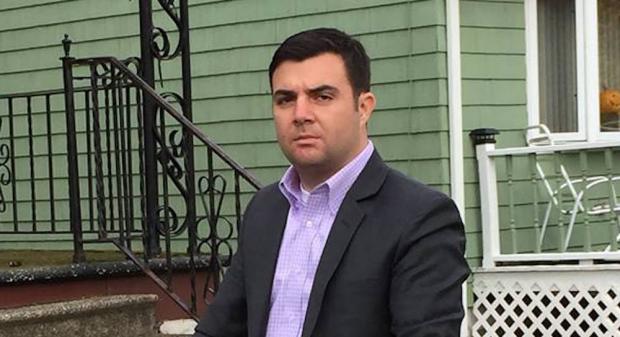 Not content to disseminate a lie via robo-call and TV ad, and undeterred by the threat of a defamation lawsuit, the campaign to re-elect District 10 Erie County Legislator Joe Lorigo has sent out a mailer smearing his opponent, Democrat Michelle Schoeneman. Once again, the Lorigo campaign is pretending that Schoeneman, if elected, want to place “free heroin shoot-up sites” in the district’s towns and villages.

The mailer is, in one particular, a worse lie than the absurdly over-thte-top TV commercial or the misleading robo-call. The mailer is designed to appear as if it originates with Schoeneman’s campaign:

Note that the top of the front page reads “MICHELLE SCHOENEMAN FOR ERIE COUNTY LEGISLATURE,” as if this is a piece of literature was created and sent by her campaign. Schoeneman’s campaign website and email address are offered, too.

Lorigo’s name is nowhere to be found; there is no indication who paid for the piece. But the PO Box return address on the back page belongs to the Erie County Republican Committee’s Chairman’s Club, according to the New York State Board of Elections:

That committee has not filed a campaign finance disclosure form with the state board of elections since July; we’ll be watching to see if it does so after the general election, as required by law if it paid for this mailer. The ECRC Chairman’s Club is used primarily as a means of paying Erie County GOP chairman Nick Langworthy: About $30,000 of the roughly $50,000 it has spent since the beginning of 2016 was directed to Langworthy, according to the committee’s filings.