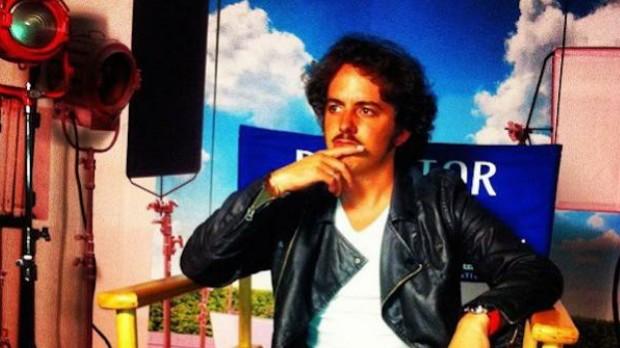 “A highlight of the Buffalo Dreams Fantastic Film Festival” is a phrase that can be completed in many ways. But one of them is certainly Saturday’s tribute to rising star Isaac Ezban, the writer-director who was first here in 2011 with his unforgettably grotesque short film Cosas Feas (Ugly Things). Last year saw the premiere of his mind-melting debut feature The Incident, a movie which deserves comparisons to Christopher Nolan. (I’d tell you about it, but the less you know about it the better—just go see it.)

Saturday’s tribute includes both those films along with his new movie, The Similars, a sci-fi thriller inspired by “The Twilight Zone” about people stranded at a bus terminal during a national emergency who find their differences melting away.

Fun fact: Ezban owns his own drive-in movie theater in Mexico City. Even Quentin Tarantino doesn’t have one of those! He will be in Buffalo on Saturday to do Q&As for all of his films. I caught up with him recently between film festival appearances.

There are so many film festivals devoted to horror or sci-fi or genre films, and I’m sure your new movie is at a lot of them. You can’t possibly travel to all of them. So why come to Buffalo, which is a small festival and certainly not close to Mexico?

I believe the film industry is about stories, creativity, ideas, originality—but, above all things, this industry is about loyalty. It’s about building a family and then staying close to your family. Buffalo Dreams has supported my career from the beginning (when they played my short film Nasty Stuff to a good amount of people), so it’s an honor to come back to present my second feature film. And it’s not just loyalty —I really enjoy coming here.  Greg Lamberson and Chris Scioli have done an awesome job with Buffalo Dreams. I love to be a part of this family and see it growing and growing it each year. And the audience is amazing, I like how they react to my work and I´m excited to hear their thoughts on this new film. Also, Buffalo Dreams is doing the first ever retrospective screening of my work, and that is something I will never forget. Couldn´t miss it.

What kind of movies got your attention as a kid?

I really loved horror movies and science fiction movies, stories that would take me away to another reality but within this reality.

Tell me a movie that, if it comes on TV and you watch a few minutes of it you have to keep watching it even if you’ve already seen it a hundred times.

That happens to me with Stanley Kubrick´s The Shining, Frank Darabont’s The Shawshank Redemption, Richard Kelly’s Donnie Darko, any film by Christopher Nolan, Steven Spielberg, David Fincher, Quentin Tarantino, and many more.

When I was a kid TV used to show a lot of the Mexican monster movies of the early 1960s, which were done in the style of the classic Universal monster movies of the 1930s, with characters like Nostradamus the vampire, and stars like Herman Robles and Abel Salazar. I know a lot of people my age fondly remember them; are those still shown in Mexico, or are they largely forgotten?

I believe those specific movies are mostly forgotten, at least in the new generations, but there´s a big place for them in the old generations. Something like El Santo, for example, has managed to be more mainstream and finds new audiences.

Mexico has a big history of horror cinema, perhaps because we are a nation with a big cultural background of legends and traditions that relate to horror, ghosts, vampire and stuff like that. There are many big genre directors who did horror in the past. For a period there were no Mexican horror films (and almost no Mexican films at all), but in the last decade or so, there’s been a renaissance of Mexican cinema and of young directors approaching genre films.

Of course, it has helped a lot on the way we see and understand each other as filmmakers. And not only at home—I believe it has also helped the image of Mexican filmmakers internationally. There are also a lot of haters, of course, as with everything, who say “We should not celebrate or take credit for those awards that Cuaron or Iñarritu won because those are not Mexican films, they´re Hollywood films,” That attitude makes no sense to me at all. Of course they´re not Mexican films, that’s obvious. But the fact that so many Mexican filmmakers have been recognized internationally in the last couple of years, from Cannes to the Academy Awards, of course should make us feel very proud! We should celebrate those triumphs, which help the image people have of Mexican filmmakers and inspire more Mexican filmmakers and the people they work with to look for more projects, to support and do more films. So I think it does help us at home.

The Similars takes place on October 2 1968. Mexican viewers will presumably recognize that as the date of the Tlatelolco massacre, in which the Mexican military fired on student demonstration, killing as many as 300 people. For many years the incident was covered up and the exact death count still isn’t known. But audiences in other countries probably won’t get the reference.

The Similars is my love letter to the science fiction of the 1960s, in all its aspects—the aesthetics, the story, the themes, the music. The good science fiction of that time always had social or political commentary, explored metaphorically using a sci-fi or fantasy concept. But at the same time they had stories that worked even if you don’t get the metaphor. So a story about an alien invasion could have been a metaphor for the cold war, paranoia about nuclear war, etc., but t the same time a funny, entertaining alien invasion story.

I wanted to do that but in Mexico. So I sat down and thought: what was happening with Mexican society in the 1960s? And that’s when I came up with the idea to use the days prior to the Tlatelolco massacre as the background of my story.

To be clear, The Similars was never meant to be a political movie or a polemic. This is NOT a movie about Tlatelolco, this is merely an entertaining sci-fi thriller. But I do like to have that metaphor in the background, that time when people worried that all authority—the family, universities, the workplace, the government—was trying to make us all into the same person, which is what happens in the movie literally.

But I believe that if an international audience doesn’t know any of that history, they can still get on the ride and enjoy it. And maybe it will prompt some international viewers to investigate what happened in Tlatelolco; at least that’s what some viewers have told me.

If some Hollywood producer offered you a $100 million budget to do whatever you wanted, what kind of a film might you make?

If that ever happened, my dream would be to make a film that could be at the same time very big, very ambitious, appealing to a broad audience, but also original, smart, and even risky. Kind of like the work Christopher Nolan is doing: a film like Inception can be considered a Hollywood blockbuster, but it’s very different from movies like Transformers or The Avengers, which never make you think, you just enjoy them with your popcorn. Originality is very important to me, even if it is built on already existing references, but connecting with to the minds of wide audiences is important as well.

For more information about Buffalo Dreams, visit their website.