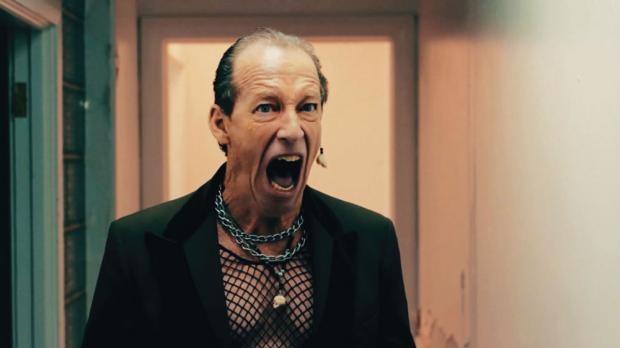 How much filmmaking is going on in Western New York? This year’s edition of the Buffalo Dreams Fantastic Film Festival boasts an astonishing 30 of them, including nine features—and none of that overlaps anything shown at the recent Buffalo International Film Festival.

Begun six years ago as Buffalo Screams, Buffalo Dreams rebranded itself three years ago in recognition of the fact that it covered so much more than horror movies. While the bulk of the programming is solidly genre-based— science fiction, fantasy, crime thrillers, action, cult and fan films—founder Gregory Lamberson is more than willing to make room for anything local, whether it be straight drama (like Sugar Wonder Blues, set in Buffalo’s Lovejoy district where two brothers fight for control of their father’s auto repair business after his death) or raunchy comedy (The Weirdsies, about teen guys obsessed with—well, what all teen guys are obsessed with).

Not that fans of the gruesome and grotesque need worry: Over the eight days from November 4 through 11, Buffalo Dreams will also offer local productions whose titles speak for themselves: Dick Johnson & Tommygun vs. the Cannibal Cop, Wolf House, Frankenstein’s Patchwork Monster.

And those are only the local productions. Culled from 300 submissions that Lamberson and co-chair Chris Scioli viewed, Buffalo Dreams will present more than 100 films from the United States, Canada, Mexico, Australia, and Italy.

The festival kicks off on Thursday night with the 3-D feature Aztec Blood at Flix in Lancaster. Tickets are only $2 for this special screening. The rest of the fest moves to the Eastern Hills Mall Cinema, where it will unspool from 1pm until midnight every day, including lots of Q&As from visiting filmmakers.

Some highlights from among the films I previewed:

BITE—If you want to see a classic scary monster movie and only have time for one, this is it. A woman returns from a bachelorette holiday in Costa Rica with a bug bite that just won’t heal, and before you can say “David Cronenberg!” her apartment has become a hatchery for thousands of eggs. Filmed in, of all places, Guelph Ontario, with a ferocious leading performance by Elma Begovic.

THE SIMILARS—In a tribute to the kind of speculative sci-fi/fantasy stories that “The Twilight Zone” excelled in, a group of travelers stranded at a bus station during a national emergency find their differences disappearing—literally. Mexican writer-director Isaac Ezban’s last feature, The Incident, was a highlight of last year’s festival; if you missed it then , by all means make a day of it on Saturday with a program that also includes his short Cosas Feas (Ugly Things). And see my interview with Ezban at DailyPublic.com

HOLY HELL—The best Troma movie that Troma never made. A milquetoast priest goes from pacifist to vigilante after a gang of psychos murders an innocent family in his presence. As politically incorrect as they come, with a fun score (heavy metal by way of Ennio Morricone) and endlessly quotable dialogue: “Some say kill ‘em all and let God sort ‘em out. Today I’m giving God the day off”; “Forgiveness for some, bullets for the rest!”

COUNTER CLOCKWISE and PARALLEL—Two movies about time travel that are as different as they are similar. Parallel may be the closest thing Buffalo Dreams offers to a date movie, with its story about a mourning scientist who wants to go back in time to prevent the death of his wife, only to end up in an alternative future with the woman he has been rejecting in his own time. Counter Clockwise features one of the least likely looking heroes in recent memory, a balding guy with glasses and a big red beard (played by the film’s co-writer Michael Kopelow). He’s a scientist who accidentally learns how to travel short distances into the future, only to find that he’s wanted for murder. His efforts to find out and prevent whatever happened grow increasingly complicated as he has to make multiple trips with each new revelation, each time avoiding his other selves. The film develops a very dry dark sense of humor as it goes along, though the ending may be a bit too far.

PROJECT M—Who knew that in the future Quebec would become a dominant force in space exploration? This drama about the crew of an experimental ship stranded in space after a worldwide catastrophe is slow getting started, but stick with it: once it gets rolling, it’s a gripping drama.

For a complete schedule and ticket information, visit buffalodreamsfilmfest.com.