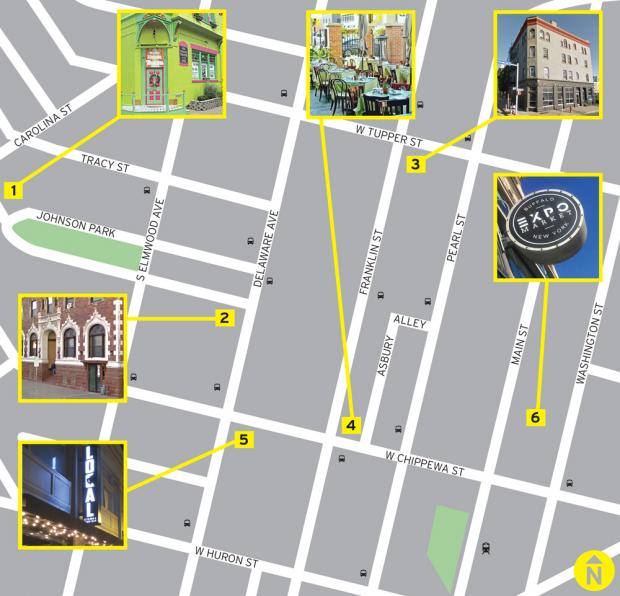 If you’re going to the RISE Collaborative’s ’90s-themed Halloween party at the Waiting Room (334 Delaware Ave) on Saturday night, share your costume at a few other spots in the neighborhood, too:

Catch David Lundy in Give’ em Hell, Harry!, a one-man show about President Harry S. Truman. Perfect if you dress as one of the Dead Presidents in 1991’s Point Break!

This is where you end your night. A pool table, a dance floor, cheap drinks, and an environment friendly to costumes. What more do you need?

Pay homage to the vacant lot where once stood a beautiful apartment building, Buffalo’s oldest until Carl Paladino demolished it this weekend to make way for a parking ramp. May his perfidy haunt him some way, somehow.

Soho owner Jay Manno long dreamed of opening up a little Italian bistro. When a joint opened up across the street from Soho, he made his dream come true.

The other new restaurant on Chippewa specializes in comfort food best eaten at its lovely bar with a pint.

Expo’s Serpent Bites Haunted Trolly Bar Crawl (5pm-midnight) features drink specials, DJ Alex, and a trolly that will take you from Expo to Osteria 166, Acropolis, Gypsy Parlor, Hardware, and DBGB’s. Best costume of the night wins $500, so put some thought into it.