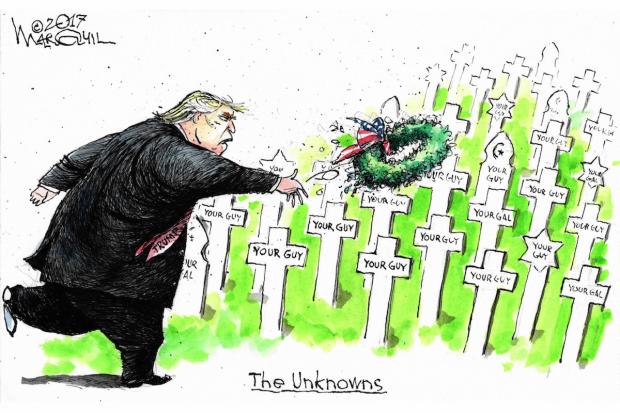 MacClennan wrote 300-plus stories on Love Canal? I would bet Mike wrote more than that. And you would not have heard of Lois Gibbs if not for Paul MacClennan?  Give me a break. —Jack Foran

Jack Foran lives in Buffalo and is a columnist for The Public. Same for Jay Burney.

I would love to get Kevin Gaughan involved in this—he could get a good slate to run in November 2018.

New York State has 213 legislators. Each citizen has two reps but almost no one knows who they are. We have 27 Congressmen—most people know their congressman. Change the New York State Constitution; go to a one-house legislature of 27 members with the same boundaries and term as our congressmen.

There is not enough playing time for 213 legislators—this results in all power going to the leader of the Assembly and Senate. Let’s use a sport analogy. To go from 213 to 27 is about the same ratio as a basketball team going from 80 players to 10 players. Only five can play at any one time so with 80 players most just sit on the bench. Reduce the size of the team to 10 and all have an opportunity to really contribute. The team of 10 would have more athletic ability and be taller than the team of 80, on average. For the most part the best 10 would make it to the new team—the 70 we lose from the basketball team will be of lesser ability on average than the 10 we keep. The same would be true for the 27 legislators we choose to keep. They would be on average more able than the 187 we loose by this change.

With 213 legislators everyone is fighting for playing time and this has resulted all power going to the leader of the Assembly and Senate. Decisions were made by “three people in a room” with the governor being the third person. This results in corruption—too much power in the hands of too few. The other 211 legislators cost us hundreds of millions in salaries and expenses and they each have to get some pork for their own, which costs hundreds of millions more, but only two people are really deciding anything. This results in corruption and jail time for those two — so this change will also benefit those two.If a constitutional convention can give us a one house legislature of 27 members it would improve our state. This would also create more competition for our congressmen since they have a rival with the exact same constituents and not two state legislators who no one knows and who cannot get enough playing time to make a name for themselves. Add term limits for the governor and state legislatures.

We decide on whether to have a constitutional convention this November and select the members of the convention in November 2018. This gives the voters time to select people a slate who will make this change and nothing else—this is an opportunity to make a massive change in the most politically corrupt state in the nation (by most estimates). —Ronald J. Young

Given Albany’s reputation for corruption and incompetence, angry citizens in a healthy, self-rule democracy would jump at the chance to out-flank their inept state legislators. On November 7 New Yorkers will have the opportunity to do just that—if they approve the creation of a constitutional convention.

If the ballot initiative is approved by the voters, it will set in motion a do-it-yourself lawmaking process likely to tackle a long list of important but neglected issues including healthcare, clean energy, repeal of campaign finance rules that sell our government to the highest bidder, and denying pensions to officials convicted of duty-related felonies.

Will New Yorkers grasp this rare chance to drain the state’s political swamp?

Citizens in a self-rule democracy are responsible for their own political fate. That is why their support and active participation is needed to ensure convention delegates use this opportunity to put forward proposed amendments to the state Constitution that will benefit the many, not the few.  Since all proposed amendments must then be approved or rejected by the voters on November 5, 2019, the risk that a few clever delegates can highjack the convention is eliminated.

But in both 1977 and 1997 citizens turned down a similar constitutional convention ballot initiative.  According to Peter Galie, a retired Canisius College professor, it is likely these initiatives failed due to fear and ignorance.

In 1997, 929,000 citizens voted for a Constitutional convention but were outdone by more than 1.5 million citizens against. I suspect many of these “no” voters feared powerful, well-organized, self-serving interest groups would dominate the convention.

Most alarming of all, more than 1.6 million voters left the ballot blank, an indication that they simply did not care enough to take the time to learn what was at stake and then cast an informed vote one way or another.

Fear-mongering is once again a factor. Some fear public pensions are at risk (they are protected by existing law); others fear the status of the Adirondack Park could be harmed (polls show New Yorkers overwhelmingly love the park, as is); and Buffalo school teachers—the very people who should be developing strong democratic principles in future citizens—are being advised to vote against the initiative.

America has long been in the grip of a dangerous case of citizen apathy and low rates of participation in their democracy. In poll after poll, a majority of the people have voiced their feelings of political powerlessness and report that elected officials quickly lose touch with voters back home.

But when citizens abandon their place in the public arena, a political vacuum allows self-serving politicians and powerful interest groups to control the governing process.

An October 6, 2017 Siena College poll found that 44 percent of New Yorkers say they will support a constitutional convention vote in November, while 39 percent will oppose it.

Will 2017 be remembered as the year in which New Yorkers finally took seriously their self-rule responsibilities?  Or will the citizens of New York once again demonstrate they simply don’t give a damn? —Ronald Fraser

Ronald Fraser lives in Colden and is the author of America, Democracy & You: Where Have All the Citizens Gone?

Your Centerfold Was Disgraceful

Your centerfold in [last week’s] edition makes me ashamed to say I’m from Buffalo. I’ll never pick up one of your papers again and will trash your paper whenever possible. You or those who created this sign do not speak for this area. To post this while our VP is here and to support disrespect for the flag, anthem, and those who fought and died for it is a disgrace. forbid that some day you are challenged to personally fight for your freedom!

God bless America and our president and vice president! Post this in your paper. —Ron Whitney

We don’t know anything about Ron Whitney. Thanks for reading!