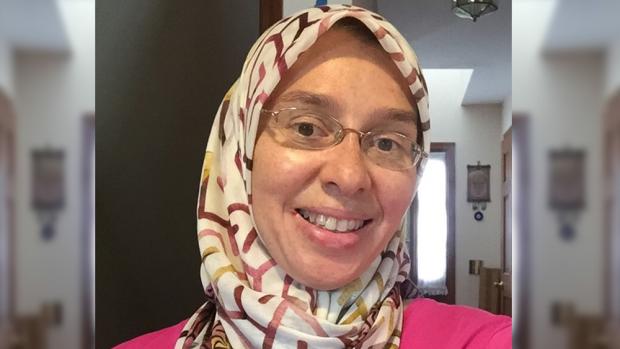 The sound of the phone ringing seemed louder than usual, and my anticipation is building. I’d never spoken to a survivor of domestic violence before, and this is a month dedicated to shedding light on this issue. October is officially Domestic Violence Awareness Month, and a brave survivor was awaiting my call.

She answers the phone cheerfully, and she is delighted to speak to me. Her courageous tone was comforting and made the conversation easy. An American-born citizen with a Pakistani background, she shares with me intimate details about her experience in an abusive relationship. For safety reasons, she has chosen to remain anonymous.

“I was in the ER six days after having our second child. I had a herniated disc, I almost lost my right eye, and I lost two teeth,” she said. Shortly after that beating, she sought refuge at a shelter. The shelter, however, could not accommodate her cultural and religious needs, such as providing her with a place to pray. “That was something that I needed, something that kept me sane.”

She stressed the importance of having Resources and Help against Marital Abuse (RAHAMA), an Islamic organization dedicated to providing emotional support to survivors of domestic violence. She is a former volunteer of RAHAMA, and currently an advisor, even though she has relocated.

She was living outside of the city when she was with her now ex-husband.. When she moved to Buffalo, she learned about RAHAMA and began to help other Muslim women who were also suffering from domestic violence. She says RAHAMA is a necessity to the community that is way past due. “I’m so grateful to be an American Muslim. Most of these victims don’t speak English and they don’t have friends or family, leaving them without support in a strange country and a new environment. They need to learn how to survive. Many of them have children for whom they are responsible for.”

Rahama is an Arabic word that means mercy. However, it has been said that Allah’s messenger understood the term as an emotion closely tied with motherhood. “We wanted to be a mercy to other women who are suffering in the community,” said April Arman, one of the founders of RAHAMA. The birth of the organization was the idea of Kathy Ahmed, the founder and former principal of Universal School on Genesee Street, which serves Buffalo’s Muslim population. The group started in 2006; the staff at Universal School used to have a Muslim Women Night and would send out surveys to see what topics interested women. Many women brought up the issue of domestic violence, and the group decided it was something they needed to address.

RAHAMA provides counseling, support groups, and education to the community. They have sponsored Imam Workshops featuring trainers who have worked with the Imams to discuss case studies, how best to respond to family and victim needs, and how to navigate legal issues.

Their current endeavor is to build a shelter for American-born, refugee, and immigrant Muslim women to accommodate their religious and cultural needs. As part of Domestic Violence Awareness Month and in the effort to build this shelter, RAHAMA has begun the “Dollars for Scents” campaign. Renew Bath and Body (927 Elmwood Avenue) is selling 100 percent locally made goat’s milk soaps. They are selling wonderful scents, such as lemongrass sage and lemongrass blueberry. All the proceeds will go towards RAHAMA’s efforts to build the shelter.

“With everything going on in the world, I want to play my small part and make a difference. I think RAHAMA is a great cause. Through April, I learned the religious aspect of it. This gives women who have nowhere to go a safe space for them and their children. It is one-of-a-kind,” said Tom Akers, the owner of the shop.

Assiyia Ali, another founder of RAHAMA, said many Muslim woman won’t go to a shelter if they know their needs won’t be accommodated. “There is the issue of not being able to eat halal food, having pork around the kitchen, and not having a space to pray.”

Arman said one goal of this shelter is to minimize the barriers that prevent women from leaving their abusers. Women who come from an immigrant or refugee background often don’t know they have the right to be safe in their own homes and that abuse is against the law. Many women may be fearful to reach out to law enforcement due to negative experiences with the police in their own home countries. Another significant issue is the language barrier, a hurdle for all refugees, men and women.

According to Sarah Syed, another board member of RAHAMA, the refugee population in Buffalo is growing tremendously and it is hard for the current shelters to keep up with the diversity. “We are able to bring that to the table.”

RAHAMA is unique in that its counselors bring cultural competency to the work that they do with their clients. “We are extremely blessed to be located here because of the wide array of services that are available as supports. We are proud to be able to collaborate with many other agencies in the work that we do,” Arman said.

RAHAMA is looking to raise $150,000 for a shelter. The current campaign is only one of many future efforts. For more information about RAHAMA and to learn how you can contribute, check out their website: rahama.org.