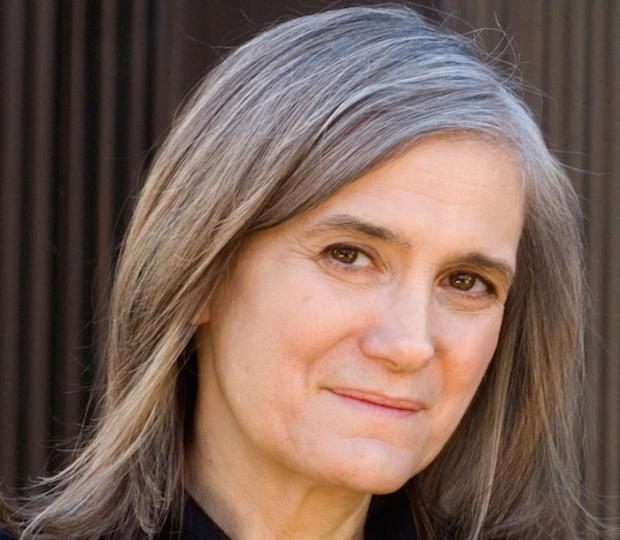 In a country riddled with fake news and unethical journalism, it’s refreshing to find a reliable news source—especially when we have a rambling, incoherent president who is a principal source of that fake news and who discredits real news outlets.

Democracy Now! (DN!) is an independent news program hosted by Amy Goodman and Juan Gonzalez. The program offers a combination of investigative journalism and political commentary, with a focus on social justice issues and social justice movements.

DN!’s Executive Producer Amy Goodman is making an appearance in Buffalo on November 3 for the 50thWNY Peace Center Annual Dinner.

Vicki Ross, executive director of the WNY Peace Center, described Goodman as a “groundbreaking journalist and a beacon in getting information out.”

Ross first met Goodman when she was a pro se representative of the Hancock 38, a group of 38 activists who protested against US drone attacks in Pakistan and Afghanistan at the New York Air National Guard Base in the town of Hancock, outside of Syracuse, a base that is a center for drone operations overseas. Efforts made by the WNY Peace Center as part of the Upstate Coalition to Ground the Drones and End the Wars have been covered by Democracy Now!.

“The Peace Center is a stalwart part of Upstate Coalition to Ground the Drones and End the Wars. We have held numerous actions which [Goodman] has reported on,” Ross said.

The WNY Peace Center is working on peace through justice at home and abroad. Founded in 1967, it is among the oldest extant and continuously active peace centers in the country.

According to Ross, Goodman only attends five percent of the events she is invited to.

DN! is broadcast on the internet, satellite television, Pacifica, NPR, and a plethora of other radio stations. Buffalo’s WBFO, however, does not air DN!, despite the various campaigning efforts to bring it to the 716 airwaves.

SUNY Buffalo State professor and syndicated columnist Mike Niman has played an integral role in campaigning and lobbying to bring DN! to WBFO. Efforts to bring DN! to Buffalo included various individuals calling the station during their pledge drive requesting DN! be aired and making contingent pledges to support it. Still, WBFO chose to not air the progressive talk show.

“They were airing reruns of Car Talk from the 1990s and they had no time to put Democracy Now on the air,” Niman said. “[WBFO] are happy running business shows but no labor shows. They don’t want to take the chance to offend their Republican suburban donors.”

Niman noted that one of the biggest funders of public radio is the Koch Brothers. He and others used to refer to public radio as the “oil network,” as early on primary donors for NPR and PBS were oil companies.

“It’s abundantly clear they’re not going to run this program. I can’t answer the question as to why, I can only speculate,” Niman said.

Attempts have been made to reach out to Donald Boswell, president and CEO of WBFO, for comment, but as of press time he did not return calls.

For more information about the WNY Peace Center’s annual dinner or to purchase tickets, check out their website at http://wnypeace.org/wp/

Tickets are on sale for $60, or $30 for college students and low-income individuals. Very few tickets will be available at the door.