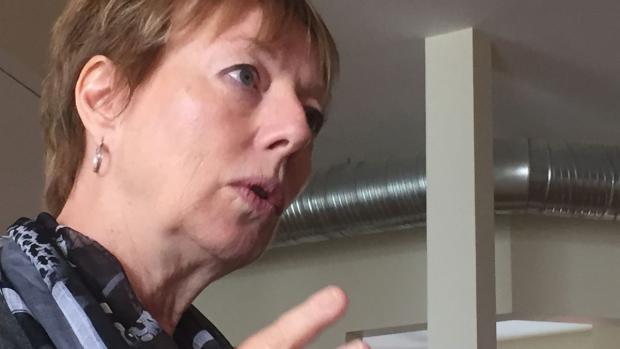 At the age of 62, Carol Burris embarked on a new career as an advocate for public education. She retired from her position as principal at South Side High School in Rockville Centre, New York earlier this year, citing, as chief among her reasons, Governor Andrew Cuomo’s most recent budget and its linkage of teachers’ Annual Professional Performance Reviews [APPR] to Common Core test results. Speaking with The Public, Burris called the controversial move “insanity.”

“It wasn’t that I didn’t believe that teachers should be evaluated,” she said. “I was a pretty tough principal—it was hard to get tenure in my building—but the idea of evaluating teachers by test scores had all of these very negative unintended consequences.”

The strain in Burris’s relationship with state education policy and policymakers didn’t manifest for the first time with the passage of the state budget this spring.

In 2011, she was invited to the State Education Department [SED] in Albany to help set the cut scores—i.e. the score at or above which denotes proficiency in a given subject—for the new English Regents exam.

Burris had been named Educator of the Year by the School Administrators Association of New York State [SAANYS], which resulted in the invite to Albany. She also has a background in statistics, earning her doctorate from Teacher’s College at Columbia.

But a lifetime of education experience and training could not have prepared her for the shock she’d meet in Albany.

“I was astounded,” she told me. “I was in a room, and it was full of people from Pearson, a corporation, as well as others, and they were talking about creating this new college and career readiness cut score…I was looking at what they were doing and I said, ‘You can’t do this.’”

The source of her incredulity was the panel’s insistence on raising the cut scores without respect for the day-to-day realities of teaching. She realized that, should the changes take effect, the focus of the learning of poor kids—those receiving free and reduced lunches—would become overly focused on achieving impossibly high test scores.

“I knew when I saw those cut scores those kids were going to be screwed.”

After her trip to Albany, the state’s plans for teacher evaluation/test score linkage surfaced, at which point Burris decided to write an open letter—along with her colleague Sean Feeney, the principal at the Wheatley School—detailing the “unintended consequences” of linking APPR to test scores. Burris and Feeney listed three concerns: 1) the lack of evidence-based research supporting the policy; 2) the adverse effects on the learning environment of over-testing and high-stakes testing; 3) the redirection of vital district funds to testing companies, trainers and outside vendors.

Following the publication of the letter, the New York Times published a story on Burris and Feeney, and, by a few months later, roughly one-third of principals statewide had signed the document. Burris thought their voices would be heard by state-level administrators. She was wrong.

“We thought it was going to be a big deal, but we found that we were ignored by the State Education Department. At that time, John King was the commissioner. [He] never acknowledged receiving the letter. The Regents never acknowledged receiving the letter. But we caused enough of a stir that Cuomo, very quickly, rammed through the evaluation system through the legislature.”

Burris then turned her attention to the tests themselves; however, she recalls that, upon first hearing of the opt-out movement, she “was appalled.”

“Then the more I listened and I learned, I realized [opt-out] was going to be the only possible strategy.

“The truth of the matter is that all of these corporate reform plans are built on testing,” she continued. “It’s the rock on which all of it is built: from school closures to school receivership, from the evaluation of teachers by test scores to the sorting and selecting of children being placed on test scores—all of it was based on testing.”

Burris became more vocal in her opposition to high-stakes testing and the education reform movement, getting the attention of Valerie Strauss at the Washington Post’s Answer Sheet blog. Her columns struck a nerve and today Burris continues to write for the Post. She also went on to become friends with Diane Ravitch, former assistant secretary of education and founder of the Network for Public Education, for which Burris is now executive director.

In that capacity, she came to Buffalo last week, making two scheduled stops—one Monday night at West Seneca West High and another the next night in Niagara Falls.

In West Seneca, state Assemblyman Ray Walter introduced Burris, calling her a “rock star,” which gave me pause—having met her earlier in the day, I hadn’t thought of her in that light.

My caution was misplaced. There was a big, enthusiastic crowd and it responded to Burris as a crowd responds to a rock star: standing, cheering, hooting, snapping pictures.

Walter, recounting his opposition to Cuomo’s first APPR bill, encouraged the parents present to “continue and expand the opt-out movement”:

“We can demand that our elected officials—whether they be Republicans or Democrats, Senators or Assemblymembers, Councilmen or County Executives—stand up for public schools, public school children, public school teachers, and end this war on public education.”

Burris spoke in depth on cut score manipulation—which initially sparked her interest in New York State education policy—in her address to the parents of West Seneca High. Comparing proficiency rates in math and English from 2009—before the cut scores were raised—to 2014, reveals a startling drop.

Burris emphasized King’s role in adjusting the proficiency rates: It was King who insisted on benchmarking the Common Core tests to an equivalent score of 1630 on the SAT, Burris noted. 1630 is a score made by about 30 percent of those who take the SAT.

“So, it wasn’t a surprise when 31 percent of test takers got to proficiency range on the Common Core test,” she said.

The depressed proficiency rates, along with some derelict editorial boards, gave Cuomo the ammo he needed to push forward with his reform agenda. Yet, the push comes in New York as the movement has fallen flat elsewhere in the nation, says Burris:

“We know that takeovers don’t work. In 2002, the state of Pennsylvania began what was called the nation’s largest experiment in the private management of public schools. It was a failure. The only schools that improved were district run schools that received additional resources. Takeovers in Indiana have resulted in little improvement in achievement and steep drops in enrollment. In 2012, six schools joined the Tennessee Achievement District, headed by a reformer, Chris Barbic. Scores did not improve. In some schools scores declined. Chris Barbic resigned. And yet we keep going back to the same failed playbook.”

Burris took a passing shot at Cuomo, who recently convened his second panel to evaluate the Common Core standards, calling it a “sham commission.”

And, in response to new state education commissioner Mary Ellen Elia’s suggestion of giving alarm clocks to kids in order to address attendance problems, Burris jabbed: “You need more than a lot of clocks, Commissioner Elia.” That got a big applause.

In a more serious vein, I asked Burris what opt-out advocates would have in place of the Common Core standards. She recommended taking a look at New York “lost standards”—commissioned in 2008, and half completed but abandoned by 2010 in favor of the Common Core—as well as the old New York standards.

“I think to re-examine those standards along with what was already in the development process, and to have the voice of real teachers and real principals,” she said. “We could come up with far better standards than what we have now, but it’s not going to happen [with Cuomo’s] reform commission.”

Looking at the bigger picture of public education, Burris finds that politicians and taxpayers need to be realistic about the cost of educating the impoverished. She gave the example of her own former school, a suburban school with 16 percent of kids taking free or reduced priced lunches. With the help of three social workers, two full-time psychologists, and six guidance counselors, she says South Side did a “good job educating kids who received a free or reduced price lunch.”

“If a suburban high school needs that—and that’s what it takes to get the job done at 16 percent—then how many social workers, how many psychologists, how many ESL teachers, should you have in a high risk school where 98 percent of the kids are receiving free or reduced priced lunches, 50 percent are English language learners, and 20 percent are kids with disabilities?”

Addressing the condition of public education seriously, says Burris, will require the implementation of one of two measures: either funding schools at appropriate levels, or bringing back a rigorous desegregation program.

Neither option represents a popular policy initiative, but, in the meantime, Burris urged parents to keep up the pressure locally and in Albany. In Western New York, at least, parents don’t seem to need much prodding.