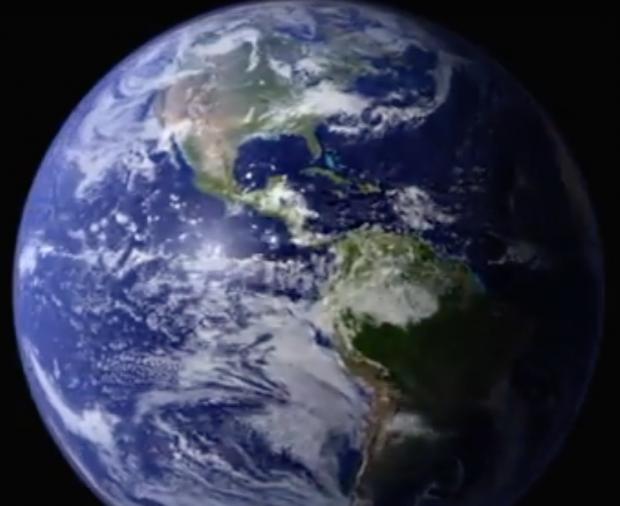 Can we stop the bleeding?

Subjective info would suggest “No.”

It is a fact now that all of the predictions about the dire consequences of inaction regarding human made climate change have come home to roost. The rest of the way is mostly downhill. So get ready for  a bumpy last roller coaster ride till the end of the line. Gulp.

Here is the dire news:

Last week scientists at the the Scripps Institute of Oceanography,  a scientific organization (in this age of Trumphism it is important to make that distinction)  that has since 1958 conducted weekly CO2 level observations at the Hawaii located Mauna Loa Observatory  announced that the atmospheric catastrophe barrier of 400 parts per million of carbon in the atmosphere has been more or less permanently surpassed. Scientists wrote  “it already seems safe to conclude that we won’t be seeing a monthly value below 400 ppm this year—or ever again for the indefinite future.” If you don’t know what the 400 ppm figure means Read This

here are a few more critical links to this story:

The Guardian May 2018 “Carbon Dioxides 400ppm milestone shows humand ar rewrting the planets history.  — Levels of CO2 are pushing beyond 400 parts per million i nthe atmosphere. “The last time thery were there , 15 million year ago, the earth was very different.”

Now before we get all weepy about the “factual realities” and my above assertion of pessimism, it is important to note that there is still plenty that we can do. Future generations, as there will certainly be (to some extent,) will benefit from the still possible positive actions that we can take now. Steps do not mean humanity will be saved, but survivors will appreciate our concern. Whatever comes down the road in the next century and beyond can certainly be informed by both the positive and negative actions and consequences of what we continue to do today. Elon Musk’s Mars survivors may even try to hold on to a library of good intentions.  Wouldn’t you like to be remembered on that rack?

Here for instance is today’s GreenWatch, Sunday Morning Television feature about Our Outer Harbor, which we can still play an important public role in decision making. have a cup of something refreshing and healthy and spend a few Sunday morning minutes with this:

So back to the evolving human condition. What are we doing about our climate emergency?  Absolutely nothing.  Except for those of you tuned in to a too slowly growing climate justice movement, you probably aren’t even thinking about the consequences of climate change. And if you are one of the hundreds of millions of trumped up Americans that don’t believe in man made climate change, you could probably care less.  Good luck with that. It is a probablility that you will not have great grandchildren that will be effected by our collective  intellectual insolvancy.

The primary forces that are creating human made climate change, aka as the way we create energy to sustain our destruction, and the resulting massive and deliberate destruction and loss of biodiversity -which is the force that helps to stabilize the planets atmosphere,  have officially upended our sustainable futures.  Humanity is out of control. These forces are driven by the absolute bottom line causation of man made climate change- the economic system that we all are forced to drink the kool-aid on. Consumerism, product consumption, energy policies, and the endless growth schemes that mandate our human life cycle. The greatest failure of freemarket capitialism is human made climate change. this is the end of climate stability. and, the end of human social stability.

David Suzuki came to Buffalo 15 years ago as a part of the Learning Sustainability Conference. He told us about how this economic practice that we are all subjugated to is a form of brain damage. Here is a link to how he talks about it. Please listen!

Meanwhile we have a Presidential candidate that claims that climate change is a hoax.

Meanwhile we have an uninspring Buffalo Common Council that is morre of a human parking lot than a deliberative body of thoughtful individuals.  In this day of massive and local pay to play corruption prosecutions involving our local and state elected leaders and the developers that hare looting the public treasury with bribes and thievery, they have their collective heads in the sands of our vanishing time.

This summer,  when considering massive development schemes on Buffalo’s Outer Harbor, the Council President opened a pivotal Common Council meeting with a prayer invocation about Moses into the desert which says that it is human-kinds obligation to “conquer the wilderness”.

And they then voted to conquer the wilderness on the Outer Harbor.

If the adoption of the not environmentally friendly Buffalo Greencode goes as planned in the coming weeks, we will have struck another blow against our communities chances to have a sustinable future. Well done Council!  While the Council is not comprised completely of the idocracy parking lot class, can’t we move some of these non thinking  business as usual hulks out of here?

And the city is not alone. Despite years of encouragement, Erie County has not adopted any kind of climate change plan, never mind the comprehensive climate action plan that the Erie County Environmental Management Council has been mulling for years.

Is there any good news?

-Well, this week, the Brexited-EU adopted the 2015 Paris Climate Agreement , -which many considered to little too late, and which indeed will prove to be the case.

-Lots of community engagement on development of Buffalo’s Outer Harbor where over 400 attended an information session hosted by the new group Our Outer Harbor. The growing group of organizations and individuals promises to lead community engagement to make sure that the public plays a profound and powerful role in decisionmaking on outer harbor development,  now being made by a singular and somewhat insulated state agency.

-The prosecutions of “pay to play” development schemes induced by Buffalo based investigative Journalism, kudo’s to the Investigative Post, Jim Heaney, and Dan Telvock. This profoundly important investigative journalism, vanished from our regions main stream news outlets, may be the difference maker in how the state conducts the development business.

-The fights for social justice involving Buffalo Teachers and construction union activism is once again building and will pay an important role in the November elections.

We must drink a toast to every rise up, and every attempt to challenge. These our our victories, our hopes, and our future. Our stay here on eath as a species may not last as long as we would all like, but we should cherish every little win, every little stand up and be counted, every little moment that makes our lives worth living. These energetic moves will be remembered in coming generations by those that are left to remember. But so will they remember the Make America Great campaign of 2016, and the 10 decades of head-in-the-sands American Exceptionalism movement that helped to destroy our planet. It just depends on who gets to write the history and which histories the Mars survivors will get to absorb.

Late this summer, the Public Service Commission (PSC) of New York State, appointed by Governor Cuomo, approved what has been named the statewide “Clean Energy Standard.” The purpose of this Cuomo initiative is to provide 50% of New York’s energy needs to be carbon neutral by 2030. This targets what is called “clean and renewable sources of energy.”  this is an approach to what many environmental and energy activists have been asking for for over decade. Get off from carbon, because, you know, carbon is a major culprit in man caused climate change. and of course energy production and use is  the main target of the climate justice movements appeal for sanity. Cuomo has targeted $10 billion dollars to make this happen.  the bad news? In July Governor Cuomo announced that this clean energy initiative would provide $7.6 billion (DOLLARS) of the clean energy money to subsidize three upstate nuclear plants. Not wind, not solar, not geothermal. Nuclear.