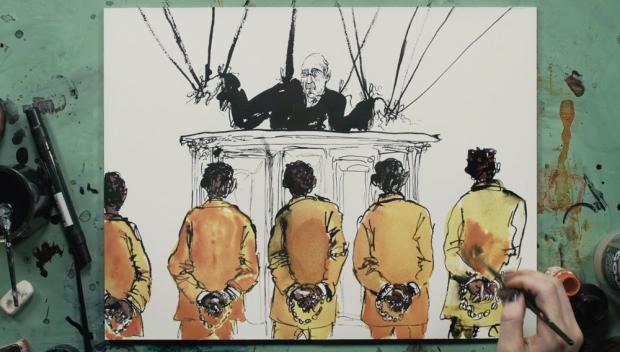 Marijuana arrests in the City of Buffalo and statewide have fallen sharply since 2013, while racial disparities long linked to such arrests have stayed even, according to data provided by the state’s Division for Criminal Justice Services.

Cities that have used zero tolerance policing strategies—like New York City, Buffalo, and Rochester—have all seen that figure fluctuate between 85 and 90 percent minority arrests. Syracuse and Albany have seen that number dip as low as 65 percent, a figure well below the state average but still reflective of a disparity.

The drop in arrests statewide is not attributable to anything but the hard work of activists and advocates, according to Chris Alexander, a policy coordinator at the Drug Policy Alliance. The drop in arrests has come since a New York City federal district court ruled that stop-and-frisk was unconstitutional in 2013. The constitutionality of zero tolerance policing has come under similar scrutiny with the Department of Justice’s scathing report on Baltimore.

“It’s definitely a response to people drawing attention to a lot of the illegal stop and seizures that have been going on,” Alexander said, naming the Buffalo Police Department’s Strike Force as an arm of this behavior that’s been common in New York City. Buffalo, according to Alexander, is part of New York’s “marijuana arrest crusade.”

While there are fewer minorities being arrested, the wide discrepancies in arrest figures—and also in disposition figures—have been the teaspoon of salt for advocacy groups like the DPA.

“We’re not celebrating it,” Alexander says. “As long as the practice [of biased policing] remains, the number could spike back up because nothing has changed with regards to legislation or policy.”

A Buffalo group’s effort to push a Buffalo Cannabis Act through the Common Council has stalled in search of support, much like the legalization bill co-sponsored by Assemblywoman Crystal Peoples-Stokes has stalled in the New York State Senate. New York City announced in 2014 they would start taking a softer approach toward marijuana charges. Medical marijuana became available at the outset of the year statewide.

Michael DeGeorge, spokesperson for the mayor and the BPD, did not respond when asked to comment on the city’s drop in marijuana arrests.

Alexander says that the fact that minorities are still arrested and convicted at rates consistently higher than whites means that the focus of zero tolerance policing has remained on where they live.

“A large population of people across the country from different demographics use marijuana in some way shape or form. You can literally stand on the corner and pick somebody and the chances of them having marijuana on their person is significant. When you take that and focus it in a small area like down in Strike Force and down in stop-and-frisk here in New York, then you see arrest disparities like what we’re seeing.

Possession of marijuana under 25 grams is a violation, according to state law. Consuming or burning it in “public view” is a misdemeanor. The vast majority of marijuana arrests statewide—around 80 percent—are for this lowest level charge of possession: under two ounces and “burning or open to public view.”

Alexander’s best guess is that the marijuana crusade continues, even without arrests in the form of citations.

“Even the citations, we can say that they’re better than arrests, but they’re really just a step in between the police interaction and the incarceration. Because a lot of people don’t have the resources to pay those fines they’re being issued. And again, we don’t have all the data on citations and tickets.”

For Buffalo, we have some non-marijuana related figures on tickets and citations. In one year (May 2013-April 2014) the 18 officers for BPD’s Housing Unit—often assisted by Strike Force—wrote nearly 10,000 traffic, parking, and ordinance tickets. In July of 2014 alone, they wrote 915 traffic tickets. Buffalo Municipal Housing Authority apartments are nearly 90 percent minority leased.

A representative from the DCJS clarified that the data shared with The Public represents cases where marijuana was the top charge in the arrests in almost all instances.

A seperate DPA study put the public cost on each marijuana arrest conservatively between $1,000 and $2,000, meaning that arresting Buffalonians for possessing less than an ounce of weed costs the city $500,000 annually in court and police costs. Drug charges have many implications on those arrested, from not qualifying for student loans to being denied jobs, apartments, in addition to ongoing judicial involvement if fines go unpaid.

At a recent campaign event, the Democratic candidate for Erie County District Attorney, John Flynn, cited Vera Institute and Open Buffalo studies on marijuana disparities, which he called staggering. Asked what he could do as a DA, Flynn said he could build relationships with area law enforcement around this issue, something that he claims has been sorely lacking in recent years, by pointing to the many police unions that have endorsed him.

“If I say, ‘Hey, guys, ease up on this, you know, let’s not arrest everyone on sight,’” Flynn told a reporter. “‘Let’s work in some diversion programs and get people out of the criminal justice pipeline and into other avenues.’ They might listen to me. And that’s my hope.”

Marijuana Arrests and Dispositions by City by aalowinger on Scribd

Marijuana Arrests and Dispositions Statewide by aalowinger on Scribd