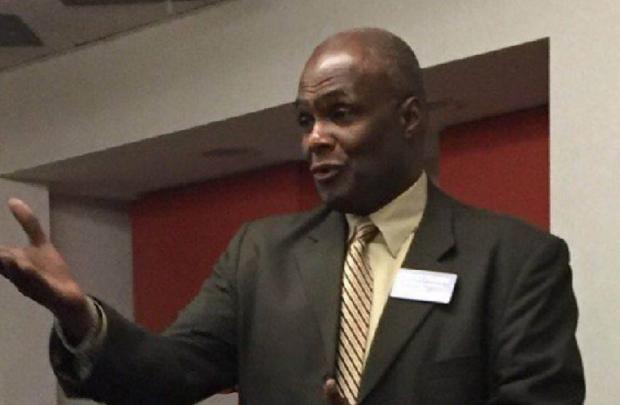 Cuomo is responding to President Donald Trump’s lately shifting attempts to effect an federal immigration policy, likewise by executive order. The local response fro Erie County Sheriff Tim Howard is unsurprising, given his resistance to federal inquiries into his stewardship of county jails and his insistence that he will not enforce the gun control statutes passed by the state legislature, at Cuomo’s pleasure, in 2012: That same Friday, just afew hours after Cuomo signed the executive order, he quickly issued a directive that ordered his deputies to continue to make inquiries about immigration status to people they’ve stopped for traffic violations, domestic incidents, and other arrests.

At The Public, we don’t get Howard’s press statements, so a thanks to WGRZ-TV for its reporting on this:

“Our officers have sworn a solemn oath to uphold the law,” said Sheriff Howard in a statement released to the media on Friday. “Today, I have instructed my Deputies to continue enforcing the law, irrespective of Governor Cuomo’s executive order.”

The directive by Sheriff Howard orders law enforcement to inquire about the immigration status of people under investigation. Howard says the directive falls in line with the policy set by the federal government.

“There is no duty more important than protecting our citizens and upholding the rule of law,” said Howard. “As Sheriff, part of my job is enforcing our constitution and the law, regardless of what cheap political points Albany politicians are looking to score.”

Not to belabor the fact, but both Trump’s attempts at federal policy and Cuomo’s attempt at state policy are effected by executive order. To choose one executive fiat over the other is, in effect, to score cheap political points in an election season, while also imagining oneself qualified and enabled by the US and New York State constitutions to make ad-hoc rulings on the constitutionality of executive orders in two different realms of law.

Shame on Sheriff Howard for making a phony political issue out of the Governor’s executive order on immigration, sowing needless fear and anxiety in Erie County’s immigrant community, and acting once again as if as he has greater authority than the Governor, the Attorney General, the Legislature or the Courts.

Support it or oppose it, the Governor’s executive order instructing state agencies not to ask about an individual’s immigration status does not apply to municipal governments. It has no bearing on the Erie County Sheriff’s Office.

It is outrageous for Tim Howard to pretend that this is a matter that affects his responsibilities. I hope and pray that he does not use this phony issue as an excuse to begin intimidating residents of Erie County as they go about their daily business or to otherwise pursue extremist views on immigration.

We must work together to keep our community safe and prosperous. That means respecting the separation of powers among the branches of government and not going it alone or shooting from the hip. It means not engaging in the rhetoric of fear.

I will have more to say about the sheriff’s office and immigration policy in the coming days.

“Shame” is about the nastiest word Tolbert seems capable of mustering about anyone, which is perhaps why his efforts to win elected office have been stymied thus far. (Tolbert ran for mayor of Buffalo in 2013 and for an at-large seat on the Buffalo school board in 2014.) But what voter should care about Tolbert’s civilty: It’s possible that Howard is a nice guy, too, even if he doesn’t mind speaking to a rally in Niagara Square where people are waving Confederate flags and touting Nazi symbols. as Howard did .

More importantly, Tolbert is correct: The edict from Cuomo does not prevent a county sheriff anywhere in New York State from asking an individual about their immigration status. Howard is either misreading the executive order or literally not reading it—and in either case maybe he shouldn’t be casting himself in the judicial role of interpreting laws—or in fact he’s trying to score some cheap political points. Could be both.