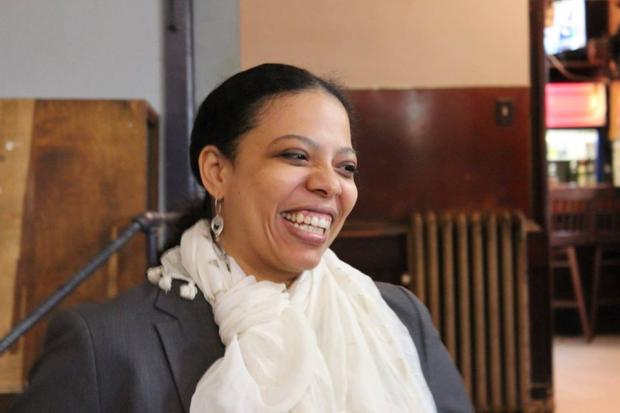 Tuesday’s primary is over and the runup to November’s general election has begun. Earlier this week, we received the following statement from Vanessa Glushefski, the attorney and certified public accountant who is challenging incumbent Erie County Comptroller Stefan Mychajliw. It is a response to a statement Mychajliw made that warns against the inclusion of a mandate that low-income housing be a part of any downtown Buffalo development plans that seek funding from the Erie County Industrial Development Agency. Mychajliw is quoted as calling such a mandate “crippling” in an article published last week in Business First. (If you can stomach the paywall, have at it.) Mychajliw’s analysis is not published on the comptroller’s site or referenced on his Facebook page, or any other place beside the Business First article, so far as I can tell, and that’s somewhat unusual for Mychajliw, who uses social media comprehensively and is never shy about touting his press.

In Mychajliw’s analysis, low-income housing in the downtown of a city whose citizens are, in the majority, low-income and poor jeopardizes investments in the core. Glushefski responds:

Nationally, housing insecurity is a massive problem. A shortage of affordable housing forces families into homes they cannot afford or unstable arrangements like overcrowding and long commutes. The best research on urban development shows that everyone benefits when people live together in income-diverse neighborhoods.

However, our current Comptroller seems interested in building a downtown based on other principles. Never one for skillful research, equality, or diversity, Stefan has recently come out against low-income housing in downtown Buffalo, claiming that such housing would quell development.

A Business First article mentions that an analysis provided by Mychajliw recommends against the action. My campaign team, which includes a team member with a Masters in Urban Planning and another with a Masters in Community Development, can find no credible research to support these claims. Stefan, whose training has not prepared him for the role he actually has let alone the role he is assuming to offer this “report” has no shred of credibility in this realm.

Affordable and market rate housing isn’t a matter of “welfare queens” or other stereotypes. Such housing is relevant to early-career adults, senior citizens on fixed incomes, disabled individuals (which can include veterans) and other contributing members of a healthy community. Relying on inaccurate stereo-types, Stefan is not serving the public’s interest at all. So whose interests is Stefan serving?

I have some ideas.

A quick review of Stefan’s financial disclosures seem to indicate a huge conflict of interest where housing is concerned. He has received over $11,120 in money from the Ciminelli family, a developer known for pay-to-play scandals and greasing palms. In fact, over 58% of Stefan’s corporate contributions over the course of his political career has come from developers and construction groups.

What does that mean for the citizens of Erie County? It means that Stefan—whose role has almost nothing to do with housing officially—is using his office to provide gravitas to an immoral, unethical, and nonsensical claim that affordable housing will stall development.

What he really means, of course, is that community-accessible housing would impact the profits of his funders. And what Stefan is telling us about himself is that he is willing to sell out the families of Erie County to preserve his special interest funding.

We’ve known Stefan to be uniquely capable of ethical violations for sometime. However, this one takes the cake.

Glushefski doubled down on the issue with a press conference on Tuesday morning, the release for which includes this broadside:

While he complains of government interfering with the private sector, he has never called for a developer to return their tax incentives or grant funding. Instead, he seeks to fund the lifestyles of the elite, excluding those of moderate income levels. We say no. We say no to efforts of blatant gentrification. We say no to pay-to-play. We say no to the idea that a Comptroller would use an unrelated elected office for media access to amplify a message of exclusion.

Let’s leave the claim of immorality to a higher power. Ethics are slithery, too, around here: Elected officials are not prohibited by ethics rules from weighing in on matters of concern to their patrons, only from exerting very specific influence in a manner particularly gainful to those patrons. Mychajliw is not guilty of that if only because, as Glushefski points out, the county comptroller’s office has fuck-all to do with development and housing policy in the City of Buffalo or anywhere else.

On such matters, Mychajliw—like candidate Glushefski—has nothing more than a pulpit from which to speak. So a savvy voter ought to ask who is the audience. In Mychajliw’s case, Glushefski’s take on Mychajliw stands: He wants to tell the region’s developer class, which funds the region’s politics, “Listen, I’m with you and your profits. Don’t forget which party represents business.” There is also a suburban and ex-urban audience, rich and poor, to which he’s saying, “We should not be subsidizing the city’s poor.” Glushefski wants to say to an audience that includes but is not limited to developers, “Listen, this analysis in nonsense coming from someone who doesn’t have the credentials I do.” And there is also an audience to which she’s saying, “I’m a progressive and part of the revitalization of progressive politics in this country.”

Mychajliw’s public relations initiative in the same news cycle? To tout that he has created a bedbug whistleblower hotline so county workers can tell the comptroller when they spot infestations in the Rath Building—a story to which the Buffalo News dedicated two articles last week.