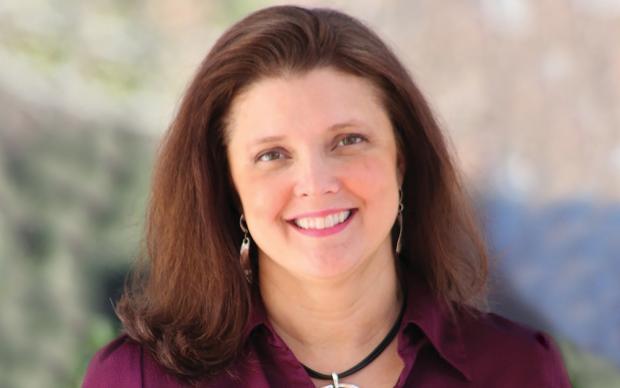 Stephanie Crockatt was named executive director of the Buffalo Olmsted Parks Conservancy in May 2015, after several months in the position on an interim basis. The membership-based community organization, which oversees Buffalo’s historic park system, has an annual budget of around $3.4 million; its mission is “to promote, preserve, restore, enhance, and maintain the region’s Olmsted-designed parks and parkways.”

A native of Michigan, Crockatt was recruited to join the Conservancy in June 2014, after seven years as director of external affairs for the University of Georgia College of Environment & Design. Her experience also include a long stint in the professional golf tournament world—specifically as the CEO at the LPGA Tournament Owners Association, and earlier, running the LPGA Oldsmobile Classic. She holds a bachelor’s in landscape architecture from Michigan State University, and a master’s degree in parks and recreation management.

Your first professional job is listed as “golf course irrigation designer.” Tell us about that. My undergraduate degree in landscape architecture focused on golf course design. I decided to specialize in professional golf courses, the ones used for tournaments—women were first making their mark in this field. With that decision, I needed to know how tournaments were run, so I started doing that. I was eventually hired by the LGPA.

After running tournaments and doing the CEO job for over 10 years, I started to burn out—I wanted to be closer to home and be more involved in my community. I also had two small children, and wanted to be there for things like their swimming lessons.

Was the National Trust conference in 2011 your first visit to Buffalo? Yes. Honestly, it was cold and gray…but the architecture was amazing and the city’s bones were fabulous!

What do you think of it now that you’ve been here for a little over a year? It’s the best-kept secret in the US. The people are the friendliest. And you have everything: the water (I call the breeze coming off the lake “nature’s air-conditioning”—it’s interesting that actual air-conditioning was invented here), mountains, farmers, an urban center…it’s everything in a wonderful package. When people across the country think of Buffalo, many of them think of an actual, hairy, stinky buffalo. We need to change that!

Aside from the Frederick Law Olmsted factor, why do you think that the parks are such a vaunted part of Buffalo’s self-identity? It really is because of Olmsted. His design, the connection between all these parks in the system…there’s really nothing apart from that. You also have this amazing collection of architects who were here around the same time, including the underappreciated Lord & Burnham, and E. B. Green and Frank Lloyd Wright. So you have this premier landscape architect who designed the environment and living infrastructure, and all these architects who left their marks as well. It’s a culturally rich city for the arts.

What part do you see the parks playing in the city’s resurgence and economic potential? The parks are living breathing green spaces. The interconnected parkways and circles are wonderful. For Millennials looking to raise their families, they are coming in to these fresh spaces. They can easily get from park to park without having to use a car.

In part because the Olmsted parks are protected with National Historic Register status, as are many of the homes around the Olmsted landscapes, those property values are soaring. When I’m in Delaware Park, I get an amazing feeling of being immersed in a park setting. like I am not even in a major city—it feels like the countryside. That is what Olmsted wanted; I think more and more people are coming appreciate this.

Do you still golf? Yes! I have a board member who is avid about me golfing our three park courses every season. I used to do a lot of business on the golf course. I miss that.

What are some of your other favorite things about Buffalo? Food. There are always plenty of amazing new places to eat. I love the fact that everybody in Buffalo gets outside. I lived in the South for 15 years, where it’s so hot that everybody stays inside. In Buffalo, there are so many activities, and in the summer, every weekend there are multiple festivals and events. There is no excuse for ever being bored.

What are some of the biggest opportunities you see for the area? I’m excited about the overall resurgence happening in the region. Everyone seems to be working for a better Buffalo. All of the non-profits that are collaborating and coming together, like Riverkeeper, to improve water quality, and PUSH, which works on urban housing, and the revitalization of some of those neighborhoods. It’s exciting because it’s grassroots. Like the parks, seeds are planted, and they are starting to blossom.