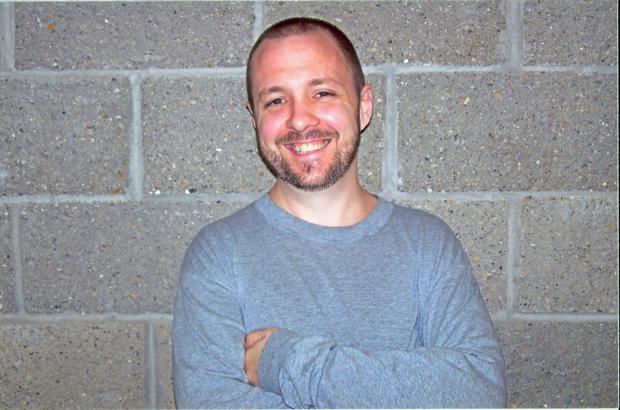 If you saw If a Tree Falls: A Story of the Earth Liberation Front, the award-winning 2011 documentary about the radical environmental movement that blazed a path of targeted property destruction through the Pacific Northwest in the late 1990s, then you’ll remember Daniel McGowan. Though the film offered a snapshot of the movement as a whole, it focused on the activities—and eventually the arrest and prosecution—of the cadre with which McGowan was involved for several years.

After a massive and expensive investigation bolstered by new anti-terrorism funding and statutes implemented post 9/11, McGowan was arrested in 2005. He served seven years in prison, including significant time in a communication management unit, or CMU, in which his interaction with other prisoners and family was severely restricted.

McGowan will give a talk this Thursday, September 8, 7pm, at Burning Books (420 Connecticut Street. (Leslie Pickering, co-owner of the bookstore, was also featured in If a Tree Falls, for his role as an unofficial spokesman for the ELF.) McGowan’s visit celebrates the shop’s fifth anniversary; there will be birthday cake.

Earlier this week we spoke with McGowan, a New York City native who attended the University at Buffalo from 1992 to 1996, to discuss the path that led him from concerned citizen to activist, from civil disobedience to arson.

After leaving UB, McGowan traveled for a spell; in Thailand, he came into contact with a group of activists protesting wholesale destruction of rainforests and displacement of hill tribes by Myanmar’s military government. “Something awoke in me,” McGowan says. “I was just this traveler, but seeing what was happening there, and how others responded to it, felt inspiring to me.”

When McGowan returned to New York City, he took a long-term temp job with the PR firm Burston-Marsteller and began looking for outlets through which to promote his convictions. But he was turned off by the internecine struggles and less-than-radical positions of, for example, the Sierra Club. Soon he was drawn into the community of activists who revolved around Wetlands, a Tribeca club that funneled its profits into environmental activism.

“One day I was at Union Square Park, and a woman came up to me and tried to get me to sign a petition about spaying and neutering cats. I was like, ‘Sure, okay, that’s seems a reasonable thing to do.’ We talked, and after about five minutes, she said, ‘You seem like you’re more of the Wetlands variety.’ She said, ‘It doesn’t sound like the Sierra Club or Friends of Animals are really your speed, but you should check out Wetlands.’

“I think it was my age, but also the opinions I was expressing—about the Sierra Club being kind of weak, for example.

“I walked in there wearing work clothes. The place has this real countercultural vibe, and they must have thought I was a cop. I had no idea of the lingo. I showed up the weekend they were doing animal rights, and they showed all these videos showing animal abuse. I had decided recently to take up a vegan diet; I was in that space, and really open to new ideas. I was just blown away by it.”

In the two years he did environmental activism on the East Coast, McGowan says he maintained some faith that the system could be adjusted by activists—that well-meaning people could lobby government and big business and make change. He gradually began to lose that faith.

“My original reason for heading west was to stake part in the Headwaters Forest campaign in northern California,” he says, referring to a reserve of old-growth redwoods forest that had been a hotbed of environmental activism since the 1970s. Throughout the 1990s, it was a proving ground for both legal and direct-action tactics aimed at preventing logging companies from harvesting lumber in the preserve.

In September 1998, an activist named David Chain was killed when loggers intentionally felled trees in the direction of protestors in the Headwaters Forest. While McGowan was making the three-day train trip to the West Coast, the campaign shut down temporarily to mourn Chain’s death.

“I had to acclimate myself to the idea that  was crossing the country with no plan,” he says. “But again, through a series of random coincidences and good luck, I ran into a community of people who were working on fighting genetically modified crops, as well as people who were engaged in political pie-throwing.” He threw a pie in the face of the CEO of a company called Novartis, which was funding GMO research at the University of California at Berkeley.

“I was arrested for it, and that kind of rooted me in the community: I had  to stick around because I had a case to try,” he says. “Idealistically, I thought, ‘I’m going to go to trial! We’re going to talk about how bad GMOs are!’ Of course it never winds up working out like that.”

McGowan and his compatriots continued to focus on GMO crops and GMO research, particularly in University of California labs.

“At some point we thought, we could occupy this lab, and fight a court case for years trying to stop UC Berkeley from doing this research. But some of us decided that perhaps it was more expedient, given the danger posed by GMOs, to just go in and sabotage the crops. Given the cost of growing these crops, we thought we could set them back a couple years, slow down UC Berkeley’s research.

If you’re involved in civil disobedience, if you’re involved in locking down or occupying or blockading, it’s not that much of a stretch to destroy things with your hands. Especially if you felt that the companies and the university we were protesting were acting really recklessly. Once these things are in the atmosphere, they’re in the atmosphere. There was evidence coming out about what GMOs were doing to, for example, butterfly populations. There was tremendous resistance to GMO’s worldwide…and yet the US was just hitting the gas and going full-steam ahead.

“I think the situation necessitated the direct approach, to give UC Berkeley kind of a time-out.”

Like many young activists, McGowan was drawn to Seattle for the WTO protests of 1999. He moved to Seattle several months in advance to begin organizing. When the protests began, he chose not to stand on the front lines absorbing pepper spray and other physical abuse from police, where environmentalists rallied beside labor unions and others against globalization policies, each for their own reasons. Rather, he joined a cadre breaking windows of targeted corporate offices during the day.

“We created a huge ruckus,” he says, “and it led to some pretty massive debate about the politics of nonviolence and violence, and is property destruction violence, and is it appropriate to do this.”

After Seattle, McGowan moved to Eugene, Oregon to work for the Earth First! Journal for a spell. Once there, in close proximity to the ELF—some members of which he had met in Seattle— he became involved directly that organization’s campaign of property destruction.

He had by then answered for himself the question of whether property destruction constituted reasonable action in the face of what he considered massive environmental crime. But ELF’s campaign was far more ambitious and dangerous than sabotaging university laboratories.

“Tactically destroying something with your hand or simple instruments is much different than destroying things with fire, in terms of danger,” he says. “In our society, here are people who work very hard and diligently to address very serious issues, and unfortunately no one gives a rat’s ass what they’re doing. Any coverage is part of why you do what you do—you want people to know. And the ELF was savvy enough to know that if a tree falls in the forest, and no one knows about it except you and the corporation, does it really even matter?

“The people I was working with got caught up in the kind of activism where we were doing things that were bigger and better and mor flashy, because that is literally they only things that got any kind of coverage.”

As the campaign elevated, the desire for headlines—generated by undertaking bigger and bigger actions—began to create schisms within McGowan’s group. Was the biggest action the most strategically sound? Was it in fact counterproductive to the work of other, less radical organizations? How does one balance risk and reward?

Tactics, he says, are a means to achieve strategy; tactical rigidity causes people to adhere to the short-term goal of achieving an action, whether or not it contributes to the long-term strategic goal. “When you start putting tactics ahead of strategy, you perhaps start making enemies when you didn’t need to make enemies,” McGowan says. “You’re using a sledgehammer when pushpin would do just fine.”

Ultimately McGowan left the ELF because he didn’t feel like their actions were inspiring understanding of the underlying issues or similar activism elsewhere. If they were not succeeding in creating a groundswell of opposition to the harvesting of old-growth forest, then what was the point?

He spent a few months in Canada to recharge and reevaluate. During that retreat, the 9/11 attacks occurred, and within months the federal government flooded law enforcement agencies with money to combat terrorism, international and domestic. Once he overcame his shock at the scale and horror of the attacks, McGowan said, he began to feel uneasy. And he was right to: The new federal focus reinvigorated investigations into ELF, and soon investigators managed to track down some of his former colleagues, charge them, and flip them.

They caught up with McGowan in 2006. He did not cooperate, was convicted, and spent seven years in prison. He was released to a halfway house in 2012 under absurdly strict probation guidelines; he was remanded back into custody for writing an article for Huffington Post about a lawsuit he and others brought centered on CPUs.

He came home again in June 2013, and his probation finally ended last June. He is active now in movements opposing mass incarceration, and is part of a small group examining the nexus between prison activism and ecological activism, particularly looking at air water and soil quality surrounding prison facilities.

Asked if he thought the ELF’s dramatic run of actions have had a lasting impact on young activists today, McGowan is circumspect:

“One thing that I find somewhat disappointing is that there seems to be a tremendous generation gap in the activist world. People will come into the activism world and not knowing about things that happened two years earlier…there doesn’t seem to be a lot of transmission of knowledge or shared experience. And the lifespan of a movement seems to be accelerated, to the point that they seem not like movements but like flash points.”

After his talk at Burning Books on Thursday, McGowan will try to make a prisoner visit to Attica on Friday, the 45th anniversary of the famous uprising there. He will give a talk to a small group at Niagara University on Friday, as well.