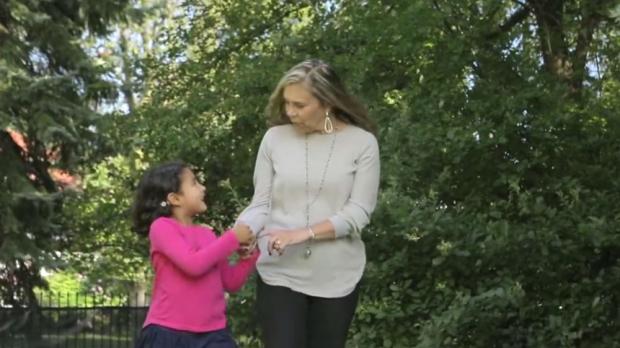 As we’ve noted, it’s a rather sleepy primary season this go-round, which has probably helped to amplify the rather competitive judicial races happening county-wide. And even that’s saying something when the the top judicial race for State Supreme Court has already been decided thanks to the non-democratic back-scratching of local party leaders to shoo in Frank Sedita and Emilio Colaiacovo.

The Family Court race is attracting perhaps undue attention and a recent video produced by one candidate—Michele Brown—is rocking the boat and making waves through Family Court and beyond. In the video, Brown appears with a family she has represented in court—ostensibly as an appointed Attorney for the Child (Law Guardian) in an Article 10 abuse/neglect proceeding.

As an attorney I have met so many wonderful people. I enjoy my work and it certainly has many rewards. Please watch my campaign commercial and please “LIKE” and “SHARE” with friends and family. Remember Primary Day is Thursday, September 10th and I would be honored to receive your vote.

What’s striking about Brown’s video is that she chose to highlight an actual case featuring an actual child who was or may still be in foster care (the video doesn’t make that clear, perhaps intentionally so). A real person with a complicated past that just can’t be glossed over in the service of a political candidate.

Children in foster care are strictly prohibited from appearing in social media or videos like this of any kind for a very simple and good reason: That child still has a family somewhere who still has rights to act as such. Having a child placed outside of the family’s custody is one of the most painful experiences a person has to confront in our society, posting videos or pictures of that child is plain insensitive. Even after adoption, many parents continue not to post pictures of their children on social media because they’re aware of the pain it might cause the child’s biological family. Many families have open adoptions where the child still has contact with its parents.

In my eight years as a foster care caseworker for Erie County Social Services, I saw that in most cases children are placed in foster care for very good reasons. Almost all children with any kind of support network however, find a home with a relative or close friend so that filial relationships can be continued. Kids who have none of that fall in with strangers, some of whom are the most gracious and compassionate people I have ever met. The family portrayed in this video are probably no exception to this, but the way the video is edited and framed is deeply troubling and reflects poorly on the Brown campaign, which, as The Public’s Geoff Kelly reported this week, is receiving the services of embattled apparatchik Steve Piegon.

Family Court is no exception to the rest of our society’s institutional racism and class bias, in fact, it has to constantly check itself from becoming one of the pillars of such discrimination. In no other setting are the products of upper middle-class America (the lawyers and judges) impacting the lives to of lower- to no-income people to such an extent.

We should presume that the child in this video has been adopted by the foster parents, but it’s telling that they don’t present themselves as such. Instead, they say, “As foster parents, we fell in love with Ava right away,” invoking all the class associations we all have about foster care, children of color, and white, middle-class savior types. It’s a myth that our society loves to keep telling itself and the biggest reason why Sandra Bullock won all the awards for her portrayal of a Southern woman who took in an impoverished teenage football star, Michael Oher. Oher became a first-round draft pick in the NFL, but this year has started talking publicly about the pressure the film continues to put on his life. Similarly, making this child the object of middle-class salvation will do her no good, and if Brown thinks this may become part of her job we should all be concerned.

Every candidate for Family Court has made a difference in the lives of families, that’s the line of work they’re in. But there’s a reason why other candidates’ videos use actors, family members, colleagues, etc. as stand-ins and that’s because what happens in Family Court is deeply personal and private. Family Court records are not public record like criminal proceedings are, so why the Brown campaign found it appropriate to trot out a child of color and tell a highly palatable and favorable piece of her story for purely political reasons is just plain distasteful.

Brown has 30 seconds to play with on this commercial that is airing far and wide on local television. Every second is money and every word is intentional. The foster/adoptive parents could have offered a vague testimonial, but they didn’t. Nancy Lillis’s use of “foster parents” instead of “parents” (which is what they would be if they adoption had been finalized) as the opening hook followed by “she came from a neglectful home” is 100 percent intended to gain sympathy for the child.

My question is: Did the Lillises know they we’re being used? Did they know Michele Brown would turn their family’s story into a reductive and inappropraite campaign platform?

Update: Michele Brown’s campaign has contacted The Public to clarfiy that Ava was indeed adopted by the Mr. and Mrs. Lillis.