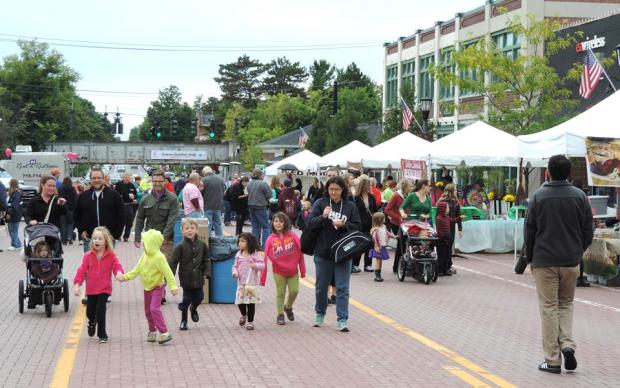 I grew up in East Aurora, so I have specific memories of what East Aurora tastes like.

It tastes like a Chet’s hot dog with everything on it; it tastes like fries and a cold pop from Jester’s, or a milkshake from Red Barn.

It tastes like a roast beef sandwich swimming in gravy at the Iron Kettle, and like eggs Benedict at Charlie’s diner, five-cent wings (so long as you bought a pitcher of pop) at Sorrentino’s, a fish fry at the Globe. It tastes like maple sugar candy as soon as the sap begins to run, and like birch beer and grapefruit soda from the bottling works on Elm Street at a picnic. It tastes like ubiquitous violet leaves, rich in vitamin C, and equally ubiquitous mint.

It tastes like black bean soup with a dash of sherry, and Welsh rarebit, on the porch of the Roycroft Inn. It tastes like a case of Goebel’s long-necks, cold as you please, purchased underage at Bach’s.

My memories, like all memories, are nostalgic and happily outdated. My hometown, in league with the region as a whole, has grown to offer a great diversity of options when it comes to food and drink. Many of these will be laid out next Saturday, September 10, 11am-5pm, at the fifth annual Taste of East Aurora.

Among the participants whose offerings I look forward to:

The event takes place on Main Street between Olean and Riley, rain or shine.