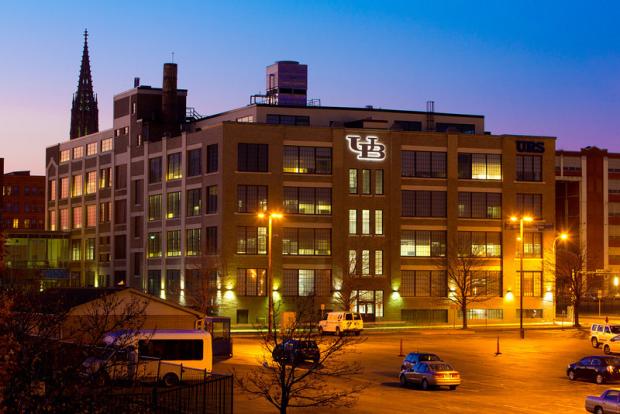 For the last two years, adjuncts and graduate student workers at the University at Buffalo have been asking for a living wage. UB’s response? An $18 million project for a football field house and nothing for its lowest paid instructors, who teach thousands of students each semester.

Adjuncts make as little as $2,750 per course, graduate and research assistants as little as just under $10,000 a year for workloads frequently in excess of the 20-hour work week in their contracts. For graduate students, this work is often in addition to full course loads and, for some, family responsibilities. Often, the stipends of grad students and adjuncts do not approach minimum wage and certainly are nowhere near the roughly $23,000 that the UB Financial Aid Office defines as the cost of living. The consequences are sometimes heartbreaking: Facebook posts, emails, and pleas in person asking for help when they can’t afford food, bills, dental care, or when they are facing eviction. In the English Department alone a student has dropped out of the program because she could not afford childcare in each of the past two years. UB refuses to secure paid parental leave for its graduate instructors and adjuncts.

To address this, adjuncts and allies (including full-time faculty and undergrads) marched on the provost’s office, first on February 15, 2015, and a second time on May 5, 2016. Graduate students have also raised the issue in three Faculty Senate meetings in the spring of 2017. The administration has responded at every turn with indifference or excuses. They claim their hands are tied. They blame Albany for a shortage of funds and individual departments for not slicing up the pie in their workers’ favor. “You wouldn’t understand,” they argue. “It’s complicated.”

UB has access to a billion dollars in the form of the UB Foundation. The UB Foundation is a billion dollar fund whose operations its past and present boards of builders, real estate developers, and corporate executives have kept wrapped in secrecy. Its most recent big expenditure? With help from the foundation, UB has decided to invest $18 million in a new football fieldhouse, after it gave $3 million for the Murchie Family Football Center and several more millions for other football facilities, on the top of a $22 million annual subsidy to UB Athletics. The project, UB administrators insist, will be paid for by philanthropists, generous alumni, and the money allotted for it by the UB Foundation.

The UB Foundation also pays salary “top-ups” to administrators like Satish Tripathi, the university president, whom the foundation paid an extra $150,000 in addition to his regular $431,970 yearly income, according to the Buffalo News. The fact of the matter is that UB siphons cash into this pool of dark money from not just big donors with agendas (private donations constitute only 16 percent of yearly revenues) but also state endowments, student fees, and event revenues. While private donors might restrict the uses of their donations, the administration could spend these funds on its own students if it had the will to do so. The administration chooses not to give its workers wages that could pay for basics like food and housing. We’re not against sports. We’re against the administration asking us to believe it isn’t able to pay its graduate workers a living stipend and its other workers a living wage. They can. In 2015 SUNY Binghamton committed to add $600,000 a year to raise graduate student stipends to the 75th percentile in their respective fields. These funds came from the Binghamton Road Map—their equivalent to the UB Foundation.

So what does this have to do with the City of Buffalo? UB’s thousands of workers are an integral part of Buffalo’s community. While UB’s 1973 move to the suburbs dragged many faculty and most undergrads with it, a far greater percentage of graduate students remain in the city. Sure, we’re spending money in the city limits, but we’re also part of its civic life. When UB was trying to push through the Buffalo Niagara Medical Campus with no concern for how this would affect long-term residents of the Fruit Belt, many UB grad students showed support by attending community meetings.

The same goes for other causes important for the city’s life. Throughout the summer and fall of 2016, many UB grad students and professors worked tirelessly on mobilizing people to attend Buffalo Board of Education meetings and voice strong support for the gender identity policy (after much delay, successfully passed in October). For the last couple of years, our graduate students and professors have been part of collective efforts to hold local politicians and businessmen, such as Carl Paladino, accountable for their self-serving politics and harmful public behavior. We are part of local campaigns for the rights of undocumented immigrants and their protection from unethical policing. We help connect the city and the campus in many small ways, even when it seems UB itself would rather retreat behind its moat of highways.

Meanwhile, nothing better underscores the administration’s indifference to the city than President Tripathi’s apathy in regard to UB’s lack of black faculty and faculty of color. As of fall 2015, only 98 of 2,513 faculty were black. Of these, only 41 were tenure track. A 2012 study by the the Commission for Academic Excellence and Equity concluded that “UB falls significantly below the best practices and achievements on diversity and equity of AAU institutions. Further, the evidence the Commission gathered does not fully support UB’s often-stated commitment to diversity and equity.” When a faculty member voiced his concern to Tripathi at the university’s very low percentage of full-time black faculty (about two percent) in a 38 percent black city, Tripathi did not see this as a problem, arguing that UB was a nationally  and internationally oriented university and that the administration needed to look at the national pipeline of candidates, not the community. (And indeed, as we write this, we are experiencing the latest wave of faculty of color leaving the university.) However, UB doesn’t hesitate to use community involvement as an argument when it wants to secure the city’s consent for its investment in the medical campus on Buffalo’s predominantly black East Side.

If the university says it’s committed to the community, it’s time to start holding it accountable. A living wage is a small part of a larger struggle for equality on campus and in the campus-community relationship. Help us take a step in the right direction and ask UB to support its graduate workers by following this link. —3 BUFFALONIAN GRAD STUDENTS AT UB

OTHER LABOR NEWS THIS WEEK:

A dispatch from inside the Fight for $15.