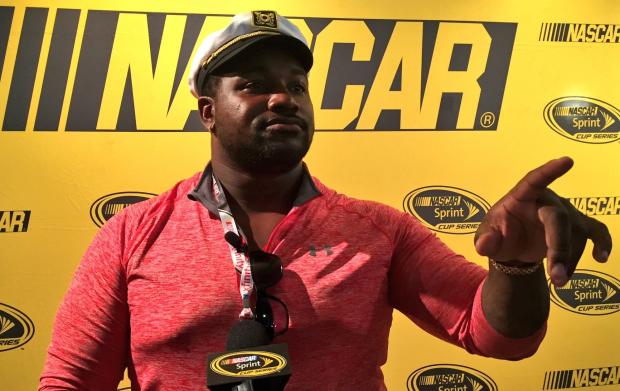 After seven seasons with the Jacksonville Jaguars and Baltimore Ravens, Eugene Monroe announced his retirement earlier this year at age 29. A former 8th overall pick, he could have elected to keep playing, he earned $7.7 million in his final season after all.

But a concussion he suffered in the first drive of the first game of 2015 led him to realize that continuing would only further ravage his body and put his long term health at grave risk.

If football was ever able to be honest with itself, it would realize it’s a sport that has lost its way, just as many of its former players get lost driving home.

Monroe recounted his experiences last May for ThePlayersTribune.com, a sports website devoted to athlete-authored articles. Before every game, a select group of players line up to climb aboard the “T Train,” a powerful, shot in the ass of a drug called Toradol. Toradol is an effective painkiller for players looking to get through a game without feeling the effects of an injury, but its masking effect and multiple negative side effects—which include death—put a sharp edge on the closer side of the sword.

“Football is pain,” Monroe concludes, noting that for almost every injury, he was prescribed opioid painkillers for recovery. “The NFL and its athletes are not immune to the opioid epidemic in our country,” Monroe aruged. “Indeed, retired NFL players are more likely to misuse opioids than the general population because of unavoidable and recurring chronic pain.”

That of course includes current players who may be getting Toradol on gamedays, opioids during the week to get through practices, and Ambien before games to get rest on demand as needed. It’s a miracle that players don’t all find themselves in 28-day programs for the entirety of February to get clean from league-sanctioned drug dependence.

Marcell Dareus cost himself 4 games and $3M+?! For what? Nothing is that good and no one is that clueless. Or so I thought.

It was reported Tuesday that the Buffalo Bills Marcell Dareus had again violated the league’s substance abuse policy, with one respected national writer claiming it was for marijuana. Voices chimed in from the crusty frontbench of American sports journalism on Twitter, concluding variously that it was ridiculous to suspend a player for using a substance that was now legal in four states and that the rule is the rule, and how could Dareus be so stupid.

Never mind, of course, that the league only exists because of the far more severe drugs it sanctions to give its players. Never mind that the NFL’s history of obfuscating what it knows about concussions and player safety would make either current candidate for president blush. Never mind that the league—which is 67 percent African American—exists in a country receiving deserved attention anew about its systemic attitudes towards bodies of color. Never mind that smoking marijuana might be the only thing keeping a player from abusing a far more dangerous and life-changing drug.

Not sure how you feel, but I’ve grown tired of Marcell Dareus’ apologies and requests to believe in him.

In the end, one must allow that Dareus might indeed be a knucklehead. But given what we know about player safety, doesn’t every football player—who my brother-in-law regards as modern-day gladiators—deserve the benefit of the doubt on this? It would be refreshing to hear sympathy from old guard of sportswriters and talk show hosts instead of castigation. Whether it’s the league’s parade of canned military patriotism, its hyper legalism surrounding its most simple plays—indeed, what constitutes a catch or a “football move”—its absolutely nonsensical drug and domestic violence policies, its hyper-commercialism and division of all aspects of consumption into economically tiered market groups, or the way it allows players to dole out concussions to key opponents in playoff games; we must admit the NFL is kind of an idiotic enterprise.

Writers need to get more comfortable clanging a few arrows off the shield every now and then and viewing players bodies as something worth protecting. The default posture of blaming the player for violating the stupid rule of a titanic corporation is typical of our distorted sense of labor valuations. The boss is always right, and the press is all too happy to oblige.

It’s not good for the sport to see its good players retire early because they want to be able to drive a car safely past the age of 40. That the league gets away with suspending Browns wide receiver Josh Gordon an entire season for marijuana while giving players involved in domestic violence assaults much shorter suspensions erodes whatever credibility the league assumes for itself. It’s the fallacy of power that has seeped into so many arenas of public life, and has arguably led to the single most disastrous presidential candidate in American history: If something is thought to be powerful and rich it must also be right.

I think it’s dumb for the NFL to suspend for pot smoking. It’s just as dumb for Marcell Dareus to hurt his team by getting caught doing it.

The Pegulas should make a bold statement and dump Marcell Dareus. Enough already. Curious to know what you all… https://t.co/4qiMM5GINx

Since retiring, Eugene Monroe has become an instant proponent of medical marijuana. His brief argument immediately makes more sense that the NFL’s reefer madness mindset: “The NFL relies heavily on opioids to get players back on the field as soon as possible, but studies have shown medical marijuana to be a much better solution; it is safer, less addictive and can even reduce opioid dependence. Some studies have also shown that cannabidiol (CBD)—one of the more than 100 cannabinoids found in marijuana—may function as a neuroprotectant, which means it can shield the cells in the brain from injury or degeneration. We need to learn more about this.”

And Buffalo’s own Cliff Robinson has launched a sports marijuana business in his adopted home of Portland, Oregon. Though neither Robinson nor Monroe have or will admit it, they’re probably advocating for applications of cannabis in sports because they experimented with it firsthand and saw the potential benefit.

So if you find yourself pissed at Marcell Dareus for costing the team four games without its best defensive player, consider that he may have been puffing tough for you, Bills fan, to extend his own longevity as a player.

Years ago, Bills running back Marshawn Lynch was involved in a late night hit and run incident on Chippewa, which resulted in a certain T-shirt being seen around the stadium: “Marshawn can hit whoever the fuck he wants.”

Come week five when Dareus returns and I don’t encounter a “Marcell can smoke whatever the fuck he wants” T-shirt, I’ll be disappointed in you, Bills fan.