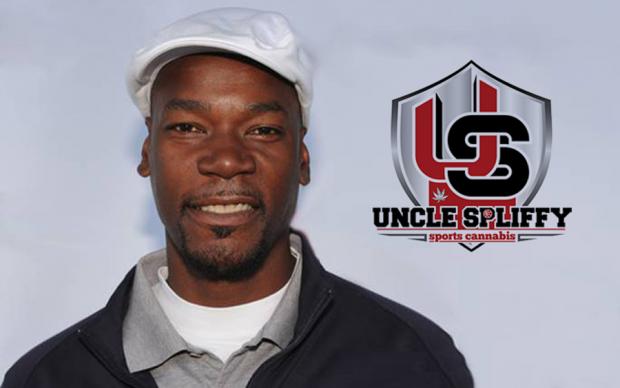 Cliff Robinson has always been an outlier. When he entered the NBA in 1989, players a shade under seven foot weren’t spreading defenses with jump shots, and they certainly weren’t doing it while wearing a cool headband.

Add in a dynamic presence in the early 1990s arcade game NBA Jam (Portland’s Clyde Drexler and Robinson were a lethal combo) and a funny victory dance (the “Uncle Cliffy”) and you had more than an NBA star, you had a loveable character and a fitting representation of his hometown of Buffalo. Robinson grew up across the street from Seneca High School but attended and played at Riverside.

Robinson would go on to play at the University of Connecticut before the start of a remarkably consistent NBA career that lasted 18 seasons. When he hung up the headband in 2007, he was the tallest player to ever hit 1,000 three-pointers in his career and ranked seventh all time with 1,380 games played.

Robinson has continued to follow his own path since retirement, a path that lead him to the cast of Survivor and onto Dennis Rodman’s “basketball diplomacy” team that played in North Korea in 2014.

Suffice to say, Robinson does things his own way, and there’s no better evidence of that than his latest venture. Robinson is opening Uncle Spliffy, the “first-to-market Sports Cannabis brand in the world…marijuana designed for athletes” in Portland, Oregon. Recreational marijuana was legalized in Oregon in 2015.

Robinson spoke to The Public about his vision for the multifaceted brand and breaking down the stigmatization of marijuana.

“Right now, our business model is kind of fluid due to the fact that [the news of the business] kind of got out a little sooner than we wanted,” Robinson said. “So, we are kind of put in a position where we’re vetting out a lot of different opportunities, whether it be partnering with somebody on a grow, or to partner with someone to bring different products to our business and the consumer.”

Those “different products” could be anything from apparel to marijuana topical creams and more. Robinson believe that marijuana can aid athletes during downtime and recovery.

“When you think about the physical wear and tear, mentally and physically that someone puts on their body, [even for] someone who is just a regular, everyday person who goes to the gym and tries to put themselves in the best shape that they can be. [Marijuana] can add to their quality of life.”

Uncle Cliffy envisions an array of Uncle Spliffy products much in the same way that Gatorade carries different products aimed at consumers with varying goals.

Although attitudes are evolving, a social stigma around marijuana still exists, particularly when related to athletes. Robinson’s NBA career was interrupted by a marijuana arrest and suspension in 2001, with two more suspensions following in 2005 and 2006.

Nonetheless, Robinson isn’t fearful of the negativity that could come his way as the first pro athlete to not just endorse, but professionally (and legally) sell marijuana.

“It’s definitely jumping out there, it’s definitely going to be a little controversial, because when you think of athletes and marijuana, it’s been frowned upon,” Robinson said. “So, I think it’s an uphill climb, but it’s a conversation that needs to be had, because there’s so many benefits to cannabis and hemp as a whole that we definitely wouldn’t be doing ourselves justice by overlooking them.”

The Uncle Spliffy brand is a natural fit for Robinson, who says he first became familiar with marijuana while growing up in Buffalo. Despite the suspensions and arrest, Robinson says he has never looked at marijuana as a negative in his life because he was able to reach many of the milestones he had envisioned for his career.

“I was able to get to the NBA and play at a high level, and anybody who has achieved goals in their life and [used] cannabis products, I think it would be crazy for anyone to look at them in a negative light, because they are going out and achieving their goals. They are still performing at a high level,” he said.

Robinson frequently visits Buffalo, and although the prospect of marijuana legalization seems to be growing in New York State, he would prefer to see other developments prioritized in the Nickel City.

Robinson is breaking ground by publicly promoting marijuana, indelibly attaching it to his persona as an athlete. And yes, he is trying to get his peers to fess up to their usage and soften the stigma.

“Oh, trust me, I’ve already joked with a couple of guys that if they don’t out themselves soon, that I was going to out them,” Robinson said.

One can only speculate if any of those marijuana friendly peers joined Robinson on Rodman’s aforementioned “basketball diplomacy” squad that entertained Kim Jong Un in North Korea, although it’s unlikely they indulged while visiting the totalitarian dictatorship. The unique excursion and Rodman’s bizarre behavior were widely reported on in the United States.

“Anytime you get to go into a country that people rarely have access to, from a historical standpoint, you have to take advantage of that opportunity. As an athlete, I play basketball. I’ve played basketball for a lot of different people, and I never thought of it as anything other than going to play basketball in North Korea,” he said.

As workmanlike as Robinson’s approach was, the weirdness of the trip was not lost on him. “It’s like clockwork over there. I compare it to being in The Matrix.”

Now Robinson faces his own kind of matrix, working to expose the realities of marijuana to an often uninformed and/or ignorant populace.

“It’s more than just THC and flower. There’s so many different things that are being done with cannabis and hemp that people really need to open their eyes to the information out there and be a more educated consumer of cannabis products as a whole.”

For more information on Uncle Spliffy, sign up to receive brand launch information at unclespliffy.com.