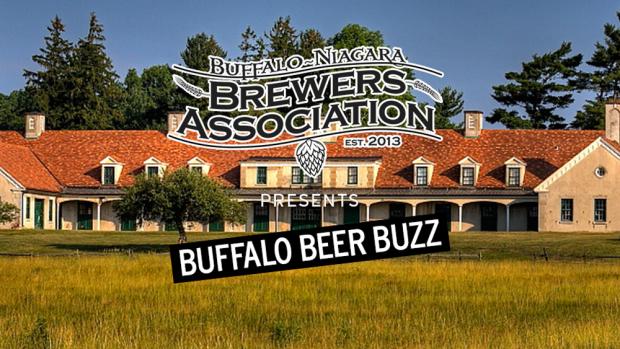 Could a brewery be coming to East Aurora’s Knox Farm State Park? If the couple behind McKenzie’s Hard Cider has their way, then yes. Julie Ciolek, whose husband Lenny is the founder of McKenzie’s, submitted a proposal to New York State to “improve, repurpose and manage the decaying historic horse barns, stables and other buildings” at the park, which would include the production of beer and cider made from hops and apples grown on the grounds. Lenny says that his wife pledged to invest $539,000 in capital projects over three years in return for a 10-year renewable lease, adding they don’t intend to transform the farm into anything “commercial-looking.”

Big Ditch Brewing fans can expect a pair of barrel-aged beers in the future as the brewery has their Towpath Imperial Stout aging in bourbon barrels from Smooth Ambler Distillery and the second iteration of their Bidwell Wild aging in red wine barrels from Leonard Oakes Estate Winery. According to Big Ditch’s Matt Kahn, four barrels have been filled with the Towpath and have been aging for six months with plans for bottling, while one barrel of the Bidwell Wild was filled with tart cherries, peaches, and plums from Dan Tower Farms and blueberries from Erdle Farms. They plan to brew another Bidwell Wild batch before years end.

Upstart MyCity Brew has set out to craft the ultimate Buffalo beer, and they are seeking your help in order to get things just right. They are asking Buffalo beer fans to cast their vote for their favorite beer style, choosing from up to four options from a list that includes lagers, malt-forward ales, hop-forward ales, porters and stouts, sour/wild ales, Belgian/French ales, or German ales. Vote on their Facebook page. If you vote now, and share a Facebook post, you can also win one of ten roles on MyCity Brew’s final selection tasting panel. You can also find more information at MyCityBrew.com.