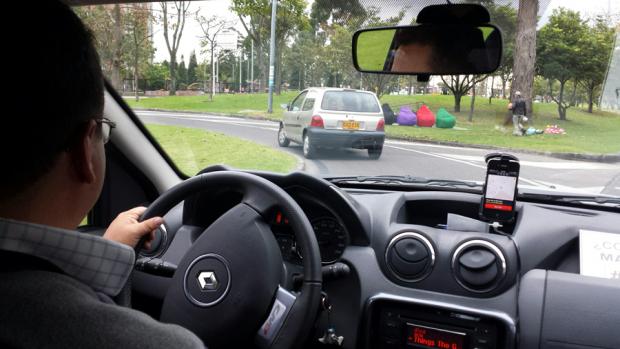 Since its inception in 2009, Uber’s e-hail services have exploded throughout the country. The ride-hailing company now operates in more than 200 cities worldwide and is available in more than 20 different states in the U.S.

State legislatures around the country have struggled to keep up with the rapid growth and the new “sharing economy” business model that states frequently fail to regulate. Currently, Uber is allowed to operate within New York City, but the service is not available upstate.

Uber in recent weeks won a major publicity war when New York City Mayor Bill de Blasio backed off his proposal to limit the number of new Uber cars on the road. The standoff caught the attention of Gov. Andrew Cuomo, who on a radio show July 23 said there should be a “statewide regulatory framework” for e-hail companies.

“If they’re going to be operating statewide, I want to make sure we have a regulatory structure: insurance, taxes, vehicles, they want access to the airports, you know,” Cuomo said.

Proponents of e-hail services in the state Legislature hope the governor’s comments and recent publicity around the issue will give the push needed to pass legislation that would allow the companies to operate statewide next year.

Last year, Lyft, another e-hailing company, received an order to stop offering services in Buffalo and Rochester from the state Department of Financial Services and Attorney General Eric Schneiderman, who alleged the company was violating the state’s insurance laws by failing to require its drivers to hold commercial licenses, carry adequate insurance and comply with local for-hire licensing rules.

Lyft and Uber drivers operate as independent contractors who use their personal vehicles to transport passengers. Unlike taxi and livery services, the companies do not own the vehicles. Under the state’s insurance laws, personal vehicles cannot be used for a business purpose.

“In current law, there would be a gap in insurance coverage if someone just started using their personal vehicle to transport passengers. I’d like to change that,” said state Sen. Jim Seward, chairman of the Senate Insurance Committee. “My legislation would basically double the minimum insurance coverage as soon as the driver puts on their app and they come available for hire. That would double their usual minimum insurance and while the vehicle is engaged in a ride that coverage would increase to $1 million. (Uber and Lyft) provide that insurance coverage.”

Schneiderman and the DFS also alleged Lyft was violating local livery and taxi laws. Companies like Uber and Lyft in the past have maintained they are a technology company and not a livery or taxi company.

“There’s a question of how these operations are going to be regulated in the balance of the state,” Seward said, “whether we do it through state statute or have the (transportation network companies) go city by city to deal with local taxi and livery commissions. In those cases they have a local governing or a regulating body that regulates the customary taxi and livery services that may operate in those communities.”

“We believe that all companies should operate under the same standards and not act, as this bill does, to codify unfair advantages for businesses or allow for lower standards of public safety,” LBTOUNY President Kevin Barwell wrote in the memo.

LBTOUNY did not immediately respond to requests for comment.

Despite the legal and political obstacles the e-hail companies face, several upstate New York mayors are excited about the possibility of these companies being made available in their cities.

Buffalo Mayor Byron Brown says he is open to the idea of e-hail companies returning to his city.

“We don’t necessarily see controversy, because it’s not a traditional taxi company,” Brown said. “It is an application, so it’s a technology company. We think those issues here could be worked out.”

“I’m excited by the possibility, but I also think it has to be done in a regulatory framework,” Syracuse Mayor Stephanie Miner said. “I’m in favor of competition. I think they could help bring competition to the marketplace in terms of price competition and also quality competition.”

Miner said she hears complaints about the lack of e-hail companies in Syracuse from many students and those who travel, but there is not a huge outcry for such services.

If Uber were allowed in Syracuse, Miner said she would like to see some regulations that confront issues like price-gouging and passenger safety.

“I want that issue to be looked at and addressed and communicated in the decision that is made, so that when there are 37 people leaving the Carrier Dome in Syracuse and they go to call an Uber or a Lyft, that those rides that were $30 don’t turn into $300,” Miner said.

“It’s no secret that we have a lot of challenges with taxis here in the city of Albany and the region,” she said. “I understand the concerns taxi and livery services have expressed, but if they’re not delivering the level of service that we need in our community, I just think that keeping out competition to prevent that level of service from occurring is hurting all of us economically. I think there is a place for everyone.”

State legislators this fall will host a series of hearings and roundtables to discuss the legal and political obstacles e-hail companies face as they move their on-demand ride services into markets in upstate New York.

Changes to state law to allow the e-hail companies upstate will have to wait until the 2016 legislative session begins in January. Lawmakers remain hopeful the legislation will pass next year.

“I don’t see how we can continue to indefinitely stand in the way of this (legislation passing),” Seward said. “It’s just the wave of the future and I think that’s the way many people live today, conduct business today and I think it is inevitable, because the consumer demand is only going to increase as they experience it in other locations. I think that pressure to do something is only going to increase.”

Ashley Hupfl appears courtesy of a content-sharing agreement between The Public and City & State.