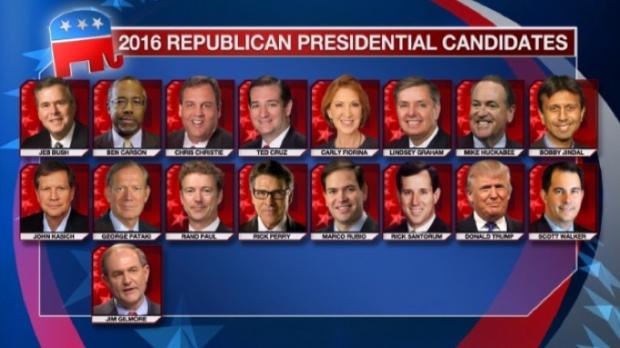 Did you watch either of the two debates that Fox News held for the little league roster of Republican presidential candidates? I made it through the first hour of the frontrunners’ debate because anything more would have been masochism.

The reports this morning say that Trump dominated, but what I saw was an irrelevant 80s pop culture relic trying to make himself (a) relevant; (b) seem conservative; and (c) seem like less of a flip-flopper. What I saw seemed to me to be an embarrassment. For instance, if Trump was in favor of a single-payer health insurance scheme because, as he put it, it “works great” in Canada and Scotland, why would he deprive Americans of something that “works great”? In what way has Obamacare held back any putative effort to implement a single-payer (or partial single-payer) plan? Trump said he wants to build a wall to keep out the Mexicans, but Marco Rubio asked rhetorically about what happens when El Chapo buids a tunnel under the wall.

What we know is that Rand Paul is a miserable shit and everyone hates him.

Ted Cruz is a Bond villain. He is Blofeld and basically wants to kill all the ISIS with sharks, laser beams. Cruz seems to think that the key to defeating ISIS is to call them names. He’s a big fan of Egypt’s new, authoritarian military dictatorship.

Ben Carson seems like he has a nice bedside manner, should stick to medicine.

John Kasich seems sane, which means he has zero chance. As Josh Marshall put it, “he was the only person who seemed interested in governing. In context, a poor showing.” Ha.

Chris Christie livened it up when he took on Rand Paul, whom everyone hates. Paul is the annoying libertarian troll in the comments section; an unreasonable pest. Christie, unlike Paul, has actual experience as the chief executive of a governmental entity. I have mixed feelings about Christie — sometimes his brash outspokenness is good, when he defends the vast majority of law-abiding Muslim Americans, for instance. But scratch the surface, and he’s just as bad as the rest of them; perhaps worse.

Trump said that the Mexican government is “sending” all of its criminals to the US because they’re so much “smarter” than the US government. If Mexico’s leaders — who preside over a country that is now largely controlled by drug cartels and their corrupt government stooges — are so much “smarter”, wouldn’t Americans be flocking to emigrate south? The whole thing is idiotic.

Huckabee is running to be President of fetuses. One thing I’ve learned over the past few weeks is that the right’s false and misleading ACORN-style assault on Planned Parenthood reveals how much more they value the life of a fetus than that of a living female. Planned Parenthood’s chief mission is women’s health, including cancer screening and treatment. All these men preening about how much they hate the Planned Parenthood and pledging fealty to fetus-Americans are willing to sacrifice the lives of women to cancer and disease. Scott Walker, for his part, would force a woman to give birth even if it kills her. Literally. It’s the “should’ve shut your legs” plan.

Fox’s Megyn Kelly called Trump out for some of his misogynist comments over the years. He turned it around into an assault on “political correctness”.  If you think that it’s acceptable to disagree with a female by calling her a “fat pig” or “dog” or “slob” or “disgusting animal” — that’s not being un-PC, that’s being a malignant asshole. Donald Trump obviously has no business being anywhere near elected office and makes for an entertaining sideshow. But like the miniature horse at the fair, there’s no there there.

But the whole spectacle really put on stark display how stupid our politics has become. The election is in November 2016. The Iowa Caucuses and New Hampshire primary are in January. The moderators ask a candidate a question, and the candidate gets one minute to regurgitate a memorized set of talking points as quickly as possible. With a few exceptions, it was a canned set of little campaign ads. I think the Hill’s roundup of “winners and losers” is about right — I think Kasich was a breath of fresh air, and I’d put Bush as “mixed” and move Cruz to “loser”. Walker is weak, Carson seems uninformed, Huckabee is a snake oil salesman, and everyone hates Rand.