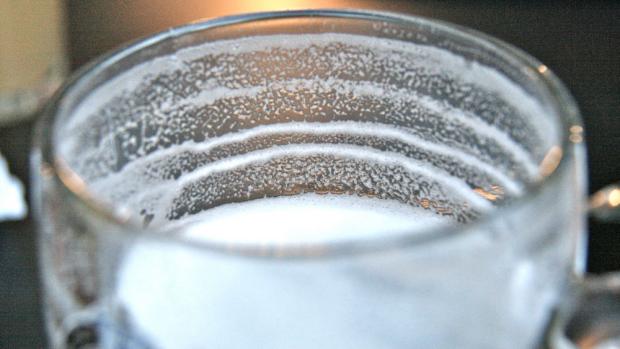 The term “beer geek” was hip and cool five or 10 years ago. Now, it carries a heavy connotation of negativity. And truthfully, I don’t like that. In this age of hyper-interest, we hear the phrase “geeking out” on a regular basis. It means someone’s really into something. They love it. They live by it. And that’s beer geeks to a tee. Of course, there are snooty beer geeks out there, but I prefer to call that brand of enthusiast “beer snobs,” not “geeks.”

If you know a beer geek, if you spend a lot of time at microbreweries and/or craft beer bars, or you aspire to one day become a beer geek yourself, here are eight terms you’ll hear and want know…

The “bouquet” is the aroma the beer gives off. Beer geeks will tell you that you can’t experience a true bouquet if you don’t drink your beer from a glass. And they’re right. You want a glass because as you bring the beer to your mouth for a taste, the opening at the top of the glass allows its aromas to enter your nostrils. The best way to remember this term is simply to think of a bouquet of flowers.

A “session beer” is a beer you could drink all day long. The style really doesn’t matter. It’s all about the alcohol content of the brew, or “alcohol by volume” (ABV). Just think of an all-day hangout session with friends. Any beer you could drink that entire day—within reason, of course—without exceeding the Buzz City Limits, is a session beer. Note: “session beer” is often used synonymously with the phrase “lawnmower beer” or “lawnmower lager.”

This one is so easy that it’s actually hard. You’re thinking, They can’t possibly be talking about, like, dirt, or grass, right? Well, no. Not right. They are talking about that. Have they tasted dirt or grass? I don’t quite know. But I doubt it. “Earthy” refers to aromas and flavors similar to, well, the Earth.

Jay Brooks of the Brookston Beer Bulletin, a beer blog I very much respect, describes it as “a beer with aromas and flavor reminiscent of earth or soil—such as forest floor or mushrooms.” Still confused? That’s okay. So am I. Maybe even more so than I was when I started writing this one. I’m just not entirely sure what it means because I would never, and have never, used it to describe a beer I’m drinking. But the beer geeks still say it.

This one is also pretty easy. Just think the opposite of “micro,” as in “microbrewery.” Budweiser, Coors, Miller—these are all macro beers. If a beer geek uses the term “macro,” assume they’re using it negatively. Small equals good and big equals bad. Easy enough, right?

“Mouthfeel” is another easy one. It refers to the way the beer feels in your mouth. When you sip the beer, the mouthfeel may be “thin,” “full,” “over-carbonated,” “under-carbonated,” “smooth,” or “creamy.” This term is also used when describing the aftertaste.

Though somewhat similar to “mouthfeel,” the “body” of a beer is slightly different. Body refers to the consistency, thickness, and mouth-filling property of a beer. ”Balanced,” “robust,” “heavy,” and “light” are all adjectives commonly used to describe the body of a beer.

This is one of the most common terms you’ll hear beer geeks use when describing a beer, and it’s another easy one to remember. The head simply refers to the foam at the top of a beer. When thinking of this one, simply think that the top of a human body is the head, and the foam at the top of a beer is its head. A good head is somewhere between one inch and one-and-a-half inches of foam. A related term you’ll also commonly hear is “head retention.” This simply means how long the foam lasts on top of the beer.

“Lace” or “lacing” refers to the pattern of foam that sticks to the sides of a glass once it’s been partially or totally consumed. This term is typically used when analyzing the cleanliness of the glass or glasses used to serve the beer. If a glass is “beer-clean,” you’ll see rings of foam stuck to the sides of the glass.

So, there you have it. Of course there are another hundred or more terms you could learn in order to master the beer geek lexicon. But this is simply a crash course. Memorize these eight, and you could walk into any brewery or bar and pass as an entry-level beer geek, which is not at all a bad thing.

Caleb Houseknecht is social media organizer at KegWorks. This column appears through a partnership with the Buffalo Niagara Brewers Association.