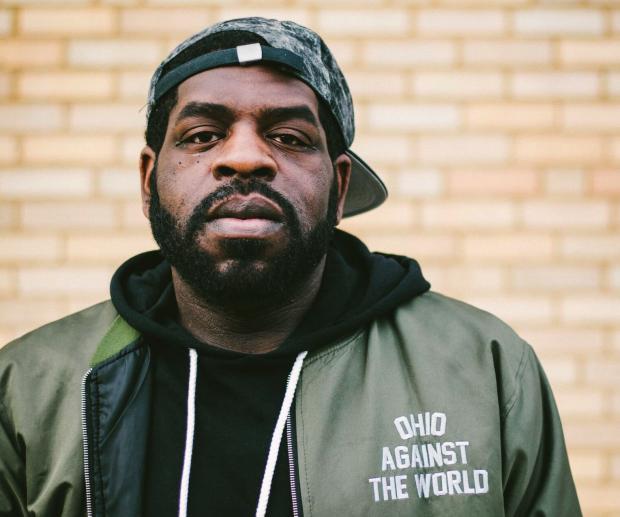 Hanif Abdurraqib is the author of They Can’t Kill Us Until They Kill Us (Two Dollar Radio, 2017), a collection of critical musical essays some of which were previously published by the New York Times, MTV, and Pitchfork and were also featured in Rowhouse Reads, a collaboration between Just Buffalo Literary Center and Rowhouse Bakery and Restaurant, and a collection of poems, The Crown Ain’t Worth Much (Button Poetry, 2016). In his critical writing, Abdurraqib has been cited as a potential torchbearer to legendary critic Lester Bangs. Abdurraqib describes his poetry collection as having an “adjacency to violence” as the “hovering specter” over the book. His new collection, A Fortune For Your Disaster, which will be coming out in 2019 from Tin House was described as a “real departure” by Abdurraqib as he writes poems inspired by the movie The Prestige and channeling the ghost of Marvin Gaye.

I was on tour from January until early May which was pretty exhausting, but also really good to get out there. I really enjoyed meeting and talking to people. People would talk to me, quite passionately, about pop culture, or music, or whatever specific thing they were into. Reading out of the book is a bonus in some ways.

Who are you reading? Who are you looking forward to reading now that you are done with your tour?

Actually, travelling gave me plenty of opportunity to read. I have a new book of poems I’m working on so I’ve been reading a lot of poems: Not Here by Hieu Minh Nguyen, Indecency by Justin Phillip Reed, and revisiting a book called Cruelty by Ai. On the non-fiction tip, I did read the new book by Zora Neale Hurston because I had to review it.

Talk to me about the Hurston book.

It’s called Barracoon and it is pretty brief. It’s an account of her several interviews with the last living slave that was one of the last slaves to be brought over on a slave ship. She wrote it and archived it in the late 1920s. We are to believe that this unearthed book is in the form that Hurston wanted it to be in.

Right. Wasn’t the deal with that that there was pushback from the editors because they wanted her to, essentially, “clean up” the language and essentially turn it into standard, academic English and she wasn’t interested in that?

Correct. They wanted her to change the language and she wasn’t having it so the book just sat there.

Thankfully we’ve found the moment for the book to be published. We read They Can’t Kill Us Until They Kill Us for our Rowhouse Reads program and we were discussing the ambivalence in your essay, “Chance the Rapper’s Golden Year.” Right around the same time Childish Gambino’s video for “This is America” came out and it struck me like a response to your essay’s response to “Sunday Candy.” What do you think of the video and the enormous amount of response it has gotten?

I think the video is bad. But I also don’t think the video is for me, so then I start to wonder who the video is for. I get that the idea is that if we show America at large, or let’s be frank, he is angling towards white America, this harsh violence will it change things? I don’t think it will. We’ve been trying to take that angle since Mamie Till showed Emmett Till’s body to the world. I’m beginning to think that the more people of color, black people perhaps specifically, insist on showing oppressors the violence being done to them, the more likely their oppressors might come up even worse things to do. So, I didn’t love “This Is America”, I think the song is great, and I loved the Saturday Night Live performance, but in the same way I just don’t need to see any more body or dash cam videos of black people getting shot, I don’t need this video.

That’s a very interesting argument in that there’s the narrative that showing people during the Civil Rights movement getting sprayed by water cannons or having police dogs attack them is what helped change consciousness. But, if I’m following you correctly, you’re saying that because of those events new, crueler, and more subtle ways have been invented that have the same effect.

Absolutely. That said, I am happy with how much conversation the video has generated. I think that is important.

These poems, and your critical writing, make amazing use of what reads as biographical details. That said, many writers don’t make the turn to then making something artistic out of it—it’ll read too much like a poetic diary entry. What advice could you give to writers to help them get out of their own damn way like you do?

Can we talk about the new book?

It’s called A Fortune For Your Disaster and it is very much unlike The Crown Ain’t Worth Much. It’s a huge departure, I think. But, in between Crown and this new collection I put out a chapbook, Vintage Sadness, which was a project that consisted of poems that attempted to—when I finished Crown I was not in a good place, so I took on this project of writing poems based around pop songs that made me feel better. The new book is closer to that. It’s a collection about—I used to define it as heartbreak, but now I view it more as isolation and what it means to come home and not feel healed. I was in Connecticut for a few years and went through a bad breakup and moved home. That was fine, I hate Connecticut and love Columbus (Ohio), but I thought that the move would instantly heal whatever I was feeling and of course it didn’t. So I began to reconcile what it means to be broken hearted and having no one to project that onto except your reflection. I was writing poems that played with the movie The Prestige and Marvin Gaye, but a very specific album of his called Here, My Dear which he made as part of his divorce settlement.

I love that album! At first he was going to make a really shitty album and then decided to make an epic story of romance, from the beginning to the end of a relationship.

I was so fascinated by that, so I have a bunch of poems in the voice of the ghost of Marvin Gaye, if we are to believe that his ghost is living inside that album. It’s a pretty weird book. I was worried it’d be hard to sell people on publishing it because it is so different from my previous work. I’m excited about it. It comes out in the fall of 2019, so I have some time to be both excited and terrified all at once.

Beyond telling stories that traditionally have not received mass attention, you seem to root for the underdog. This illustrates itself at the level of the word. Moist, for example. Where does this love come from?

Perhaps it’s a Midwestern ethos I’ve taken on. I write very much facing Ohio and a place that doesn’t get much attention or is forgotten. I’m always operating from the voice of the underdog, or voices that are under-represented. That translates to everything—my interest in sports, in music, in language.

As the home of the Bills, I can tell you that you are coming to what I refer to as “the gateway to the Midwest.”

There are a folks in Ohio, especially northern Ohio, who feel a kinship with Buffalo. So many of us are tied to Buffalo, particularly in a sports narrative. There’s definitely a kinship between the Bills and the Browns—

Both still waiting for the next quarterback from The U (Miami) to come and save us. But it’s interesting, culturally, we talk about the Midwest, but there is definitely a Great Lakes culture that isn’t quite as well thought about or theorized, or even known. Places like Milwaukee, Chicago, even Windsor and Toronto, we all share a lot of commonality.

Absolutely! I could expand on that, but then I’d be talking forever.