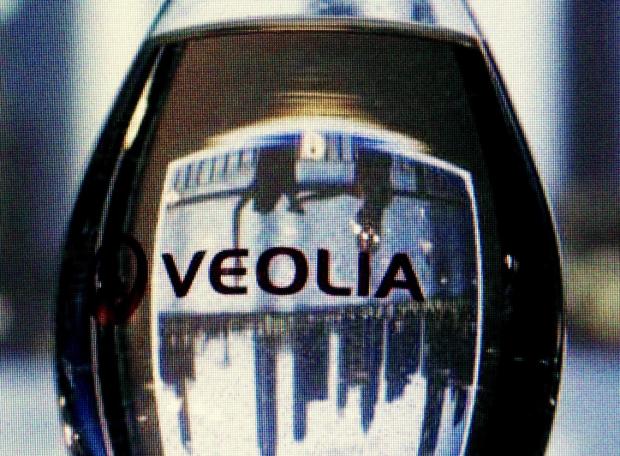 In late June the Attorney General of the State of Michigan sued Veolia North America, a global and Great Lakes water company, charging them with professional negligence and fraud regarding the Flint Michigan water crisis. The company is charged with among other things, issuing a report in 2015 stating that the water was safe  to drink when it knew that the representations were false.

More on the Flint water crisis “What is in the Water”, GreenWatch/The Public/7 February, 2016

It is July in Florida and the beaches of South Florida are essentially closed due to a toxic algae bloom. The guacamole thick stinking mess that stretches from the Atlantic coast and Palm Beach to the gulf shores of Fort Meyers and Lee County is a result of unremediated pollution and weakened environmental rules in the urban communities and agricultural districts that surround Lake Okeechobee, the Everglades, and the coastal communities effected.   Late this week, Republican Governor Rick Scott declared a State of Emergency for the area including Martin, St. Lucie, Lee, and Palm Beach counties.

The negative economic impact of these environmental disasters are tremendous and could have been avoided with careful adherence to environmental regulations focused on sewer and agricultural discharges, and in appropriate and careful development in the region. According to the non-profit legal center  EarthJustice spokesperson Alisa Coe, “anyone who has watched the State of Florida’s regulations in recent years could see this coming.”

Government regulations have been weakened in recent years by administrations dedicated to making government so small that they could drown in it a bathtub. Apparently they have, and now the people that live there are paying the price for despicable practices that result in short term profits for special private interests at the expense of the public.

You may have noticed a large bird-kill on Buffalo’s outer harbor in recent days. Several hundred and maybe many more gulls, particularly young juvenile Ring-billed gulls, have been found dead with carcasses floating on the water and washing up on Gallagher Beach.  We have also noted other gulls including Common Terns, which are protected and have a small and vanishing toehold in this area.  DEC says that while they do not know the cause of these deaths, it is not considered “unusual.”

We disagree, and we are concerned.

We created a Sunday Morning Television video profiling this nesting Colony at the Public on May 31, 2015 Ring-billed gulls and the Outer Harbor

It is important to find a cause of this die-off before we proclaim that this is a normal occurrence. It is most certainly not. The Ring-billed gull colony that is located across from Gallagher Beach may host 2-3,000 nests of these birds. Ring-billed gulls are important birds that act as natural scavengers, and help clean up our waters, beaches, and, well, parking lots that are full of human scattered food and debris. Without these gulls we would have much more of stinking and rotting messes along our beaches, shorelines, roads, and local fast food restaurant lots. We owe these natural scavengers a debt, at least, of gratitude.

In addition to the bird kill,  we have received reports of a fish die-off at this same location.  We are concerned because this part of the Outer Harbor where the Ring-billed colony is located is an area that may be targeted for new industrial development. The area once occupied by Bethleham Steel, and the whole Outer Harbor has severe contamination issues. It is also the location of the Contained Disposal Facility which is where the Buffalo River dredge that contains contaminated materials is dumped. Do we have new issues here?  Please, lets make every effort to fully evaluate what is killing this birds.

The early season reports analyzing the potential for massive algae blooms in the western basin of Lake Erie this year are mixed. For the past several summers drinking water in places such as Toledo, Ohio and Pelee Island, Ontario have been compromised by these toxic algae blooms caused by legal pollution.  Recent efforts by local western basin governments to regulate toxic runoff from agriculture and urban communities may have an effect, maybe not. Warmer temperatures, drought, and lack of enforcement may yet compromise this summers water quality in Lake Erie.  Don’t expect to do much safe swimming at Buffalos beaches this summer.

Some sciene predicts that this algae problem could get to Buffalo in the not to distant future. It is important to note that despite good plans, we have ongoing sewer discharge problems, agricultural discharge problems, and other urban runoff problems that we are failing to address adequately. This includes discharges into the Scajaquada Creek, and the Buffalo River. We have spent millions of dollars to clean-up and dredge portions of the Buffalo Harbor and River, which are Great Lakes Areas of Concern. Recent development decisions by the City of Buffalo Common Council and the Planning Board about obfuscating the environmental impacts of development on the Outer Harbor are discouraging and are pointing us in the wrong direction.  Because of these decisions we the people may continue to suffer the economic, social, environmental and health impacts of the misuse of our waters, shorelines, and wetlands for generations to come.  These shared and public resources are the safe harbor for development manifestos that start with a recent Buffalo Common Council invocation by  appointed religious leaders that suggest that humans are here to “conquer the earth”.  This was followed by a vote to allow no environmental scrutiny on Outer Harbor development.  We must remind our elected officials that while the lost tribes may have heeded the guidance in Biblical times, this is 2016. Life on planet earth is different now. And it continues to change.  If we have learned anything from modern science, we know that as our old friend and astounding environmental thinker, UB’s now deceased Lester Milbraith said, “Nature Bats Last”  We cannot expect to have beaches and waterways, and or drinking water that is safe without some serious thinking and investments. This could be severely impacted by both the Planning Board, and the Buffalo Common Council’s avoidance of a SEQRA process that will help us all to understand the potential impacts and consequces of inappropriate development. This is  especially on the Outer Harbor but it needs to be a central part of all development decisionmaking.   Bad decisions clearly mean that we will have to spend more public money before we can even contemplate getting out of the toxic predicament that we make for ourselves.  Will we?  Our future is bearing down on our quickly.