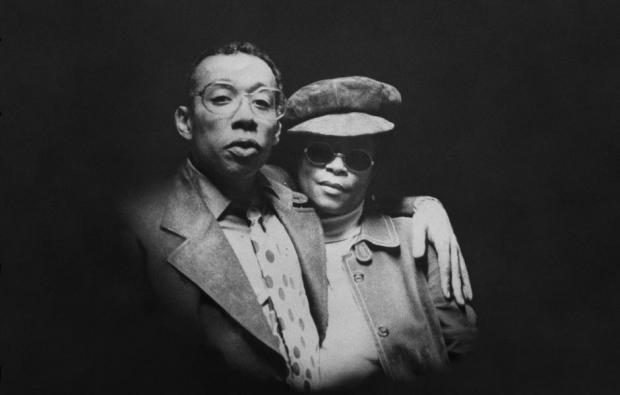 The newspaper account of trumpet player Lee Morgan’s death in February 1972 features two photos. One is of him, smiling for a photographer in a posed shot. The other is the mug shot of the woman who killed him, looking haggard and forlorn, identified as “Mrs. Lee Morgan.”

If you’re a jazz aficionado, you probably know at least the outline of the story: Morgan, a star player since the age of 16 when he was hired by Dizzy Gillespie, was rebuilding a career that had faltered due to a heroin addiction. The woman who nursed him back to health and guided his business was the one who killed him that snowy Manhattan night after finding him at a Village club with another woman. He probably would have survived his wounds, but the heavy snowfall delayed the ambulance for an hour, and Morgan bled to death.

Looking at those two photos, you can’t help but feel that there’s a lot more to be told. Who was that woman, unnamed other than as the wife of the victim? What brought her to that act? And what became of her?

Her name was Helen Moore, and the new documentary I Called Him Morgan asks those questions, with the help of her voice form a tape-recorded interview she gave shortly before her death in 1996. Swedish filmmaker Kasper Collin, who investigated the mysterious death of another jazz legend in My Name Is Albert Ayler, doesn’t provide answers to all of those questions—in fact, you will come away with more questions than you began with. But those questions are much better ones, providing a glimpse into corners of 20th-century American life that have been little explored.

I don’t want to dissuade those of you who were planning to see this as fans of Morgan. Collin tells his story as well on a concurrent time line, and if there isn’t as much music as a fan might like (when is there ever?), there are abbreviated performance clips and plenty of period photos courtesy of the Blue Note archives.

But it’s Helen’s story that truly fascinates. Twelve years older than Morgan (in photos of the two together, you can’t help but be reminded of John Lennon and Yoko Ono), she was raised in the Deep South and had two children by the time she was 14. Hating country life, she left them to be raised by her grandparents to seek out the big city, winding up in Manhattan in the mid-1940s. In the two decades before she met Morgan, she made a place for herself in Hell’s Kitchen as an oasis for lost souls and jazz musicians. Her relationship to Morgan, whom she never married, seems to have been as much maternal as romantic, if not more so.

Collin also interviews other people who remember that era, and conflicts in memories going back fifty years may be why he leaves out a lot of what Helen told her interviewer in 1996. Then again, perhaps he wanted to heighten our curiosity, about the life of a black woman who came so far on her own in an unwelcoming world, and about musicians who seldom received anything more than token benefit for work that mesmerizes us to this day. It will be at the Screening Room this week; if you attend Friday night’s show, get there early for a live performance by the Tim Clark Trio and an introduction by Jazz Buffalo’s Tony Zambito.

August 11 is the project release date for The Trip to Spain, the third in the series of films in which British comedians Steve Coogan and Rob Brydon tour a country, dining at top restaurants, exchanging celebrity impressions and bemoaning their love lives. I mention this because I know how many of you were fans of the first two films. If you can’t wait until then, you might be able to make do for the time being with Paris Can Wait, in which a couple take a leisurely car trip from the south of France to Paris, letting themselves be distracted along the way by enough food porn to make you wish you had something to eat other than popcorn. In place of the dueling comics, our travelers are Diane Lane as the wife of a too-busy-for-vacation film producer (Alec Baldwin) and French actor Arnaud Viard as his business associate who agrees to chauffer the missus. That he at least theoretically has lecherous designs on her because he is French describes the level of dramatic sophistication at hand: Whether they will or won’t is left to the very end, and I was as uncertain of the answer as I was indifferent. The director is Eleanor Coppola, wife of Francis Ford, making her dramatic debut after some documentary work. But the indicative name to be found in the credits is in the production section: Lifetime Films, a cinematic outgrowth of the cable TV channel. Enough said.