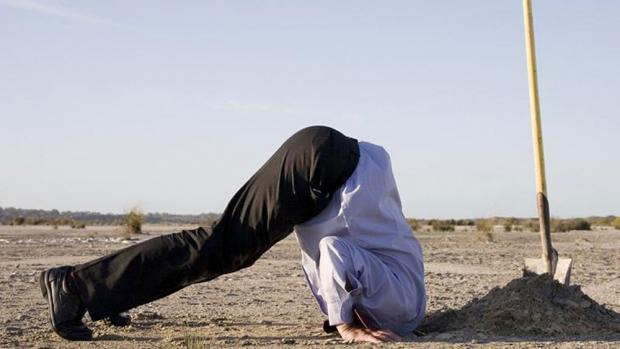 State and federal investigators seem very busy attempting to turn political operative Steve Pigeon into a statue. Indeed he is likely to be frozen in place throughout the election cycle underway, and while he is immobile, expect a lot of excrement to collect on and around him.

And expect us to continue documenting every drop.

Let’s recap some of the more intriguing facts that have surfaced in the week and a half since the FBI and the New York State Attorney General’s office raided the homes of Pigeon, former Buffalo deputy mayor Steve Casey, and Congressman Chris Collins’s chief of staff, Chris Grant:

1.  Over the years, Pigeon has used a number of addresses for the campaign committees he has operated and the web of LLCs that fund and do political work for them. Among the most popular is 101 Reo Drive in Cheektowaga. That’s the home of Sandi Schmid, Pigeon’s long-time personal assistant and bookkeeper. Pigeon used Schmid’s address to contribute $50,000 to Governor Andrew Cuomo’s campaign in 2013.

2.  Pigeon apparently lives in a 10th-floor condominium in Admiral’s Walk, on Buffalo’s waterfront; that’s the place the investigators searched. But he has also used the addresses of two seventh-floor condos in the same building. He owned 703 from 1997 until 2009, when he sold it; in 2007 he bought 704 and still owns it. The 10th-floor condo is 1003, but that seems to be owned by Tanning Bed founder Dan Humiston, who has dabbled as a candidate for political office: He ran an unsuccessful campaign for state Assembly in 2012 to which Pigeon donated.

3.  Humiston is currently seeking approval to convert the former Tyson chicken plant in Buffalo to a medical marijuana operation. So who lives in 704? And why is Pigeon living in a unit apparently owned by a guy who must be furiously lobbying the governor’s office for a lucrative concession?

4.  Let’s assume that Pigeon does indeed live at 1003, since that’s the address authorities searched for three hours on May 28. The board of managers at Admiral’s Walk has liens against the owner of 1003 totaling more than $10,000 for unpaid condominium fees. Add that to Pigeon’s more than $270,000 in IRS tax liens since 2008, and it suddenly becomes clear how Pigeon was able to donate $100,000 of his own money to the Western New York Progressive Caucus, the PAC whose 2013 activities are at the center of the investigation: He doesn’t pay his bills, freeing up cash for other pursuits.

5.  A few months ago, Pigeon apparently showed the Buffalo News’s Bob McCarthy a copy of a recent tax return to prove that he could afford to spare that $100,000. Why didn’t the News check Pigeon’s tax liabilities before printing that story?

6.  A rumor that has been circulating was confirmed this week: Investigators have shown special interest in a donation to Western New York Progressive Caucus comprising three money orders. The caucus listed it as one donation from the campaign committee of Cheektowaga Democratic Party chief Frank Max, but Max reported it differently, suggesting some connivery. The person whose name appears on the money orders is Matthew Connors, the son of prominent attorney Terry Connors. Sources close to the investigation confirm this, but other sources indicate that Matt Connors is a victim of fraud. We are told that law enforcement is satisfied that Matt Connors did not put his name on those money orders. So who did?

7.  On the day of the raids, many political insiders wondered why the home of Western New York Progressive Caucus’s treasurer and public face, Kristy Mazurek, had been spared. Another rumor confirmed: Mazurek is cooperating with the investigation. There was no need to raid her house because she was already giving investigators what they wanted from her.

8.  Let’s not forget about Grant and Casey: Grant’s connection to all this seems to be a consulting and printing company he ran called Herd Solutions; rumor has it that Casey was part-owner of the business. There has been some talk of investigators looking at “elevated billing” and even “phantom billing,” suggesting that there may have been some sort of fraudulent kickback scheme at work.

9.  That would seem to be it for Grant—that and the fact that he and Pigeon and Casey have worked on a number of political projects together, dating to succesful effort in 2009 to split the Democratic majority in the Erie County Legislature and create a rubberstamp for Collins, then Erie County executive.

10.  There is this curiosity, however: In the ethics disclosure form Grant filled out when he took the job as Collins’s Congressional chief of staff, he indicated he did political consulting work for Aaron J. Pierce when Pierce ran for president of the Seneca Nation of Indians. Pierce, who is a Seneca cigarette merchant, was the third biggest donor to Western New York Progressive Caucus, behind Pigeon and New York State Senator Tim Kennedy. Grant’s connection to Pierce may be coincidental—political consultants go where the money is—but it draws the strings tighter.

11.  And speaking of Kennedy, who steered $85,000 to Western New York Progressive Caucus, nearly a third of its total fundraising: What are we to make of his claim that he has not laywered up, though he spent more than $60,000 on attorney Terry Connors in the fourth quarter of 2014, when this investigation first heated up? That’s what Pigeon told Channel 2 News last week, after we reported that Connors was his attorney. Is it likely that he, alone among those associated with Western New York Progressive Caucus, has not been contacted by investigators?

One final thought: We still have heard nothing about this whole affair from Erie County District Attorney Frank A. Sedita III. How come the county’s chief law enforcement officer is taking no part in this investigation? Doesn’t even have anything to say? Where’s Frank?

Exhausted? It’s not even close to over yet. Keep up by reading Alan Bedenko’s columns.