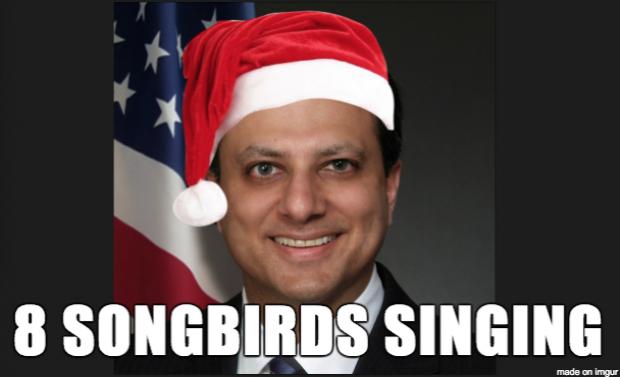 An article appeared in the Buffalo News on Saturday that confirmed rumors that had been swirling throughout town almost all last week.

On 8/19/13, the WNY Progressive Caucus—the “AwfulPAC” that is at the center of the current law enforcement investigation—reported receiving $4,000 from Frank Max’s Progressive Democrats of WNY. AwfulPAC reported that $4,000 as one lump sum, but for some reason Max’s group didn’t. AwfulPAC also says that it received money long before Max’s group says it contributed it, which is truly magical and prescient. Or just a bunch of BS.

Now, questions center on the three postal money orders purchased on Aug. 14, 2013 and made payable to the WNY Progressive Caucus, according to the sources.

A name appears on the postal orders as the purchaser. But nobody familiar with the case can say if the person named on the money orders actually purchased them.

Kristy L. Mazurek, treasurer of the WNY Progressive Caucus, endorsed the postal orders and deposited them, the sources said. Yet state Board of Elections campaign finance records indicate no corresponding contribution.

The Postal Service maintains no requirement to show identification when purchasing or sending postal money orders under $3,000, according to spokeswoman Karen L. Mazurkiewicz.

(UPDATED: see editor’s note at bottom.) The person whose name appears on the money orders is Matthew Connors, the son of prominent attorney Terry Connors. Sources close to the investigation confirm this information, though other sources indicate that Matt Connors is a victim of fraud: We are told that law enforcement is satisfied that Matt Connors did not put his name on these money orders.

Matt Connors works for developer Nick Sinatra a Republican fundraiser with ties to Pigeon. It also bears mentioning that, although it’s not publicized on Sinatra’s website, Erie County Legislator Peter Savage III also works for Sinatra and was until recently the treasurer of the Committee for Change PAC, which Steve Casey now controls and generously contributed to Conservative Party candidate Joe Lorigo. Savage used to work for Casey and Mayor Byron Brown and it goes without saying that he has a relationship with Pigeon.

So many entities, so little time

In August 2013, Kennedy for Senate spent $39,500 for “consulting” with Niagara Frontier Business Solutions, which is a front entity for Jack O’Donnell. He is its registered agent, and the corporate address is his house. This underscores the fact that Kennedy for Senate participated in the primary election that year, triggering the obligation to file pre-primary and post-primary reports under Election Law 14-102.

The AwfulPAC shows an inexplicable liability owed to Marketing Tech—the company whose representative identified Steve Casey as its contact for all of AwfulPAC’s literature—which dates to May 9, 2013. That’s odd, since Mazurek and Pigeon claimed that the entity didn’t exist until August. Had it existed in May 2013, it would have been required to file a July periodical report to the state Board of Elections, and a 32-day pre-primary report. It did neither.

Mazurek is reportedly singing like a canary, having been questioned by federal and state officials. She and her attorney are now pretending that Mazurek had nothing to do with anything having to do with AwfulPAC. Right. Why, then, in September 2013 would she say she “started” the AwfulPAC?!

She started the PAC. She said so, and it was in all-caps, so you know it’s true.

Contributions to such a (PAC) committee aren’t limited, but the PAC itself is bound by the same maximum contribution limits an individual. A PAC merely has to file a statement of its treasurer, depository, etc.; it doesn’t need to file the CF-03, where a political committee must swear under oath whether it is authorized to support certain candidates and then list them, and to state under oath the candidates whom it is supporting,but is not authorized by the candidate(s) to support.

For a standard political committee, whether it is authorized or unauthorized, the key is that the CF-03 makes them declare their hand, under oath, as to which candidate(s) they are authorized to support and which one(s) they are supporting without authorization—that is, as an “independent expenditure” committee (IE). Under election law 14-100 (9), such expenditures are exempted from the statutory definition of “contribution”—and thus not subject to the limits imposed by Article 14. Pigeon has always declared that his committees are PACs, as they clearly announced and called themselves initially, when they were discovered. And while they even filed their CF-02 late, they never filed (at least initially anyway) a CF-03—whereby they would have had to state who they were supporting and whether they were authorized or not authorized.  They simply hid behind the CF-02 PAC filing throughout August and to the date of the primary.

Mazurek then re-filed her CF-02 stating hers was a regular political committee (not a PAC) and claiming to be an IE.  Unbelievably, it was now dated onpPrimary day and received the next day by the state Board of Elections—after all the damage was done and no publicity could be had about the committee’s mission and who the candidates are that it was supporting.

Had its CF statements also been filed before the primary, the media, the public, and the opposition could have publicized those behind the committee. But it was all kept in the dark until the voters had been duped.

It gets worse. Though prodded by the state board of elections, Mazurek still never filed the CF-03 statement required for an unauthorized committee and naming the candidates that the committee was supporting until long after the board’s investigation was begun—sometime in early 2014. Most likely, Pigeon instructed Mazurek to just file as a PAC, and they figured they could skate past the primary. They succeeded in doing just that.

Now, however, if Mazurek rolls on Pigeon and tells this story, there is a possible conspiracy charge for filing a false instrument—possibly more—even before you get to coordination. Since Mazurek didn’t change the filing to an IE committee until the date of the primary election, all the time they were raising and spending money in August/September 2013 before the primary, they were filed as a political committee with no CF-03.  Can they file later and claim to be in compliance and legally—retroactively—an IE committee? Or maybe they are stuck being a PAC, thus having violated the campaign contribution limits on their face—with no recourse to claiming to be an IE, because they hadn’t yet filed for it properly. To allow them to retroactively gain status after the war is over would be a total perversion of the law.

We have to assume that prosecutors know about all of this, and the question is whether a jury would find the requisite intent with respect to the allegedly fraudulent filings, missing donors, hiding the names of the true donors, and, of course, the issue of coordination. That’s before we get to kickbacks and money-laundering.

EDITOR’S NOTE: At 3pm, June 8, the paragraph noted above was amended to reflect information from new sources, confirmed by original sources, suggesting that Matt Connors was not the source of the donations or the money orders in question.