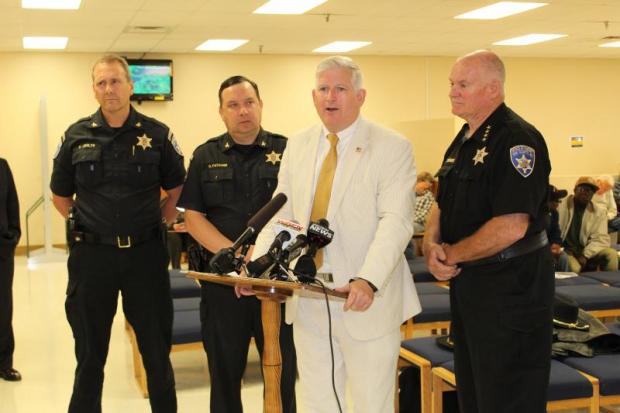 When power gets desperate, it leans on other institutions to bulldoze reason and stoke fear. While New York State is on the verge of passing a common sense bill in the interest of public safety and fiscal conservatism, Erie County Clerk Mickey Kearns has launched an offensive against it, and he has the Buffalo News in his corner.

The issue at hand is allowing undocumented immigrants to again be able to obtain driver licenses without a social security number. It is estimated that the legislation would pertain to 200,000 people who currently reside in New York State and are on our roads every day, risking both arrest at any routine traffic stop or complications that may arise from accidents. Drivers without licenses, of course, are drivers without insurance. Whether citizens are forced to carry the cost of “uninsured motorist” coverage or forced to pay completely out of pocket for repairs or replacement, the cost of not having this legislation in place is costing us all.

But the risk to public safety with 200,000 unlicensed, uninsured motorists on the roads of New York every day is not weighed by the Buffalo News’ latest story on the issue, and neither is the potential revenue to counties who process such licenses at $64.25 per shot, a close to $13 million windfall statewide. We don’t know if Tom Precious just missed the constant press releases stuffed with facts and opinions from the Greenlight NY advocates in his inbox, somehow was ignorant of former Erie County Clerk and current Lieutenant Governor Kathy Hochul’s op-ed about the issue, lost the phone numbers of anyone who could give him a differing opinion beyond one union leader who spoke tangentially about health care for his story, or if his editors simply cut that material on the floor.

Somehow, the News’ Albany bureau chief managed to write about an important piece of pending legislation without including a comment from any of Western New York’s many Democratic state legislators who are voting for the bill, or from Hochul herself, the only statewide office-holder from Upstate. This, quite simply, is journalistic malpractice.

But Precious was able to get the new state chairman of the Republican party Nick Langworthy on the phone to argue that undocumented immigrants “broke the law to come into this country” and to give them a driver license would be “disrespectful of the rule of law.” We’ll get back to the rule of law later, but their argument doesn’t extend beyond that. It’s pure xenophobia that tells on itself by the frequency of the usage of “illegal alien.”

Here’s the other side of the coin Precious and his editors decided to not to flip. From Hochul’s op-ed: “Since 2007, more than a dozen other states have extended driver’s licenses to the undocumented—and it has been a great success story. The fact is that in those states, roads are safer, hit-and-runs are down, the number of uninsured drivers dropped dramatically, insurance premiums got cheaper, and immigrant communities contributed greatly to the economy.”

John Curr of the New York Civil Liberties Union claims that “equal access to driver’s licenses will make our roads safer, allow immigrants to lead fuller lives, and raise state revenue. It also means one less reason a simple traffic stop could lead to arrest and to families being torn apart due to President Trump’s deportation agenda. A dozen states have already successfully made driver’s licenses available regardless of immigration status, and New York should be next.”

Rahwa Ghirmatzion of PUSH Buffalo opines that “every person desires to live a dignified life and provide the basic needs for themselves and their families. Having access to a license means ability to take care of your family, ability to access healthcare when sick, access to transportation.”

The opponents to this legislation don’t mention facts or studies related to the policy at the heart of this issue. In fact, in a hare-brained moment of realization of the above, Kearns directed the Erie County Comptroller Stefan Mychajliw, who never passes at winning a headline absent substance, to conduct a study into the financial ramifications of undocumented folks having driver licenses. While we can’t wait to the see that study, we’re not going to hold our breath. This legislation is going down now, possibly this week or next. By the time the matter is decided in Albany, it will hardly matter how Mychajliw’s xenophobic jingoism inflects whatever offal his office produces, if it ever comes.

We’ll just have to assume that Kearns’ and Mychajliw’s people emigrated to America the “right way,” so they have totally earned the right to oppress the neighbors they’re either too scared to understand, or too weak to resist using as cheap political ploys in the service of their party which increasingly embraces xenophobia and isolationism. Either way, it’s a low bar.

And who are they, these aliens? They are the people that are growing our crops, milking our cows, cooking our food in New York State. Some have been here for generations. Their children, when born here, become American citizens. Most of them would love nothing more than to become Americans themselves, pay their taxes, and send their kids to school and drive to get groceries without fear of deportation for failing to use a turn signal.

Kearns and Mychajliw might imagine themselves above such a station, and stand behind “laws,” but if their ancestors’ passage to America had not been blocked by an ocean, would they have given a shit about the laws? How can Kearns, Mychajliw, and Langworthy trumpet the “rule of law” canard when their political party saw their guy Chris Collins get indicted for insider trading, and decided to do jackshit about it and support him anyway; Mychajliw’s support being an obvious calculation to charm Langworthy into green-lighting his own safe passage into Congress.

So what’s the alternate reality for Kearns and the Buffalo News should the bill not pass? More law enforcement intervention that can skirt or violate the Fourth Amendment outright? If the bill is passed, Kearns and other clerks including Niagara County’s Joseph Jastrzemski have pledged to not follow the rule of law and to refuse issuing driver licenses absent social security identification. This will result in the proceeds of the registration fee—the closest state-run bureau of motor vehicles being in Syracuse—will shift out of local receipts. Meanwhile, Kearns is also already budgeting public dollars for his legal defense for his own plan to not follow the law, according to the Precious story.

Maybe Mychajliw can crunch some numbers and let us know how much renegade county clerks stand to cost taxpayers in lost revenue, legal defense, and law enforcement costs if they refuse to follow the law? Maybe one of the television stations can do some reporting and show the daily newspaper how it’s done.

Just a few weeks ago, the News teamed up with another elected in District Attorney John Flynn and his objection to marijuana reform, another piece of legislation that could turn to law this month. Flynn came out against the proposed legislation on the grounds it would make it harder for police to have probable cause to conduct searches, and that as a result, fewer weapons would be seized. Within days, the News editorial board gave Flynn a high five.

Set your watch now, and wait for the editorial coming this week doing the same for Kearns. If you want to read retrograde positions penned from a dark room in the Buffalo Club that has had the same wallpaper for 50 years, by all means, keep a close eye on the News editorials. It’s been a rich source of outrage for years—as have Bob “Dictaphone” McCarthy’s political columns.

Power and wealth has been entrenched in Western New York for decades. While Erie County Executive Mark Poloncarz and President Trump love to point out unemployment figures, the truth is that wages have been stagnant and market is flooded with low skill, service-level jobs that hardly offer a living wage. When elected officials team up to beat on the rights of their neighbors, whether it’s Democrat John Flynn and minorities or Republican* Mickey Kearns and undocumented workers, we have to recognize it for what it represents. In this case, to anyone who has read critically on race, this is literally how white supremacy operates in real-time. It is literally the local media’s job to call this out, not aid and abet it.

We can ill-afford a media landscape that nakedly kowtows to power and neglects the oppressed.