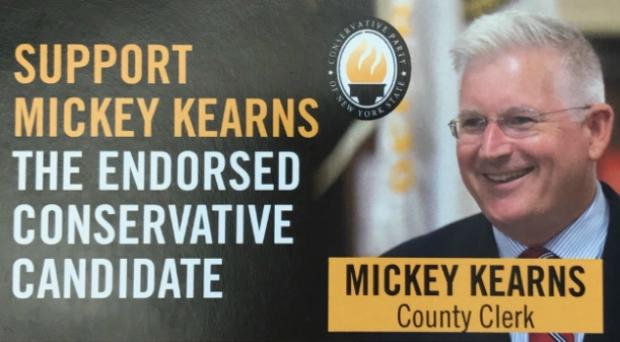 Kearns is Erie County’s clerk; not an Erie County legislator. His job is purely ministerial; he is not given power to set policy, nor is he granted any sort of discretion in performing his duties. His job is to issue licenses, record and file paperwork, and that’s about it. More to the point, there is literally nothing within the clerk’s power that gives him authority over immigration law enforcement.

What does Kearns care about immigration—documented or not? We live in a region that has been shrinking for decades. Who, exactly, is threatened here by any sort of immigration? Someone who overstayed their visa is enemy number one? This is utter nonsense.

What this really amounts to is treating migrants as outlaws to pwn the libs.

The oath of office for the county clerk is: “I do solemnly swear…that I will support the constitution of the United States, and the constitution of the State of New York, & that I will faithfully discharge the duties of the office of Erie County Clerk according to the best of my ability.” Where does it say that Mickey Kearns gets to decide which laws to carry out? Where does it deputize Mickey Kearns as an immigration officer? Where does it say, “except for the Messicans”?

It’s a license to drive—if the person fills out the forms and passes the tests, honestly, who is being harmed by this? What he’s promising to do is to not “faithfully discharge” his duties as clerk and issue licenses to people because of their visas.

He is threatening to break the law to stick it to lawbreakers; the logic of cretins.

Maybe stop treating immigrants as “animals” and criminals. Their visa status is literally none of your business. It may play well with your new Republican and Conservative fusion masters, and it may fend off a registered Republican’s primary against you, but you’re just a hateful disgrace who doesn’t understand his oath or his authority.