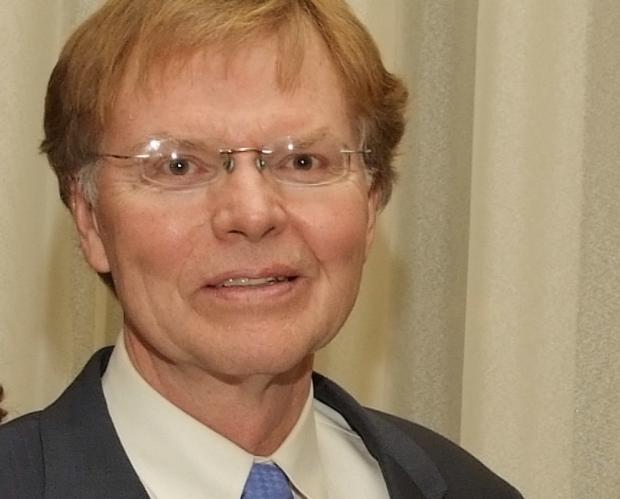 When you poll downtown attorneys about the state and federal investigation into New York State Supreme Court Judge John Michalek—and possibly into several of his fellow justices, all tied into the ongoing investigation into the informal political cabal of Steve Pigeon, Steve Casey, et alia—one gets several species of answer. Some lawyers have told us they’re surprised that he’d be implicated in any wrongdoing. Other roll their eyes and tell us stories of what they consider horrible judgments he’s rendered. One source, not a lawyer, said simply, “Of course he can be bought. Everyone knows he can be bought.”

None of these sources want their name attached to their assessments, because lawyers and other habitués of the legal system are careful that way: They must do business before the courts, and the courts don’t forget. Even if Michalek—as far as we can tell, accused of accepting some sort of a bribe, with Pigeon as an intermediary—resigns or is removed from the bench, other judges will cast a wary eye on the lawyer who compromised one of their own.

The one guy in town who has never seemed to give a damn about such niceties is Art Giacalone. Over four decades, Giacalone has run his own practice, specializing in environmental and zoning law. He is a hero to local environmentalists and good government advocates, one of the last sincere champions of state and local environmental assessment statutes; he has likewise been a thorn in the side of local developers and the elected officials who service them, mislabeled for his efforts as an obstructionist, subjected to threats of personal and professional injury.

Giacalone will always go on the record. And he’s no fan of Judge Michalek.

Over the course of three years, from 2011 to 2014, Giacalone represented a group of homeowners who objected to a development plan for several parcels at the corner of Forest and Elmwood. Michalek’s behavior toward Giacalone personally and his clients in general during that case was beastly. He upbraided Giacalone and his clients in open court. At the urging of the plaintiff developer’s attorney, Dennis Vacco, he ordered Giacalone to cease communications regarding the case and the developer, Chason Affinity, with other parties outside the courtroom—specifically Kaleida Health, which was considering a bid from Chason Affinity for redevelopment of its Gates Circle hospital—in clear violation of Giacalone’s First Amendment rights. In the course of the hearings, Michalek made various rulings that Giacalone felt were motivated by animosity toward Giacalone or preference for Vacco.

When Giacalone offered Michalek’s prejudicial behavior as reason that the judge should recuse himself from the case, Michalek refused to do so.

(At the bottom of this page, read a court transcript of a Michalek tirade directed at Giacalone. Read about Giacalone’s efforts to make Michalek recuse himself. And read the Appellate Division’s ruling upholding Giacalone’s complaints.)

In the end, Giacalone’s objections to Michalek’s gag order was upheld by the state Appellate Division. The order of protection that Michalek placed on Giacalone regarding outside communication about the case was lifted. Michalek was not made to recuse himself. The project apparently died under the weight of unreasonable ambition and neighborhood objections, though its status is unknown.

Last Saturday, May 7, the Buffalo News ran an article by reporter Dan Herbeck about the investigation into Michalek, headlined “Judge Michalek, facing ‘very serious’ investigation, has unblemished record.” In that article Herbeck broke the news that this week a grand jury would begin to hear evidence that Pigeon and Michalek were involved in a bribery scheme. (The story goes that Michalek solicited a favor from Pigeon while a close associate to Pigeon was involved in a multimillion-dollar lawsuit in front of the judge.) Herbeck also offers testimony to Michalek’s heretofore “unblemished record.”

In the piece, Herbeck writes:

John A. Michalek has been a State Supreme Court judge since 1995. And over the past two decades, he has handled hundreds of complex cases, earning the respect of many in the legal community.

In 2005, he received the Outstanding Jurist Award from the Erie County Bar Association’s Matrimonial and Family Law Committee.

No questions have been raised about his integrity.

Herbeck’s article goes on to quote three local attorneys—Steven M. Cohen, John J. Molloy, and Daniel J. Henry—all of whom express surprise that Michalek should be the subject of a criminal inquiry.

Prior to writing the piece, Herbeck spoke with Giacalone about his negative experience with Michalek. According to Herbeck’s subsequent email correspondence with Giacalone, Herbeck included that negative experience in the article he submitted to his editors at the Buffalo News. But that balancing narrative apparently was removed by Herbeck’s editors.

In that correspondence, Giacalone noted for Herbeck that Michalek’s “willingness to do virtually anything Dennis Vacco asked him to do in this case—no matter what the law said—was inexplicable.  Something—beyond the search for justice—was motivating his handling of the case.”

Coincidentally, Vacco is now one of the attorneys representing Steve Pigeon in the investigation that has led to the grand jury inquiry into Michalek’s behavior.

You can read Giacalone’s own account of his run-ins with Michalek on his blog, With All Due Respect.

Some relevant documents for the enthusiast: