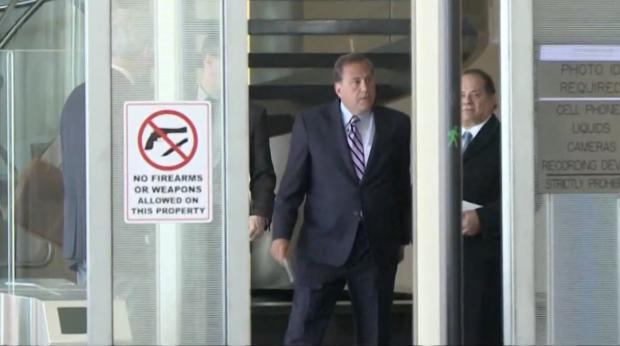 Former Erie County Democratic Committee Chairman G. Steven Pigeon was arraigned in federal court yesterday on a criminal complaint alleging that he conspired to generate a $25,000 donation to the campaign of Governor Andrew Cuomo from a Canadian gambling conglomerate. The Cuomo campaign had rejected two previous attempts that foreign company made to contribute, but on the third try, it funneled the contribution through a US citizen, its Florida-based lawyer.

The criminal complaint did not name the Canadian company or its CEO, nor even the campaign involved. It appears that David Baazov of Amaya Inc., filtered a $25,000 donation to Cuomo’s campaign through his company’s Florida-based attorney, Marlon Goldstein.

Amaya has since retained the services of Bolton-St. John’s to undertake its Albany lobbying. (Jan — June 2014, Jul — Dec 2014), and in that latter half of 2014 also retained “Niagara Frontier Business Solutions, Inc.” located in a home in Buffalo and using the phone number of Bolton-St. John’s partner, Jack O’Donnell. Amaya paid O’Donnell $55,000 for the latter half of 2014 and $120,000 in 2015. Amaya, whose lobbying affairs after 2015 were being handled by executives located on the British tax haven the Isle of Man, paid O’Donnell another $20,000 in the first half of 2016, but in the latter half of last year reported only using Cozen O’Connor from New York City.

The Buffalo News reports that Amaya paid Steve Pigeon’s and Gary Parenti’s “PaPi Consulting, LLC” $388,000 from 2010 — 2015 for Albany lobbying. In 2016, Quebec securities regulators charged Amaya’s Baazov with five counts of securities manipulation and insider trading. Former NATO Commander and Presidential candidate Wesley Clark is on Amaya’s Board of Directors. Clark is an associate of Pigeon’s.

The Buffalo News explains that,

The federal complaint, based on emails seized from Pigeon’s waterfront condo during a 2015 raid, alleges he conspired to hide the true source of the foreign contribution while arranging it for a Manhattan event featuring the governor. He could face five years in jail if convicted.

“Pigeon sought and successfully helped … a $388,000 client,” acting U.S. Attorney J.P. Kennedy said during an afternoon press conference, “allowing them to interfere in a U.S. election by making a significant contribution.

Pigeon spoke with the News’ Bob McCarthy after the arraignment, and attacked — oddly — New York Attorney General Eric Schneiderman, who has no federal power or jurisdiction.

These latest ridiculous charges – three in a row now – show what a political witch hunt this is…I was simply a co-host of a Cuomo party and invited a Canadian citizen to an event like what he attends all over the United States. I simply invited a person and I’m the only one charged…This is all the result of a politically motivated prosecutor and an obsessed federal agent on this case,” he said, calling the attorney general “the most political prosecutor in the history of this state….I have no idea why these people are piling on,” he said, adding that millions of dollars have been spent to put him under a “microscope.”

A lot of political actors in western New York have a word for that - karma.

Schneiderman didn’t file this complaint. He doesn’t prosecute in federal court. The acting US Attorney’s office brought this prosecution under federal law. It has evidence that Pigeon knowingly conspired to mask an illegal foreign donation to Governor Cuomo through a U.S. person. The News details that the emails reveal a deliberate scheme to evade restrictions on foreign contributions. Pigeon’s attorney, Paul Cambria, took an opportunity to throw the Governor under the nearest bus,

The Cuomo people were aware of it,” he said, adding that his client is convinced of the political motivations, “at least from the state standpoint.”

Foreign nationals, other than lawful permanent residents, are completely banned from donating to candidates or parties, or making independent expenditures in federal, state or local elections.

It is analogous to Nick Sinatra buying a handful of money orders to help fund Pigeon’s “WNY Progressive Caucus” (“AwfulPAC”) in 2013, and putting his employee’s name on the documents to hide his involvement.

One question: all of this money flowing through Pigeon’s bank accounts from other sources to be used for political purposes — that’s income. Was it declared as such?

It seems as if the sunlight on Pigeon’s emails and bank transactions is revealing a lot of ugly stuff, and prosecutors are only just beginning to unravel it all, apparently evealing a broad criminal enterprise designed improperly to influence elections by funneling massive sums of money to committees and campaigns.