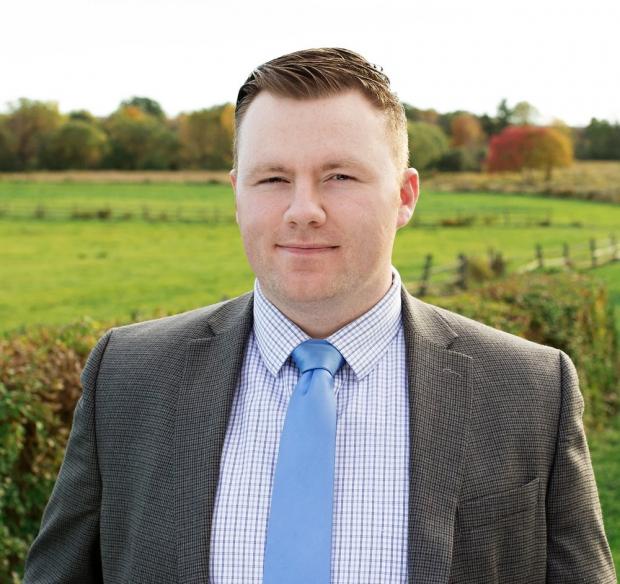 Two weeks ago, Erie County Legislator Pat Burke, a South Buffalo Democrat, lost a special election to fill the state Assembly seat vacated by Mickey Kearns when he was sworn in as Erie County Clerk. The victor was Erik Bohen, a public school teacher whose family has deep union and political ties in South Buffalo. Because Burke was endorsed by the Erie County Democratic Party, Bohen, a registered Democrat, took a cue from Kearns and ran on the Republican, Conservative, and Independence Party lines, promising Democrats in the district that he’d caucus with Assembly Democrats if he won.

He did win. But Assembly Democrats won’t caucus with him, because he was elected with the help of Erie County GOP chair Nick Langworthy, conservative demagogue Carl Paladino, and a state GOP funded campaign that demonized Governor Andrew Cuomo. Assembly Republicans haven’t exactly adopted Bohen, either. Burke, for his part, is gearing up to challenge for the seat again this fall, when turnout will be more robust and Bohen will have to answer voters in the overwhelmingly Democratic 142nd District for the company he kept this spring.

We caught up with Burke this weekend to ask him to reflect on his loss in the special election and to look forward to this fall’s cycle.

You had a number of at least apparent advantages in the special election: You’re a sitting elected official with some name recognition; you had the Democratic endorsement in a fairly Democratic district; you had money and manpower working for you courtesy one of the state’s most powerful unions, NYSUT, not to mention your own team. What happened? How did Bohen win? Who and what’s to blame?

Bohen is from one of South Buffalo’s favored political families and I am not. I knew he would take at least three of the four highest turnout election districts in South Buffalo. That wouldn’t have been nearly enough to win, but if he could motivate Republicans to turn out in Orchard Park and West Seneca, he was going to have success.

He falsely claimed that Paladino was a personal friend and that they had no political relationship and we didn’t point out the obvious falsehood. He used Sheila Meegan’s help to secure political support in West Seneca even though she was extremely unpopular, and we said nothing.

He was telling Democrats that he was really one of them while his mail was paid for by the Republican Assembly Campaign Committee. He was also in cahoots with Trump surrogates like Nick Langworthy, and again we didn’t call him out on it.

In a tight special election, those things add up. If you’ve ever watched a football game where a team is up in the fourth quarter and instead of doing what made them successful, they fall into a soft zone coverage only to lose on the last play of the game? That’s what happened.

Who’s to blame? Me. It’s my campaign and I went against my instincts.

What would you have done differently, if you could turn back the clock?

I would have kept to my original plan, used the 2012 Special Election as the base predictor for who would turnout, and I would have forced my opponent to pick a side. We allowed him to be everything to everyone. To Democrats, we let the narrative be cast that it was basically a primary. To Republicans, that Bohen was their guy. Letting a politician talk out of both sides of his mouth without consequence was an egregious error on our part.

How are the upcoming primary and general election different from the special? How will you approach them differently?

Everything is different. In the special election, he squeaked by with Republicans, Conservatives, and a clique of South Buffalo Democrats with personal connections to him and his family. He will have the advantage of incumbency, and he will try to use the narrative that the politicians in Albany don’t like him. That’s a popular theme to go with but it isn’t an accurate one. I’ll clean up the mistakes that were made and hopefully prevent some of the unforced errors that occurred in the last campaign.

Bohen has not been welcomed into the Assembly by the Democrats he pledged to caucus with, and Republicans aren’t embracing him either. What’s your take on that? He seems to be presenting himself as a victim of politics.

He worked with Carl Paladino, Republican Chair Nick Langworthy, Conservative Chair Ralph Lorigo, and the Republican Assembly Campaign Committee to get elected. He used anti-democratic, dog-whistle messaging to get elected. Democrats don’t trust him and they shouldn’t.

Republicans aren’t taking him into their caucus because they know there is an election coming up and caucusing with the Republicans would make his message of being a “bleed blue Democrat” who was undercut by state and local Democratic officials null and void.

Just take a look at far-right-wing assemblyman Dave DiPietro’s Twitter page with an image of Trump clapping: “Congrats to Erik Bohen. Wow! What a victory! Looking forward to working with you. And big high five to you Mr. Chairman!” Or former legislator, Tea Party Republican, and Ben Carson acolyte Ted Morton, who was through the roof with joy on Bohen’s victory. This is a Republican hustle, and it’s obvious to anyone who is paying attention.