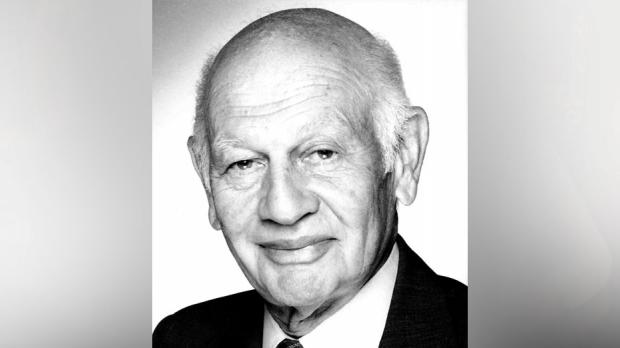 Given local media’s affinity for extracting Western New York connections from big stories unfolding elsewhere, it is surprising that none seems to have reported the contents of a footnote on page 17 of the federal complaint against New York State Senate Majority Leader Dean Skelos and his son, Adam.

Both Skeloses surrendered to arrest on Monday, charged with using the father’s substantial political influence to derive payoff for the son from companies with business before the state.

One of those businesses is Glenwood Management, a Long Island-based real estate holding company founded by magnate Leonard Litwin. On page 17, the complaint offers, as an example of Skelos’s influence, his arrangement of donations worth $100,000 from Glenwood to the Erie County Republican Committee in just one day.

At the same time that CW-1 [a Glenwood executive collaborating with federal investigators] was negotiating on behalf of ADAM SKELOS for greater compensation, DEAN SKELOS was soliciting substantial campaign contributions from Developer-1 [Glenwood] to DEAN SKELOS and officials and political entities selected by DEAN SKELOS. For example, on the same day CW-1 sent the email above, CW-1 and the Developer-1 Lobbyist exchanged emails about a call from DEAN SKELOS to send overnight checks to the Erie County Republican Committee, over which the Developer-1 Lobbyist believed that DEAN SKELOS had significant control. Public records show that Developer-1 sent five checks, totaling $100,000, dated September 2, 2012, using five different LLCs contributing $20,000 each.

Glenwood and its affiliate companies are huge donors in New York State politics: Newsday pegs its donations at $14.3 million since 1999. The five LLCs Glenwood used to fill Skelos’s order on behalf of the Erie County GOP have contributed nearly $3 million since 2006.

The $100,000 would seem to have benefited Grisanti: Three days after receiving the Glenwood donations, the county GOP transferred $78,000 to Grisanti’s campaign. Grisanti, a Republican, was days away from a tough primary against Kenmore attorney Kevin Stocker, who campaigned on Grisanti’s vote in favor of legalizing same-sex marriage, among other capitulations to Governor Andrew Cuomo’s agenda.

In last year’s election cycle, Glenwood contributed nearly $3.6 million to New York State candidates, according to a Capital New York report, and at least another $700,000 in independent expenditures through a nonprofit that worked to retain Republican control of the New York State Senate. The company is also tied up in the charges against Sheldon Silver, the former Assembly Speaker who resigned that post February 2 after his arrest on federal corruption charges.

It’s certainly nothing new that a wealthy real estate magnate like Litwin should use a web of LLCs and, more recently, inscrutable nonprofits to funnel money to politicians who, in turn, help to make his enterprises richer. It illustrates, however, how systemic and powerful corruption is in New York State. US Attorney Preet Bharara and the FBI may target a Silver or a Skelos, perhaps even draw a bead on a sitting governor; others will take their seats.

Is anyone who follows politics surprised that Governor Andrew Cuomo found a way to reward Mark Grisanti, who last his State Senate seat lost year to Marc Panepinto, for his devotion to Cuomo’s policy initiatives during his two terms in Albany? Cuomo last week nominated Grisanti for a plum post on the state Court of Claims. The job pays $174,000.

Equally unsurprising: Erie County Executive Mark Poloncarz declared on Facebook this week that he would not be the Conservative Party’s candidate in his re-election bid this fall:

Poloncarz, a Democrat, will face Republican Assemblyman Ray Walter in the fall. Neither candidate faces a primary opponent as of now.

Remember a few years back when there was a spirited argument about licensing chicken coops in the City of Buffalo? Opponents contended that chickens were nuisance and unhygienic; proponents maintained that urban production of healthful foods, small and large, could be an important part of the revitalization of a poor city scarred by vacant lots. The Common Council was tied up in the details for weeks. A statute was finally created, outlining requirements for notification of neighbors and setbacks, and forbidding roosters.

The outcome, according to the city’s latest reckoning: Just 14 permits have been issued. Which is not to say there aren’t more chickens out there…

Dean Skelos has had no more fearsome and consistent critic than Carl Paladino, the 2010 GOP gubernatorial candidate whose campaign was derailed by the release of a cache of emails containing racist jokes and pornographic images that Paladino disseminated to a long list of recipients. Paladino’s campaign manager, Mike Caputo, has said that Paladino’s candidacy never recovered.

This week, a local tea party activist published a blog post accusing Alan Bedenko, a columnist for The Public and the guy who released the emails five years ago, of fabricating them. This is a fascinating accusation: Paladino has never disputed ownership of the emails; he merely argued their irrelevance, eventually apologized for causing offense, and tried unsuccessfully to move on. Bedenko suggests that the author of the post—Jul Thompson, wife of Rus Thompson, who served as Paladino’s driver in 2010—is seeking to discredit Bedenko because he is at odds with a friend of Thompson in a rancorous debate over school district policy in Clarence. But who can see into the heart of tea partier from Grand Island? Read Bedenko’s response at here.