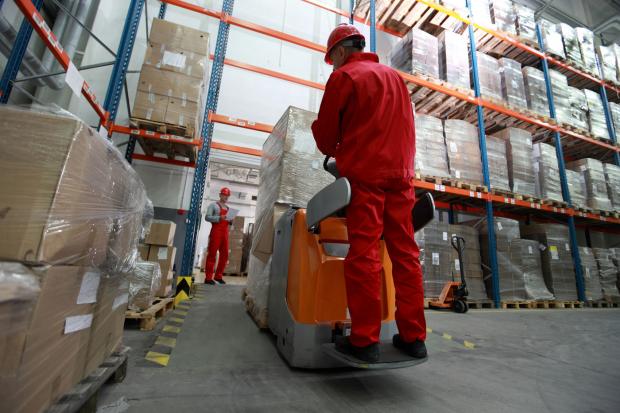 April 28 was Workers Memorial Day, a day to honor orkers who have perished or been maimed in the course of earning a living. As Mother Jones, the great figure of worker dignity, said: “Mourn for the dead and fight like hell for the living!” Thus, while we remember and mourn fallen workers on this day, we must also heed the second half of her charge. We need to fight for the living; for workers and their right to a safe and healthy workplace. No worker should be cavalierly asked to risk their life while working. No job should needlessly put workers’ lives in danger. Yet workers are asked to risk their lives, and jobs do needlessly put workers’ lives in danger. This is particularly true for many temporary workers today, especially in the day labor segment of the temp industry.

Temp work has increased sharply since the Great Recession. According to the Bureau of Labor Statistics, more than 2.9 million people now work as temps every day. Jobs that were once decent-paying, permanent positions are being filled with temporary labor, paying about $3.40 an hour less for the same work according to a National Employment Law Project report. Even more concerning, perhaps, is that in these temp jobs the employment relationship is muddied so that it’s unclear who is responsible for what. In truth, temps must defer to two masters: the temp agency that writes their paychecks and the worksite employer that decides whether to keep them on for another day. On the surface, this set-up does not seem problematic, but in practice it can quickly become unclear as to which employer is liable for providing the worker with a safe workplace, adequate equipment and training, minimum wages and mandated breaks. (Indeed, in legal battles each employer has pointed to the other as the responsible party.) As a consequence of this ambiguity, temps are more often injured on the job (twice as much as workers who have been on the job for longer than one month) and they miss work because of injury significantly more often (40 days compared to 27 for regular workers).

Yet for most temps, the constant and overt threat of termination keeps them silent about the dangerous working conditions they may face. Those who dare report their injuries or request a safety inspection risk not only termination, but also blacklisting from future jobs. This not only ensures that “offending” workers are prevented from providing for their families, it also ensures that most temps simply acquiesce to dangerous and illegal working conditions. Both the temp agency and worksite employer hold this form of economic violence in their palm—the ability to extort complacency from workers using their children and spouses’ well-being—even as the workers themselves are ostensibly protected under state and federal law.

The Worker Center is hosting a film screening of Permanently Temporary: The Truth About Temp Labor, exposing the underside of Buffalo’s temp industry. Following the screening, there will be a panel discussion with Erin Hatton, Asst. Professor of Sociology at SUNY Buffalo and author of The Temp Economy, Jeff Conrad, Executive Director of Center for Employment Opportunities, and workers sharing their temp experiences.

Marshall Bertram is Outreach Coordinator for WNY Council on Occupational Safety and Health.