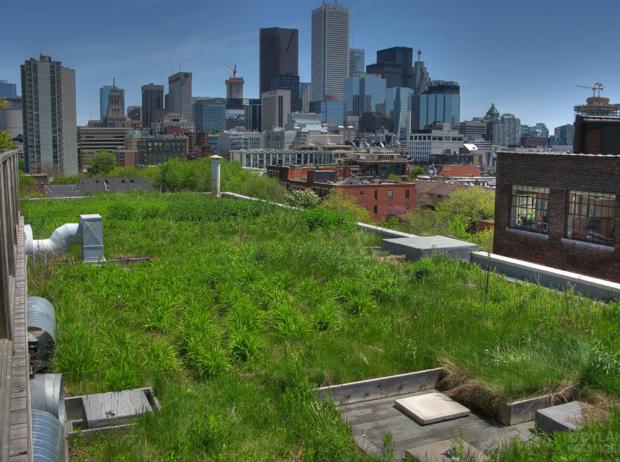 Nearly 100,000 Democrats voted in the recent presidential primary in Erie County, compared to just over 57,000 Republicans. Democrats split almost evenly while Trump got nearly two-thirds of Republicans. Parsing the vote by place and by economic data yields evidence that there’s a strong electoral base for an idea-driven, policy-centered politics here—and that politics should get busy right quick.

First, politics, because from politics comes policy. If we’re trending progressive, then the next crop of elected officials hereabouts should get busy on the quick step on the transformations that political action might make possible: clean energy, clean water, and better incomes.

The variables in our daily spreadsheet are mainly money-related—how much we have, how much we hope to have, how much we owe, what we’re stuck with doing without. “It’s money that matters,” sang Randy Newman in “Land of Dreams.” And the money picture as a determinant of how we act politically seems to be shaping the challenge to Hillary Clinton as it is to mainstream Republicans. In the recent New York primary election, household incomes mattered: Clinton lost in Allegany, Cattaraugus, Chautauqua, Genesee, Niagara, Orleans, and Wyoming counties. Households in these rural counties have lower incomes than in than Erie County. In each of them, about three-quarters of the households report incomes below the state median household income of $58,000.

Clinton won in Erie County based on two demographics: upper-income households in the towns of Amherst, Clarence, and Orchard Park, and within the boundaries of the cities of Buffalo and Niagara Falls, where most of the minority voters live. In the poorer white suburban towns, and in all the low-income counties, Sanders won.

Calculating crudely by election district, it’s not difficult to get very clear very quickly about the profile of a powerful electoral message that could cross party lines: Run against the big-money insiders, run green, and run populist economics. (Doing something interesting with one’s hair, either whitening it or bigging it up, may help.)

The climate reality sinks in

Nobody is going to bridge the gap between Safe Act proponents and opponents. There is no way to finesse that. But all hunters, anglers, birders, hikers, boaters, gardeners, farmers, and skiers think and talk about, and can be engaged on, the weirdness of the weather changes underway. It’s time to make climate change a local issue.

That means getting forceful about the great transition from fossil fuels to renewable energy.

It’s a business opportunity we’re missing here. In the past three years, an out-of-town alternative energy developer has repeatedly tried to interest local and state officials in building a utility-scale solar array on 500 acres of the former Bethlehem Steel site. Either because somebody else is wired to do a big array (there’s no evidence of that), or because the political wind is in the sails of one-off rooftop arrays, there is indeed an opening. Nobody’s talking about it.

But there is indeed a local policy angle for potential candidates for school board, town council, County legislature, Mayor, or state office: a version of the mandate that is now law in Toronto, France, and San Francisco—that every rooftop of every public structure shall be greened with either a solar array or at least a rooftop garden.

Really, folks: Can you imagine voting against a candidate who favors reducing the amount of your tax money that your schools, auto bureaus, courts, and government office buildings will spend over the buildings’ lifetimes?

It’s time for a field trip to Ljubljana, the city in Slovenia that’s midway between Vienna and Venice, that recently was designated the greenest city in Europe. Its carbon footprint has shrunk for all the reasons Millennials, empty-nest Boomers, city planners, and economists love: Energy conservation, walkability, renewables, and population density make the place more prosperous, and make it leak less money to the petro-states. In a poor country only 20 years independent, it’s an object lesson of making a virtue of necessity.

Talk about timing: Urbanism is triumphing among both Millennials and Boomers, the two largest voting blocs here, just at the historical moment when Wall Street bankers are steering investors toward renewable energy plays. Clean-energy technology is inching toward greater efficiency. We are already on Tesla’s map. Were the NFTA to engage economists and planners to figure out how to do a locally-sourced electric bus or tram system, there could quickly by a Ljubljana by the Lake.

Now for the money

We still have that household income problem. In a previous report, we shared our research on Buffalo’s failure to include more than 50 percent of the region’s 36,000 black males in the 550,000-member combined Erie and Niagara county workforce. The spatial isolation of workplaces in the far-flung suburbs is a huge part of that story, which has been unfolding for 75 years. Pessimists who point to mechanization, robots, and trade policy doubt that any low-skill, isolated demographic will ever have a shot at work in the emerging industrial “reshoring” economy, but let’s be positive: As Catherine Tumber pointed out in her 2012 book Small, Gritty, and Green, some Rust Belt cities that have some refreshable industrial infrastructure could be targets for whatever new manufacturing employment will eventuate.

Just now, the political economy of Buffalo is dominated by real-estate developers. News of a single new building in either downtown or near the Main-High medical campus makes the front page, as if an increase in the inventory of brand-new housing is an inherently positive outcome in a municipality that is still shedding population. But that’s the dynamic we have. A politics that questions every single tax-incentivized new-build is desperately needed in a town where one of the most wired developers recently told us, in all bluntness, that he and his peers will “never allow a single IDA [industrial development agency] around here.”

Take that as a challenge, candidates.

And also take as a challenge the fact that although Buffalo-area drinking water does not face the Flint challenge of lead contamination, the Buffalo River and Scajaquada Creek and the Black Rock Canal, too, remain, essentially, sewers. Thousands of people will paddle big-tire waterbikes and rented kayaks and rowing shells through Buffalo Harbor this summer—in water that the Erie County Health Department never tests for fecal coliform the way the County tests the water at beaches. How about if somebody runs for Mayor or Erie County Legislature on a platform of testing the water at Canalside—and maybe even on cleaning up the water so that it doesn’t threaten our lives?

The truly radical greening of this region can best be achieved—for water, for energy, for re-urbanization of employment, and for an end to energy-squandering dispersal of our shrinking population—if our elected officials get serious about creating an empowered metropolitan planning organization.

That means regional government. That means regional planning. That means reviving what personal politics thwarted in 2004 when Joel Giambra’s political consensus, and the Greiner Commission’s blue-ribbon agreement, thwarted Buffalo’s best-ever shot at becoming a version of Hamilton, Ontario, the now-merged city-county that is growing up (more populous, new electric streetcars, new urbanism, new town-gown matchups) rather than shrinking and sprawling as we are. Right now, a citizen-led process to create regional government and regional land-use planning in Syracuse and Onondaga County is tied up in the micro-distractions of arguments over individual intersections, developments, and personal agendas.

But Onondaga County and Syracuse went big for the outsiders Sanders and Trump.

Central New York has many, many voters who just plinked against big-money insiders, status-quo politics, and economic royalism.

It’s an interesting dynamic—and the best mainstream politicians typically adopt everything for which assertive outsiders demonstrate a following. That’s how the big-money interests get brought into investing in renewable energy and urban revitalization. Take a look at Morgan Stanley’s website, in which the big investment banking house (recently fined many billions of dollars for its various perfidious acts during the Financial Crisis) boasts of its billions in green investments.

The lesson is this: If there’s a bold Boomer or Millennial who wants to challenge the mind-numb political status quo that consists of identity politics in the service of real-estate developers, there’s a ready constituency out there. Just count the votes for the outsiders, and follow their lead. Ideas matter.

Bruce Fisher is visting professor at SUNY Buffalo State and director of the Center for Economic and Policy Studies.